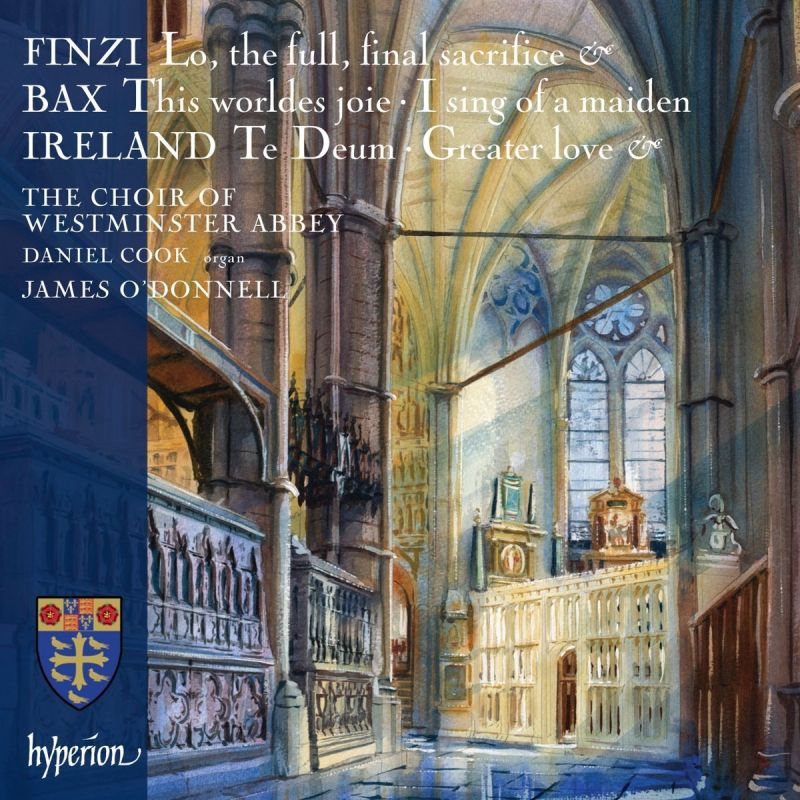 The Anglican choral tradition is shaped and defined as much by its buildings as by its choirs. Whether it’s St Paul’s Cathedral, the Chapel of King’s College, Cambridge, or the Chapel Royal, centuries of music have grown from and for these spaces. Westminster Abbey is one building with a long musical legacy but its spacious acoustic is both blessing and curse, as the choir’s latest disc makes clear.

Anthems from Finzi, Bax and Ireland should be a natural fit for the Westminster Abbey choir but again and again here it seems as though James O’Donnell’s musical choices are dictated by the constraints of the space, rather than evolving organically from the needs of the repertoire itself. Tempos are consistently slow – problematic for lighter, more lyrical works such as Bax’s I sing of a maiden and Ireland’s upper-voices anthem Ex ore innocentium – but there’s also an unexpected lack of flexibility and flow within these more stately speeds.

Compare the Finzi performances, for example, to those on the 2002 recording from St John’s, Cambridge. Both God is gone up and the Magnificat may have more heft, more gravitas under O’Donnell but the surging attack and sinewy tone of Christopher Robinson’s singers is much more thrilling. This disparity is particularly evident in the album’s centrepiece – Finzi’s expansive Lo, the full, final sacrifice. The work’s episodic structure begs for distinctively characterised, contrasting sections, yet the Choir of Westminster Abbey remain doggedly consistent, and much needed rhetorical clarity is lost in this space.

The choir’s diffuse tone – breathier in the upper voices than rivals at New College or even King’s, Cambridge – is very effective at softer volumes (Ireland’s Greater love works beautifully) but lacks blade at moments of climax, and some scrappy singing from basses too often gives chords an unfocused foundation on which to build. While it’s good to see Bax’s comparatively neglected anthems getting some attention, there’s little else here that isn’t better served on the rich variety of existing recordings.

God is gone up