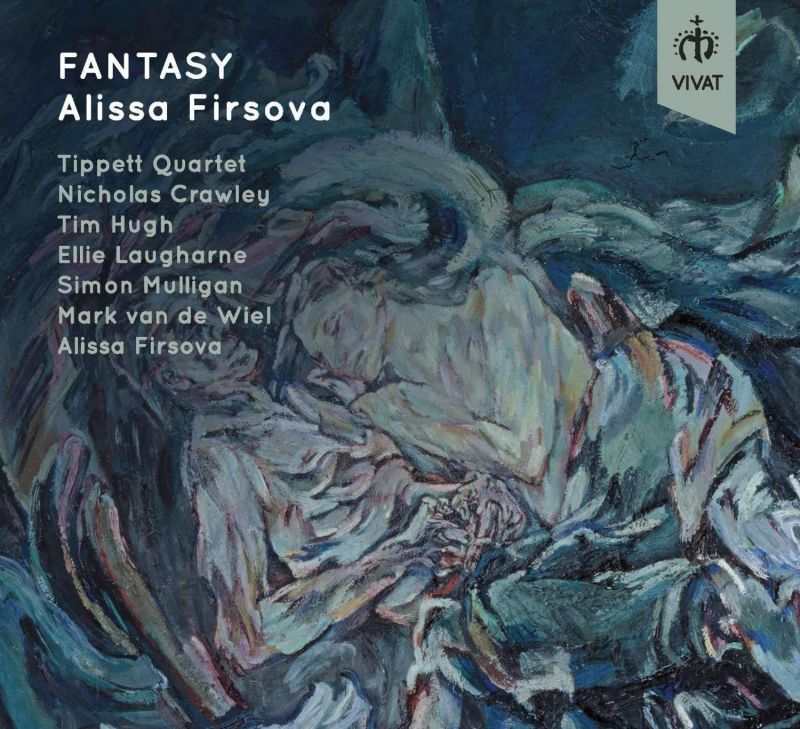 Alissa Firsova may be the mature side of 30 but this album radiates youth in all its wonder, complexity and heartening naivety. Any caveats implied by that observation are largely blown away by the ferocity of Firsova’s expression and there are countless moments on this disc where you feel her writing in the white heat of total inspiration.

Many of them come in Bride of the Wind for two pianists, a reflection on the love between Oskar Kokoschka and Alma Mahler that obviously yet transcendentally captures the idea of two souls so wrapped up in one another that their relationship is as fraught, precarious and charged as is its ecstatic. There are many levels on which Firsova harnesses that feeling: one pianist knowingly completing another’s thoughts; one instrument rubbing against the other like a huge, grinding hulk in an act that could almost prove fatal.

Much of the music here is explicitly linked to beautiful experiences in Firsova’s life. In Loss for clarinet quintet, we hear the gargantuan frustration of bliss: the idea that paradise knowingly excludes realities both mundane and horrific. Clarinettist Marc van der Wiel’s playing is hypnotic. In Tennyson Fantasy for string quartet, Firsova uses contradictory elements to temper the music’s gush, though there are moments here when romantic idealism gets the better of her.

Not, however, in the extraordinary passacaglia, which twists itself on to a single F natural and again speaks of the fragility of beautiful things and feelings. Masterly constructed, too, is Eternity for clarinet and piano, an expression of the eternal that Firsova was determined should last no more than two minutes. Ellie Laugharne’s striking delivery in ‘Here in Canisy’ is a little grand for the sense Firsova conveys – surely awestruck rather than striking awe – and it’s hard to discern the words. The Brittenesque augmented fifths and miniature blossoming episodes of this song and ‘Unity’ (for baritone) are highly evocative yet it’s remarkable that, despite using established forms and often rooting her music tonally or modally, no figure looms over Firsova’s shoulder to tell you any of this is received, learnt or overly influenced. A striking composer from whom I look forward to hearing more – especially, I hope it’s not too cynical to say, when life has given her more than the residual tragedy of paradise to reflect upon.

Bride of the Wind

Fantasy for Cello and Piano