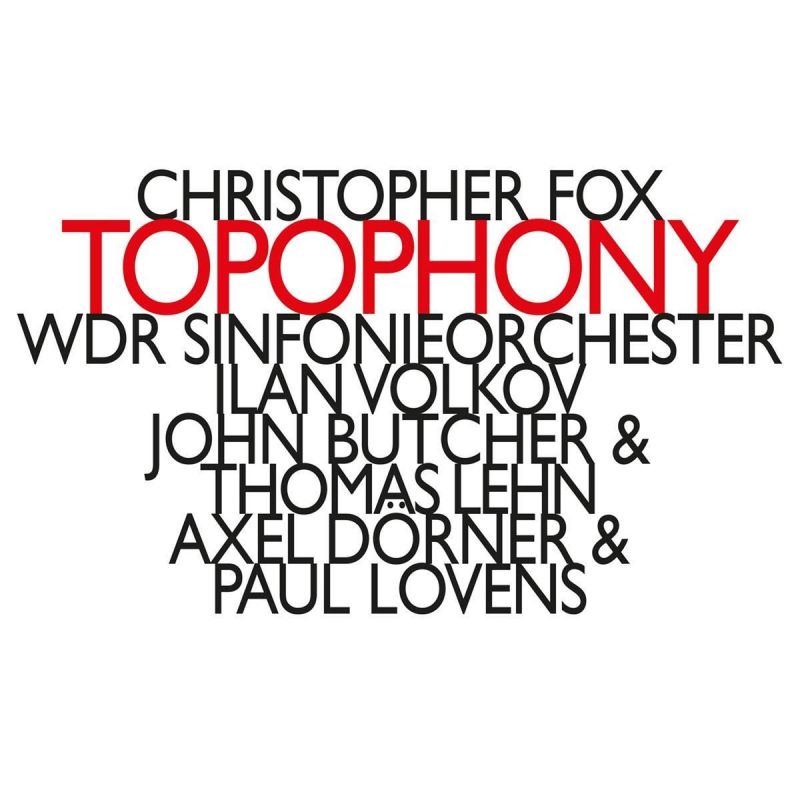 Calling a composition Topophony might suggest an emphasis on musical mathematics and acoustics. But the full title, ‘Topophony for orchestra, with or without improvising soloists’, promises an experience that proves to be far from austere or abstract. Christopher Fox (b1955) is skilled at using systematic processes flexibly, to overtly expressive ends. His music establishes textures that convey emotion through materials that are not obviously traditional – there is little sign of accompanied melodies or of phrases that are drawn to regular points of cadence and resolution. Yet Fox’s suggestion that Topophony resembles a landscape is a clue that the music’s meditative aura can be heard in ways comparable to very different British or Scandinavian works that also evoke cool, increasingly melancholy pastoral vistas: for example, Sibelius’s Tapiola or Holst’s Egdon Heath. Drifting counterpoints of sustained pitches form steadily shifting chords notable for their pull towards consonant intervals, and draw the listener in through very simple expressive nuances – slow swellings and fadings, occasional trills or tremolos, stuttering clusters of pizzicatos.

These elements are heard at their purest in the orchestra-only version of Topophony – track 2 on this disc. Framing it are two other versions in which pairs of improvisers are placed within the orchestra, not at the front in traditional concerto mode. Fox leaves them free to react to what they hear as the performance unfolds, and although none of them adopts a consistently anarchic, oppositional stance, their actions turn the meditation into a drama with a strong sense of ritual, intensifying the atmosphere created by the orchestra and also challenging it with initiatives that are the more striking for their relative brevity.

It’s a safe bet that the single harp-playing improviser at Topophony’s first performance in 2015 would have had a different relationship to the orchestra than the bolder-sounding trumpet and saxophone, with percussion and synthesiser support respectively, used in these recordings. But microphone placements help to ensure that the listener also has the sense of being among rather than separate from the players. No less important is the fact that the musical results, in performances of exemplary concentration, are absorbing enough to pre-empt the inevitable question – why listen to something involving improvisation more than once?

Topophony with Trumpet and Drum solos

Topophony with Saxophone and Synthesiser solos