Friends of the Lute 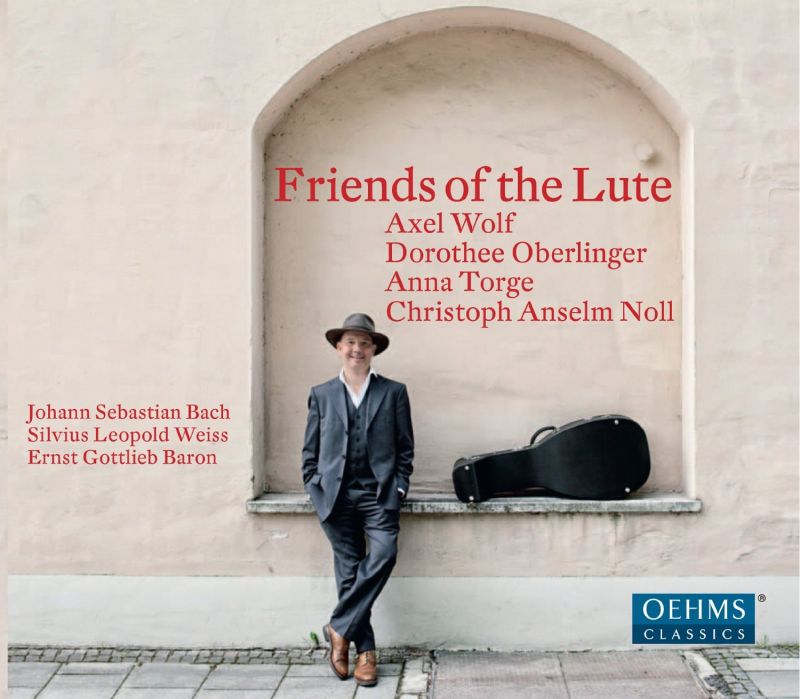 A fictitious letter excerpted in the booklet-notes to this attractive release paints a scene in which WF Bach ‘brings about an encounter’ between three men – JS Bach, Silvius Leopold Weiss and the latter’s student, one Herr Kropffgans. What follows is a Baroque jam session of sorts, with Bach on harpsichord, Weiss on lute and Kropffgans on mandolin. Apparently such a meeting did take place, though the letter writer wasn’t around to witness it. It’s a lovely image, and one that opens up all sorts of possibilities for a musical programme which in this case includes the alto recorder of Dorothee Oberlinger, who joins lutenist Axel Wolf and co for a delightful Musikabend.

Wolf separates the chamber works with some of Weiss’s lugubrious, improvisatory solo lute pieces, dispatching them with stylish sensitivity. For Weiss’s Concerto for lute and mandolin, which has been reconstructed from a work originally written for lute and transverse flute, Wolf is joined by Anna Torge, whose mandolin provides a delicate timbral contrast while also evoking the sweetness of the wooden flute.

The sweetness of Oberlinger’s recorder doesn’t have to be imagined in Ernst Gottlieb Baron’s Concerto for flauto dolce and lute – nor does her considerable dexterity, which animates a charming if unremarkable work. Much more substantial is Weiss’s arrangement for lute and harpsichord of Bach’s Sonata BWV1025, the rippling figurations and melodic interplay of the two plucked yet highly contrasting instruments giving Wolf and harpsichordist Christoph Anselm Noll much to sink their teeth into.

Friends of the Lute

Concerto for Recorder and Lute

Concerto for Lute and Mandolin