FURRER Works for Choir and Ensemble 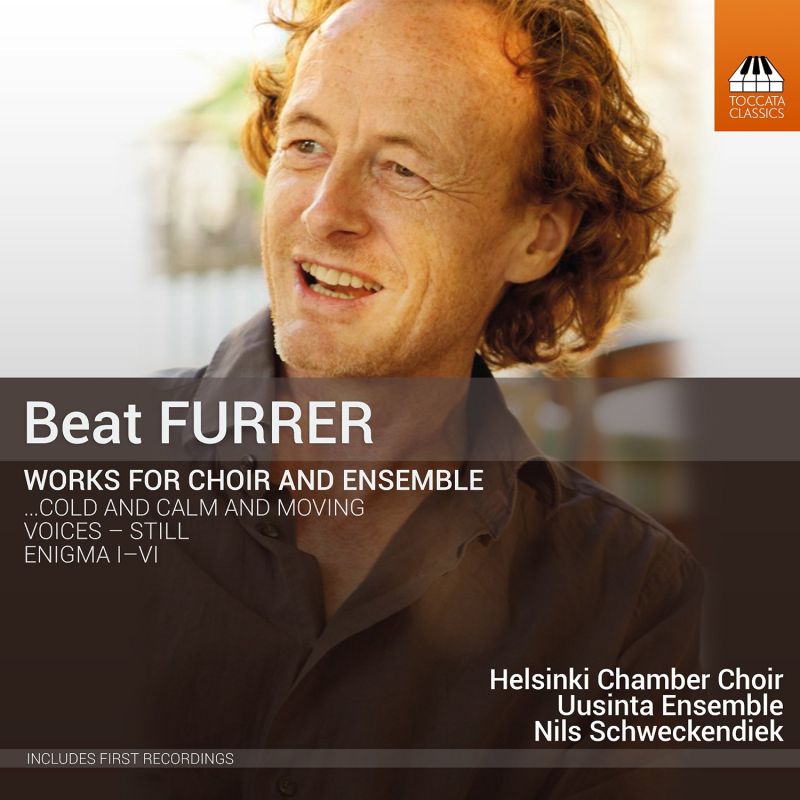 Ambitious ensemble works such as Nuun and operas including Fama, Begehren and Westenbuch (recorded on Kairos, along with as much else in a prolific output) have won the Swiss composer Beat Furrer (b1954) a high status in closeted avant-garde circles. This beautifully produced disc of choral music could usefully challenge that reputation and introduce him to a broader audience.

The first four of six a cappella Enigmas (2006 13) swell and throb around darkly mystical prophecies of Leonardo da Vinci while preserving line and sense. Such textual fidelity is dramatically splintered by the fifth in the series. Rough breathing and extended vocal techniques crumple and then shred Leonardo’s words into the ghosts and shadows that are the object of his disturbed contemplation. Where the dominant pitch direction was previously in descent to a piteously imagined abyss, the final Enigma, ‘On Metals’, inexorably rises through a thermal and abruptly vanishes.

The tests on performers are even stronger, the expression weaker and more diffuse, in voices – still (2001), which layers a lovely fragment of Virgilian pastoral over a previously composed ensemble piece. Restless, glittering textures offer much passing diversion on their way to another abrupt but satisfying conclusion.

Even so, Furrer’s mastery of timing emerges with a more instinctively felt sense of rightness from the initially loose-leaved pages of …cold and calm and moving (1992). Scored for a Feldmanesque ensemble of flute, harp and string trio, the notes hang in suspended animation with no special place to go, and no pressing need to go there. Quiet poise and patience are required both by listeners and by performers, and supplied by the Uusinta Ensemble. As well as conducting with a sure hand, Nils Schweckendiek has written useful booklet notes.

FURRER Works for Choir and Ensemble

...cold and calm and moving