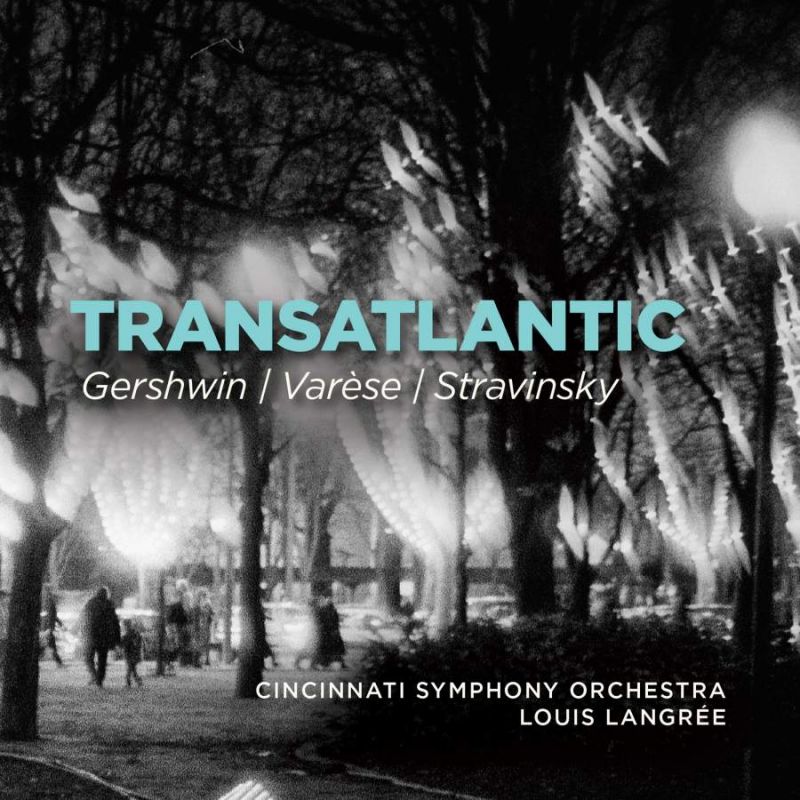 Here’s the recording premiere of a new critical edition of Gershwin’s An American in Paris, and it’s given in two performances: one that reinstates 104 bars excised from the score published in 1929 and the other in its familiar form without. Actually, those 104 bars can be heard on a Naxos recording by Gerard Schwarz and the Seattle Symphony, although without the new editorial emendations (presumably Schwarz was working from the facsimile edition published in the 1980s). The missing bars were cut in four chunks from the score’s final minutes and show Gershwin drawing various melodic strands together and putting them into new (and surprisingly daring) harmonic contexts. Although it’s only two and a half minutes of extra music in total, these bars alter the work’s dramatic arc. As for the textural changes, many are minor and deal with matters of phrasing and articulation but some are quite audible – particularly the corrected pitches of the car horns, which are more picturesquely cacophonous, and the saxophone parts, which were greatly simplified when the work was originally edited for publication by Frank Campbell-Watson.

In an extensive interview printed in the CD booklet, Louis Langrée says that he studied Gershwin’s piano roll as well as the 1929 recording by Nathaniel Shilkret and the Victor Symphony Orchestra (with the composer playing celesta), and tried to avoid making it swing too hard because ‘swing arrives in the ’40s, not in the ’20s when ragtime is the predominant style’. And rightly so. In fact, his interpretation is exceptionally clear (the crystalline recorded sound helps a great deal), and dances and shimmies without getting carried away. Some may find it a tad cool, but I rather like its air of Parisian elegance.

The couplings, playing on the ‘transatlantic’ theme, are inspired. Langrée’s reading of the original 1922 version of Varèse’s Amériques may not be as joyously wild as Ludovic Morlot’s from Seattle (on that orchestra’s in-house label), but it still has gobs of character. I love the toreador-like swagger of the strings beginning at 8'03", for example, and the feral élan of the brass in the Sacre esque fanfares at 12'58". Indeed, Langrée has the Cincinnati Symphony playing at an extremely high level, and this is perhaps most evident in Stravinsky’s Symphony in C (composed half in France and half in the US). Truth be told, there haven’t been too many wholly successful recordings of this exceedingly tricky work, and this is the best in a long while. Crisply articulated, rhythmically alert and charmingly tart, it also abounds in expressive detail. Listen to the Larghetto concertante, where one can discern a subtle lamenting quality beneath its ornate classical facade – a reminder that Stravinsky wrote this following the deaths of his wife, daughter and mother. I only wish Langrée had the winds play the Symphony’s last chords pianissimo, as written, but the effect is still extremely moving.

Anyone who loves Gershwin’s evergreen score should hear this revelatory recording. The entire programme has already given me many hours of pleasure. Urgently recommended.

(An) American in Paris

(An) American in Paris