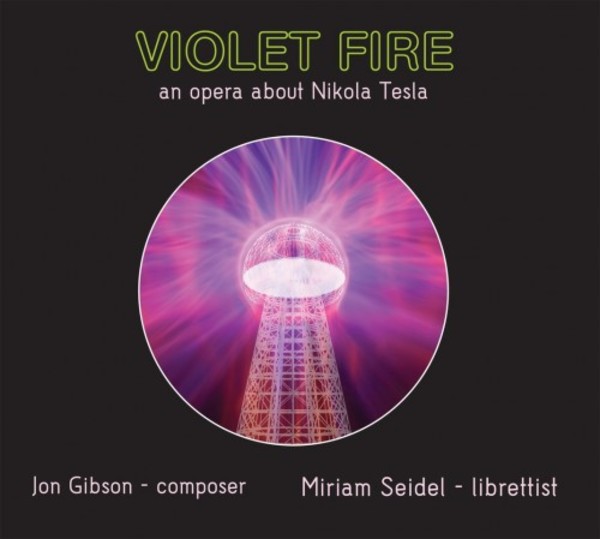 His name may not be the first to spring to mind when discussing American minimalist music, but Jon Gibson has played an influential role in the development of the form both as performer and composer. During the late 1960s and early ’70s he worked alongside all four of its main proponents, La Monte Young, Terry Riley, Steve Reich and Philip Glass – the only musician to do so – and has remained an integral member of Philip Glass’s ensemble since its formation in 1968. Both Reich and Glass wrote important early pieces with Gibson’s virtuoso soprano saxophone-playing in mind.

While all this was going on, Gibson also produced several important pieces that explored both the repetitive, pulse-based minimalism of Reich and the drone-like sounds of Young. Thirties (1970), for mixed instrumentation, remains an early minimalist classic. Yet Gibson’s music has gone under the radar, which is also – quite literally – the case with the pioneering scientist and engineer Nikola Tesla, the subject of Gibson’s 2006 one-act opera Violet Fire.

Born in present-day Croatia in 1856, Tesla’s groundbreaking experimentation involving electricity, wireless communication and X-ray imaging was largely eclipsed by the achievements of others working in the area, such as Edison and Marconi. Tesla’s ambitious plans to build the first long-distance transmission tower in Wardenclyffe, Long Island, in 1917 eventually floundered due to lack of funding. The scientist died in relative poverty and obscurity in New York City in 1943.

These two events bookend the opera’s six scenes. Full of gently pulsing pedal points, Morse code-like patterns, catchy folk melodies, incantatory percussion and habanera-style rhythms, Gibson’s understated score forms an appropriate musical backdrop, subtly illuminating tensions that existed in Tesla’s life such as his public and private personae or thoughts on science versus nature. The songlike duet between Tesla and the White Dove in scene 3, or Tesla and the chorus’s haunting concluding reflections on his childhood in scene 6, appear to draw as much from the Broadway tradition as anything else. Indeed, Violet Fire’s dramatic structure and expressive character in general owe more to musical theatre than to opera. Perhaps the work occasionally misses the edgier, visceral sound and energy of early minimalism. Playing the main role, tenor Scott Murphree is commanding throughout, with soprano Marie Mascari as the White Dove, contralto Solange Merdinian as Tesla’s closest female friend, Katherine Johnson, and baritone Greg Purnhagen as the ever-inquisitive news reporter, all providing adequate support.