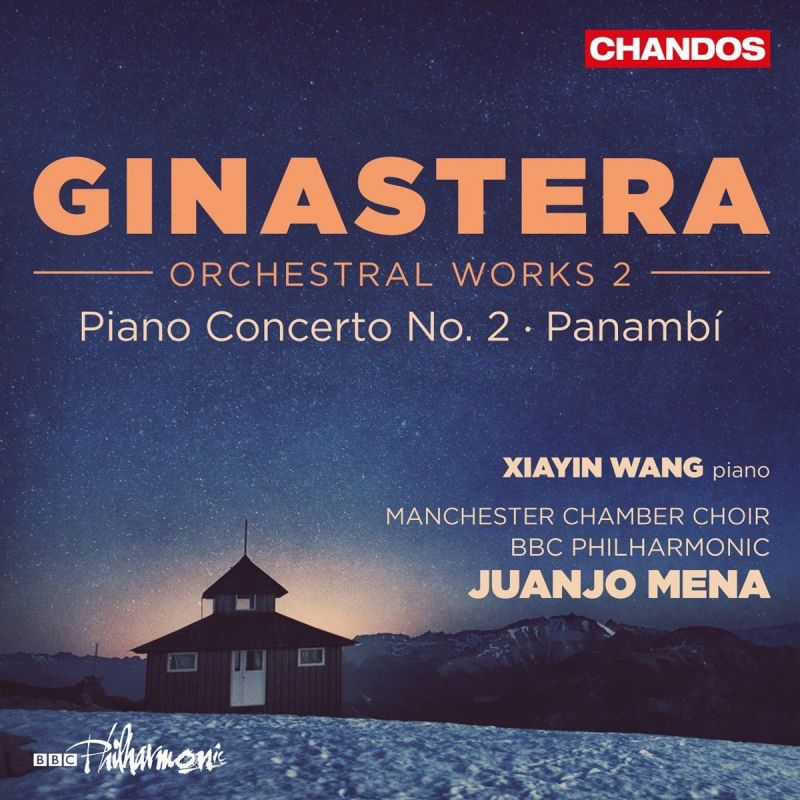 Ginastera was still a teenager when he began writing Panambí (1934 37). The concert suite he extracted from the nearly 40-minute ballet score helped establish his reputation, and has since found a place on the fringes of the repertoire. The complete ballet, however, is a rarity. This is, to the best of my knowledge, only its second recording.

Ravel and Stravinsky were obvious influences here, along with Debussy and Bartók (I hear traces of The Wooden Prince, too). Yet what’s remarkable is how Ginastera already sounds like Ginastera, even when he’s pounding out Rite-like rhythms or painting sensuous backdrops à la Daphnis. Not only that, but there’s an irresistible ebb and flow that attests to the sureness of the young Argentinian composer’s theatrical instincts.

Gisèle Ben-Dor’s pioneering account (originally made for Conifer and reissued by Naxos) is rhythmically tauter and more supplely phrased than this otherwise admirable new version led by Juanjo Mena. I also prefer the richly characterful playing of the LSO to the BBC Philharmonic. On the other hand, Chandos’s engineering is spectacular and truly enhances the music’s impact.

What makes this new disc particularly valuable, though, is the performance of the Second Piano Concerto (1972). In the self-proclaimed ‘neo-expressionist’ works of his later years, Ginastera experimented with a variety of modernist compositional techniques – not always convincingly. Here, however, everything works. The thematic material is derived from the dissonant, crunching chord that opens the finale of Beethoven’s Ninth Symphony, and there’s a touching sense throughout the work of glancing back at the past while still looking resolutely ahead.

Xiayin Wang is jaw-droppingly impressive. She makes music out of even the most jagged phrases, and the BBC Philharmonic outclass all of the recorded competition in both finesse and commitment. I’d always thought of this work as inferior to the more popular First Concerto; this recording has made me seriously reconsider that opinion.