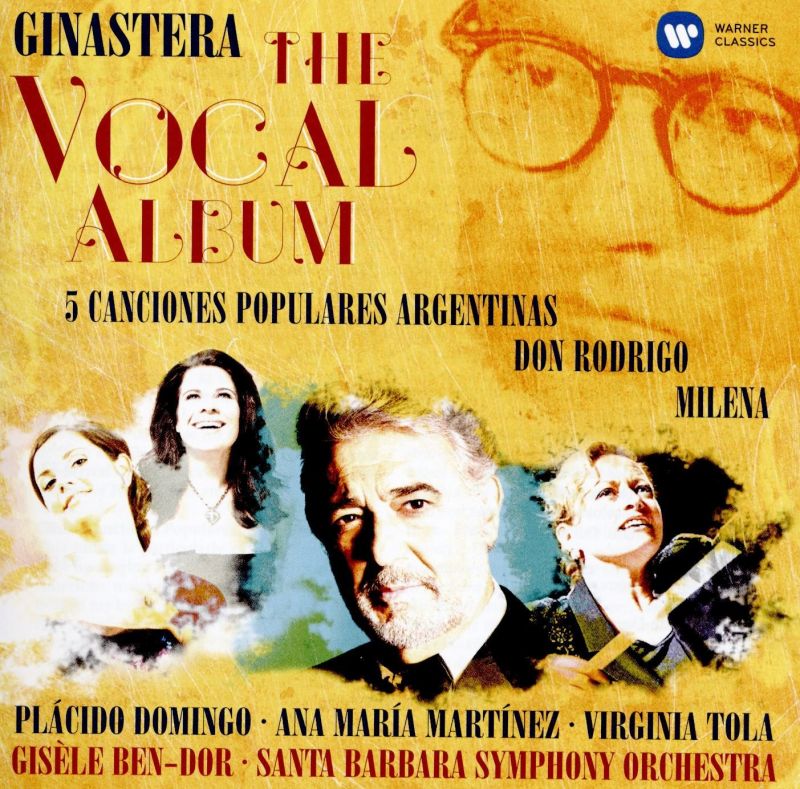 Plácido Domingo sang the title-role in the US premiere of Alberto Ginastera’s Don Rodrigo with the New York City Opera in February 1966, inaugurating the company’s new home at Lincoln Center. Domingo’s career skyrocketed from there – although, sadly, neither Ginastera’s opera nor the City Opera itself fared quite so well. Thus there is no complete recording of Don Rodrigo, the first of Ginastera’s three operas (only Bomarzo was recorded in full and even that never made it to CD), so we must be especially grateful to Domingo for paying homage to his youthful triumph with these excerpts.

Pirated recordings of those 1966 City Opera performances are readily available, however, and comparing them with this new account, it’s astonishing how fresh Domingo still sounds 50 years later. It’s all the more impressive, considering that Ginastera’s score is comparable to Berg’s Lulu both stylistically and in its extreme technical demands. In fact, Domingo sounds far more expressive and fearless here, navigating the precipitous vocal lines with ease.

Reviewing the City Opera’s landmark production, New York Times critic Harold C Schonberg praised Ginastera’s ‘compositional surety’ but lamented the ‘lack of anything touching the heart’. Yet, in this account, the passion is palpable and often profoundly moving. Domingo conveys Rodrigo’s compulsive, destructive ardour with conviction and, more importantly, compassion. Virginia Tola is somewhat aloof as Florinda, the object of Rodrigo’s obsession, but shows more of her emotional mettle in Milena, Ginastera’s harrowing monodrama based on Kafka’s love letters. Phyllis Curtin, who recorded this cantata in the ’70s (Phoenix), offers greater richness and variety of tone; but Ginastera set the text in Spanish and, ultimately, Tola’s fluency packs a stronger punch.

The programme opens with a setting of popular Argentine songs in colourfully effective yet respectful orchestral arrangements, and Ana María Martínez sings them with gusto and an appropriate feeling of bittersweet nostalgia. Gisèle Ben-Dor draws secure and characterful playing from the Santa Barbara Symphony throughout.