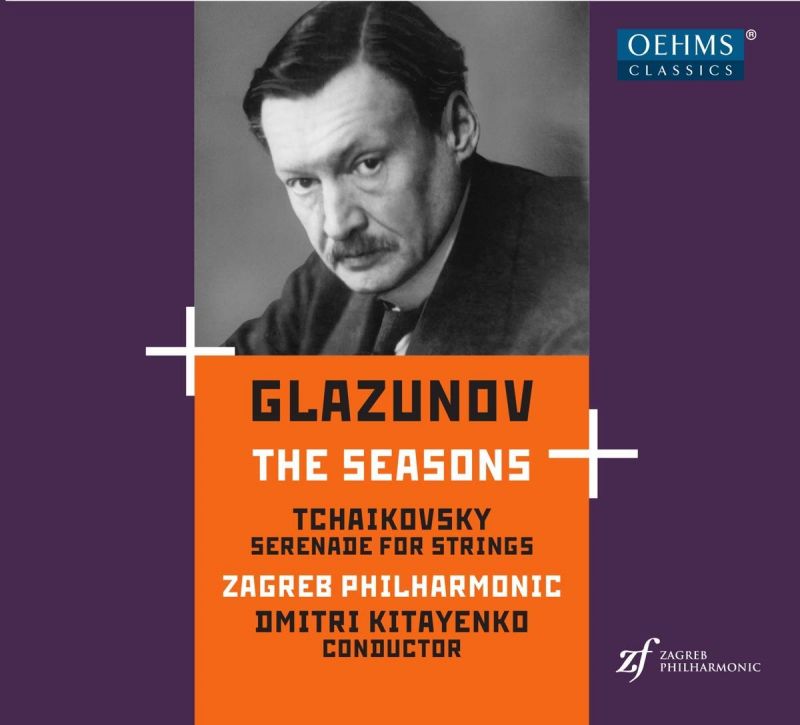 It’s hard to imagine any new recording of Glazunov’s The Seasons being anything other than a pleasure. It’s not that The Seasons is under-recorded, just that it’s one of those pieces that grows in stature the more frequently you hear it, and I genuinely tried quite hard to enjoy this new recording from Dmitri Kitaenko and the Zagreb Philharmonic.

Kitaenko places the opening chords of ‘Winter’ with great deliberation, and they demonstrate one of this disc’s best qualities: the depth and warmth of the bass sound. It’s imposing, and the suggestion that Kitaenko is approaching the score as absolute music is reinforced by the expansive grandeur of his barcarolle in ‘Summer’ and the Petit adage in ‘Autumn’.

All fine, as far as it goes. There’s much to be gained by treating The Seasons as (to borrow Ravel’s phrase) a choreographic symphony. But it’s still a ballet, and many of Kitaenko’s ponderous, sluggish tempos feel wholly undanceable. The final ‘Bacchanale’ lacks verve, the ‘Waltz of the Cornflowers and Poppies’ has hobnail boots, and the fine Zagreb wind principals sound audibly uncomfortable with Kitaenko’s speeds in the ‘Snow’ variation (too slow) and the big clarinet solo in ‘Summer’ (too fast). I’ll be sticking with Järvi and Svetlanov for now, both of whom also have brighter recorded sound.

The coupling – a beefy, symphonic account of Tchaikovsky’s Serenade for Strings – owes very little to Tchaikovsky’s avowed inspiration, Mozart. Tempos throughout are broad, and while the Zagreb strings do phrase together rather beautifully towards the end of the Elegia, the opening Andante non troppo is funereal. Of course, you might feel it’s none the worse for that. You pays your money, you takes your choice.