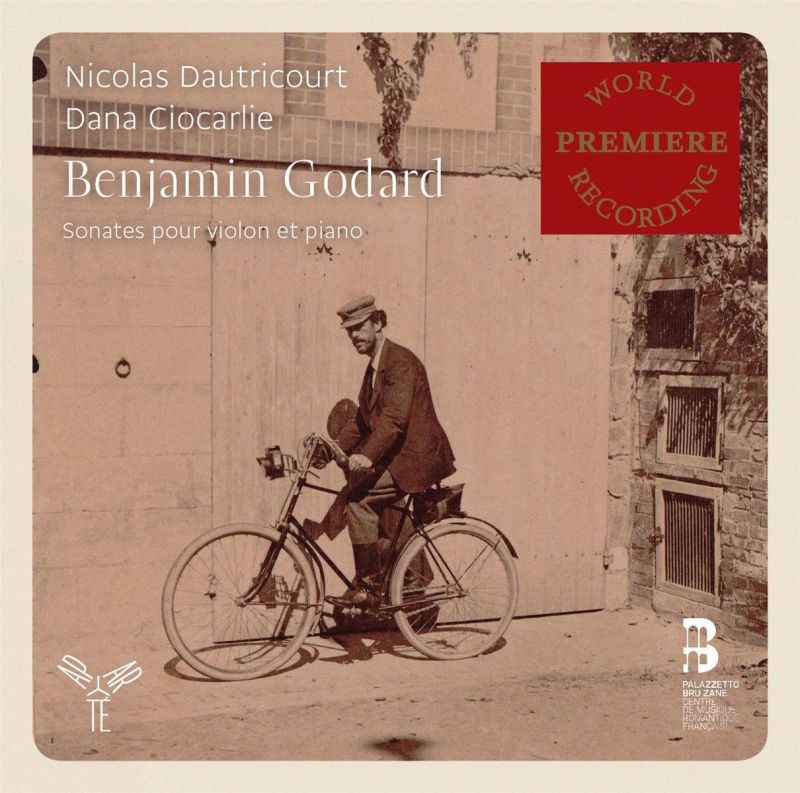 Benjamin Godard trained as a violinist before turning to composition. Though he soon expressed a marked preference as a performer for the viola, many of his early works were written for his original instrument, including four sonatas, composed between 1866 and 1872. As a set they are uneven, and modern taste, I suspect, may well overturn the judgement of his contemporaries, who preferred the Fourth to the other three.

Hearing them together you inevitably notice stylistic points in common: an operatic approach to slow movements, which sound like bel canto arias without words; a debt to Mendelssohn in scherzos or intermezzos; and an emphasis on expressive passagework rather than double- or triple-stopping at moments of climax or crisis. Yet the differences are also considerable. The first pair were completed contemporaneously in 1867, and the Second, taut yet passionate, with not a note wasted, reveals considerable advances over its companion, where the thematic material can be unremarkable and Godard’s fondness for extended passages in octaves becomes a mannerism. The Third (1869), written for the piano-playing Princesse de Chimay and her violinist husband, has been dismissed as salon music, but the consistently striking quality of its thematic material and the exquisite writing for both instuments stand comparison with Fauré: many, I suspect, will nowadays prefer it to the Fourth, a grand virtuoso showstopper, which at times sounds curiously like a concerto performed with piano reduction.

The performances are consistently strong. Nicolas Dautricourt permits himself to be flamboyant in the Fourth but is nicely restrained elsewere, his phrasing immaculately shaded: a touch of metal in his tone prevents the music from turning towards sentimentality, an all too frequent danger with Godard in performance. Dana Ciocarlie is superb throughout, poised yet intense, and wonderfully limpid in the Third Sonata, its arpeggiated firgurations done with breathtaking delicacy. The recording itself is as warm and clear as one could wish.

Sonata for Violin and Piano No 4

Sonata for Violin and Piano No 2

Sonata for Violin and Piano No 3