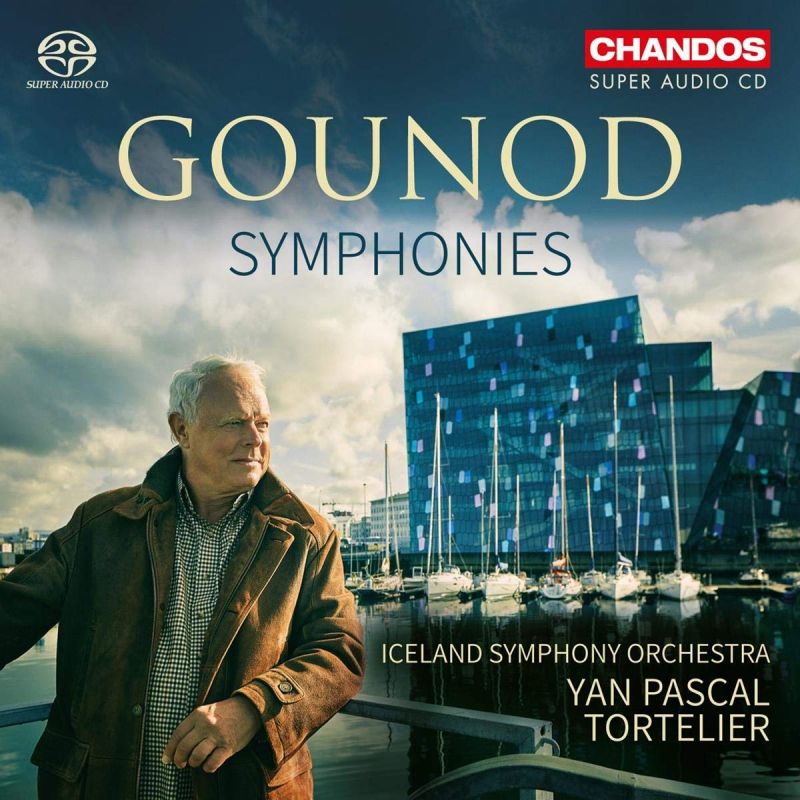 ‘Write me symphonies like Beethoven’s and I’ll play them!’ Jules Pasdeloup told Charles Gounod. Nowadays, we associate the French composer with operas – principally Faust – and his kitschy reworking of Bach which ended up as the Ave Maria. His two symphonies, composed a few years before Faust hit the boards of Paris’s Théâtre Lyrique, are rarely performed, which is something of a mystery. They’re rarely recorded too, with perhaps Neville Marriner’s with the Academy of St Martin in the Fields being the most prominent.

Judging by the relaxed cover photograph in front of Reykjavík’s Harpa concert hall, Yan Pascal Tortelier is settled at the helm of the Iceland Symphony Orchestra. Its chief conductor since 2016, he brings wit and charm to this delightful pair of works.

The First Symphony was composed in 1854 55, although Gounod drew on a work written in Rome a decade earlier as the opening movement. It is carefree and sunny in style and it’s no surprise that it inspired Bizet, who arranged it for piano duet, to write his own Symphony in C. Haydn is a definite influence – breezy spirits, the ‘wrong key’ for the start of the second half of the Minuet, the Trio with its musette-like drone – but there’s Mendelssohn too, who encouraged Gounod, telling him not to bother with opera! There’s a spring in Tortelier’s step with the Icelanders, a sappy bounce to the opening Allegro molto. The Allegretto moderato trips along and the Scherzo has bucolic weight. There’s a vitality about the ISO’s finale which is even more winning than the ASMF’s account, especially given the excellent Harpa acoustics. The strings are alert and light and the woodwinds attack Gounod’s melodious writing with élan.

If Haydn is the influence on the First, it is Beethoven who looms large over the Second, more serious in tone with dramatic changes in dynamics and heavy sforzando markings. The Adagio introduction, in brooding E flat major, is Gounod’s ‘Eroica’ moment, although the Frenchman cannot really bristle with anger to the same extent. Tortelier scores over Marriner here by observing exposition repeats and the Icelanders tackle it with relish. The aching string tone in the Larghetto is wonderful and the woodwinds propel the Scherzo along joyously. There’s no Beethovenian Sturm und Drang for the finale, just Gallic joie de vivre, which makes one regret that Gounod never returned to the symphonic form again.