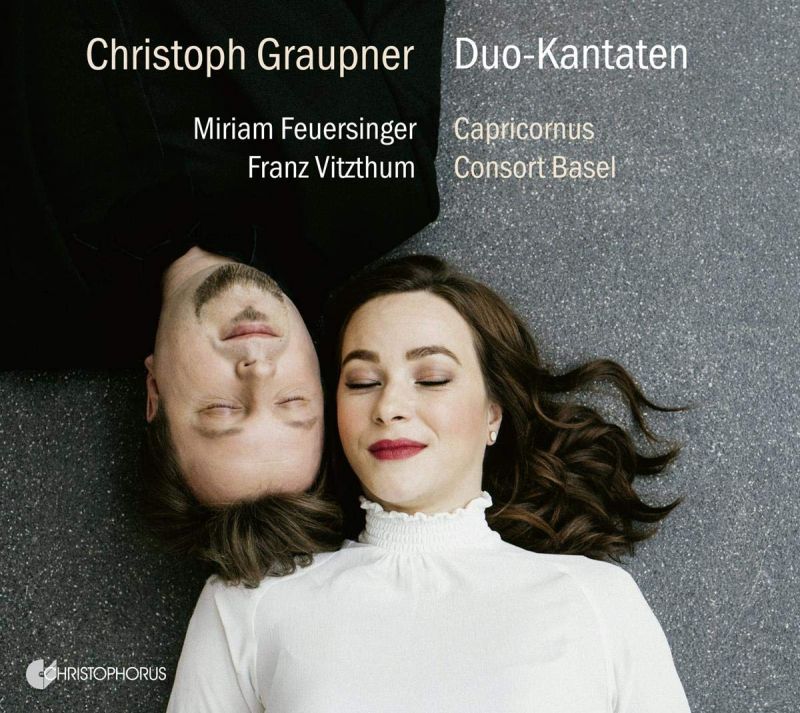 Poor Christoph Graupner. The general consensus about the composer (a pupil of Kuhnau’s and a contemporary of Telemann and Handel) is that his greatest contribution to musical history was his absence: it was his refusal of the role of Cantor at Leipzig that cleared the way for one JS Bach to take the position.

But the composer really is more than a novelty footnote in musical history, as a steadily growing (and now really quite substantial) discography has proved. This latest addition is another attractive reminder of a composer whose distinctive voice combines the languorous harmonic beauty of Kuhnau with a restraint and sense of melodic line that’s much closer to Bach.

Soprano Miriam Feuersinger and countertenor Franz Vitzthum here join Peter Barczi and the Capricornus Consort Basel for a selection of the composer’s duet cantatas. Sacred texts keep Graupner’s naturally operatic instincts in check but he still sneaks in plenty of human drama, delighting in the metaphorical friction of male-female duets.

If the cantata Waffne dich, mein Geist, zu kämpfen is gracefully pretty – rarely rippling the musical surface – then the opening Demüthiget euch nun finds an altogether richer vein of musical emotion. The aria ‘Bücke dich’ for soprano and Eva Borhi’s balletic solo violin is a rapt meditation, while the duet ‘Ich bin gedruckt’ from Wenn wir in höchsten Nöthen seyn paints despair in the most sensual of colours.

The stern, Lutheran beauty of Feuersinger’s soprano is nicely offset by the breathier humanity of Vitzthum but they are, if anything, outdone by the ravishing beauty of the instrumental contributions. The opening overture Le desire is proto-Romantic chamber music, while the Grave, GWV218, pairs Borhi with Barczi himself in a delicious mesh of solo violin lines over continuo. Shivers-down-the-spine lovely.