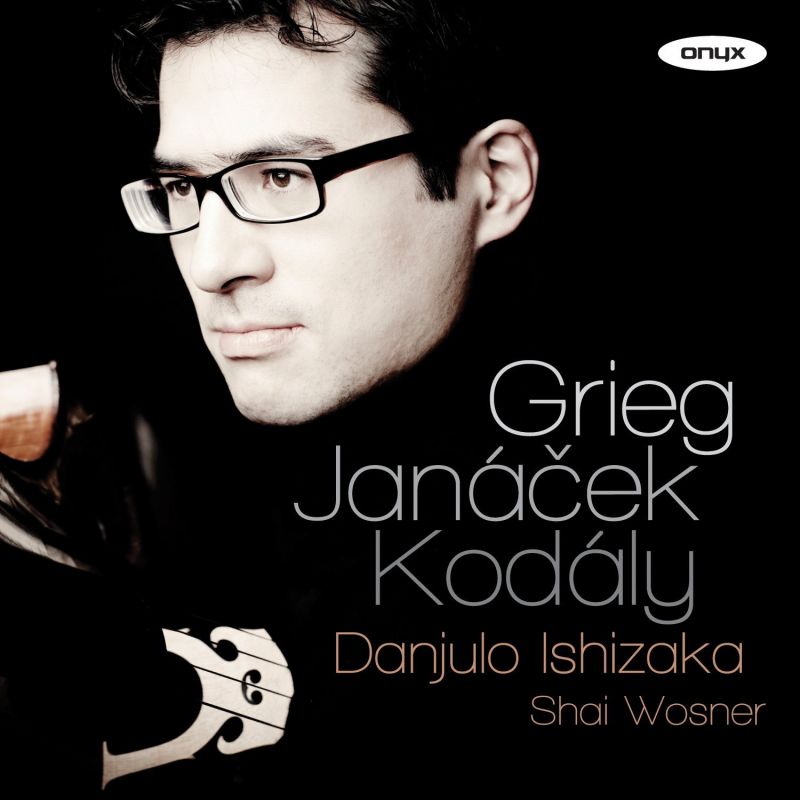 Danjulo Ishizaka is German-Japanese and frequently cites both cultures as deeply influential on him. In the early stages of his career he was a frequent winner of competitions, yet he maintains a ferociously individual voice; and he is a successful collaborator with many of the most respected orchestras in the world, yet is often most highly praised for his recital work. The only area in which there seems to be no contrast or conflict is over his prodigious technique, and to hear him live is to appreciate not only how free of any technical boundaries he is but also how that has translated into his performances as a disarming lack of egotism.

It’s unsurprising, then, that his first solo disc for Onyx should use such an arresting combination of mainstream and exceptional repertoire. The disc appears, on first view, to be aiming towards the highlight of the monumental Grieg Sonata, by way of works by Janá∂ek and Kodály that present cultural differences and similarities with a surprising starkness. But it is in the Kodály that Ishizaka seems most at home: its combination of wit and mixed traditions combined with a heartfelt commitment to its own folkloric roots gives Ishizaka the most scope to showcase his extraordinary palette of artistry. From the dark expressivity of the slow movement of the Kodály to the phosphorescence of Janá∂ek’s Presto, this dazzling recital can leave the listener in no doubt of the specialness of Ishizaka’s playing.