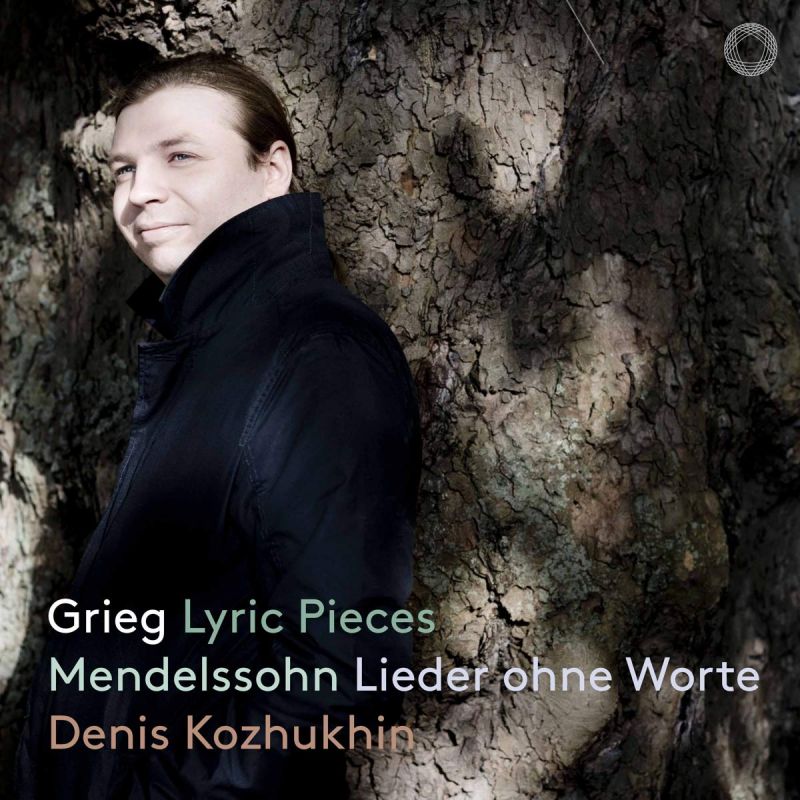 Once in a while a piano recording comes along that really plucks at the heart-strings. Denis Kozhukhin’s compilation of miniatures by Mendelssohn and Grieg is one such. First prize-winner at the 2010 Queen Elisabeth Competition and third prize-winner in 2006 at Leeds, the Russian has already proved – most memorably in his concerto debut recording of Grieg and Tchaikovsky (5/16) – that he has the ability to illuminate familiar, over-played pieces with his imaginative musicality. Now, in deceptively straightforward repertoire, we get a subtler but if anything even more delicious taste of his creative and poetic pianism.

As Harriet Smith has put it, if listened to en bloc, there can be a danger of aural toothache with Mendelssohn’s Songs without Words, even when delivered by the finest hands. Well, either I have developed a terribly sweet tooth or else Kozhukhin is even finer than his rivals, because I only wish he had recorded the whole lot, so that I could savour them all in one continuous binge. Kozhukhin has converted even a slight Mendelssohn-sceptic like me (in particular when it comes to these miniatures) not just to yield to them as a listener but to want to take them straight to the piano and play them through. He brings to the table a perfect balance between spontaneity and control, teamed with infinite variety of touch and timbre. Every phrase is imbued with sensitivity and luminous beauty. Even when the textures are apparently similar (as, say, in the first two items on the disc), he succeeds in placing each piece in its own unique expressive world and sonic landscape.

I don’t think I’ve ever heard so much Schubert in Mendelssohn’s Songs. In the dreamiest numbers, such as the famous ‘Venetianisches Gondellied’, Kozhukhin keeps a more natural momentum even than, say, Javier Perianes (subject of HS’s glowing review: Harmonia Mundi, 12/14), avoiding sentimentality but without ever compromising the mood of reverie. Unlike Perahia (Sony Classical, 3/00) – few finer hands than his, you would think – Kozhukhin doesn’t rush in the interests of agitation. Compare his haunting take on Op 30 No 2, where every Schubertian turn is savoured and every phrase allowed to be sung through. And if Barenboim’s enthralling account of this Song (DG) seems to come straight out of the feverish world of ‘Erlkönig’, Kozhukhin’s has the subtler allure and fatalism of the first of Schubert’s late Three Pieces, D946.

It’s not just the interpretations but also Kozhukhin’s choice of Songs that is exquisite. It’s as though he has devised an overall narrative – a secret neo-Schubertian song-cycle, perhaps. How profoundly touching, for instance, to place the wandering and nostalgic Op 67 No 2 right after the funeral-march Op 62 No 3. And with the brilliant ‘Spinnerlied’ and finally the deceptively naive ‘Kinderstück’, Kozhukhin as it were adds three dots to the finality of death: death as our ‘wedding with eternity’ (who would have thought that these simple, intimate pieces could evoke the most profound of Rumi’s mystic odes?). Every choice of timbre, tempo and agogic inflection seems to point up the dramatic and musical connections that hold the entire selection of Songs together.

Kozhukhin’s pick of Grieg’s Lyric Pieces is equally inspired. Again we have not just a randomly varied assembly of pieces but an over-arching story. Kozhukhin is responsive not only to the Griegian sound world but also to the individual character of each piece, giving due place to fantasy and a touch of the fairy-tale. Even at third or fourth hearing, new expressive turns and visionary interpretative choices emerge. Listen out for the fractional delays in the dancelike numbers, for example, and see if they don’t bring a smile to your face. Andsnes (EMI/Warner, 4/02) makes for an interesting comparison here, in that the Norwegian has a somehow more solid, more central conception of this repertoire, but not necessarily a more riveting one. Take, for instance, the Waltz, Op 12 No 2, where Kozhukhin is the more unpredictably capricious. These are performances worthy of a place on the shelves beside the classic Gilels (DG). From the ‘once upon a time’ opening of the ‘Arietta’ to the subtly rhetorical ‘Elegy’, with its constant questioning intonations, to the almost frenzied jubilation of ‘Wedding Day at Troldhaugen’, this is an extraordinary journey, made all the more enjoyable by top-class recording quality and Nigel Simeone’s delightful booklet essay.