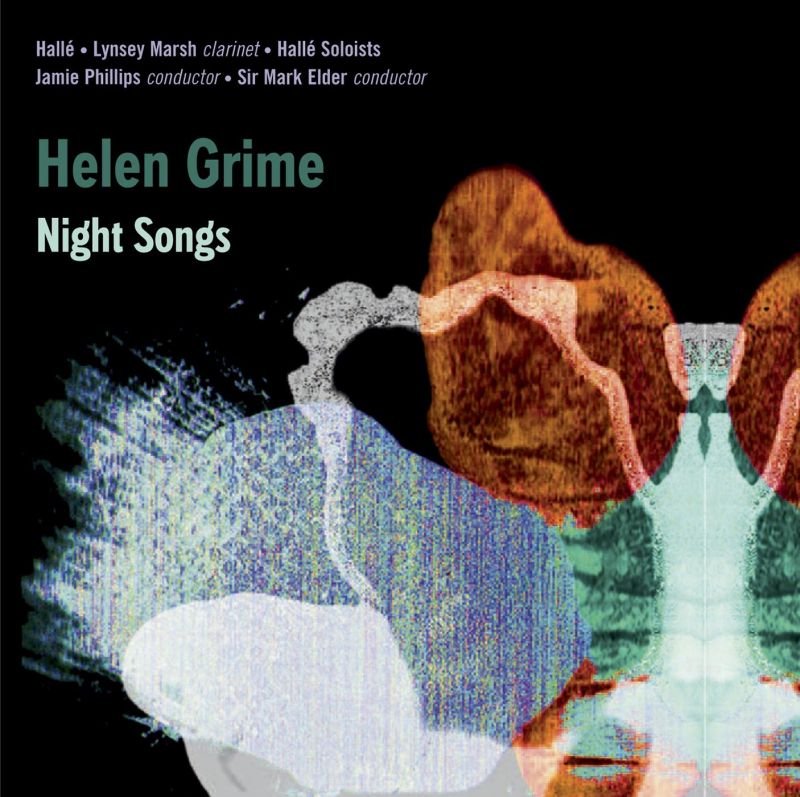 In the six years since she first came to prominence, Helen Grime has gone on to write several further works for orchestra and ensemble, so making this disc a more than usually inclusive overview of her output to date. Virga has had a number of high-profile hearings, underlining the resourcefulness with which its initially intricate textures open out to reveal an unadorned violin line whose evolution also brings a transformed reprise of earlier material. This process of change and return is further refined in the string sextet Into the faded air, with its dextrous interplay of duos and trios, while continuous development cuts across the three movements of the Clarinet Concerto with its improvisatory central cadenza leading to an otherworldly finale.

A concertante aspect is more obliquely evident in A Cold Spring, with horn emerging as first among equals in the luminous central movement, whereas the remaining pieces are all through-composed designs that draw on larger forces. Everyone Sang unfolds as multiple elaborations of its initial melody towards a chorale-like apotheosis, then Night Songs focuses on contrast between its twin melodic lines as affords the most equivocal of resolutions. Most impressive is Near Midnight, with its strangely amorphous activity – made audible through the assured orchestral handling – as amply evokes the fatalistic poem by DH Lawrence that inspired it.

The performances are a tribute to the dedication of the Hallé players, whether in orchestral or ensemble guise, and have all been recorded with the spaciousness and immediacy which this music needs. Detailed notes and striking booklet artwork enhance a strong recommendation.

Into the faded air