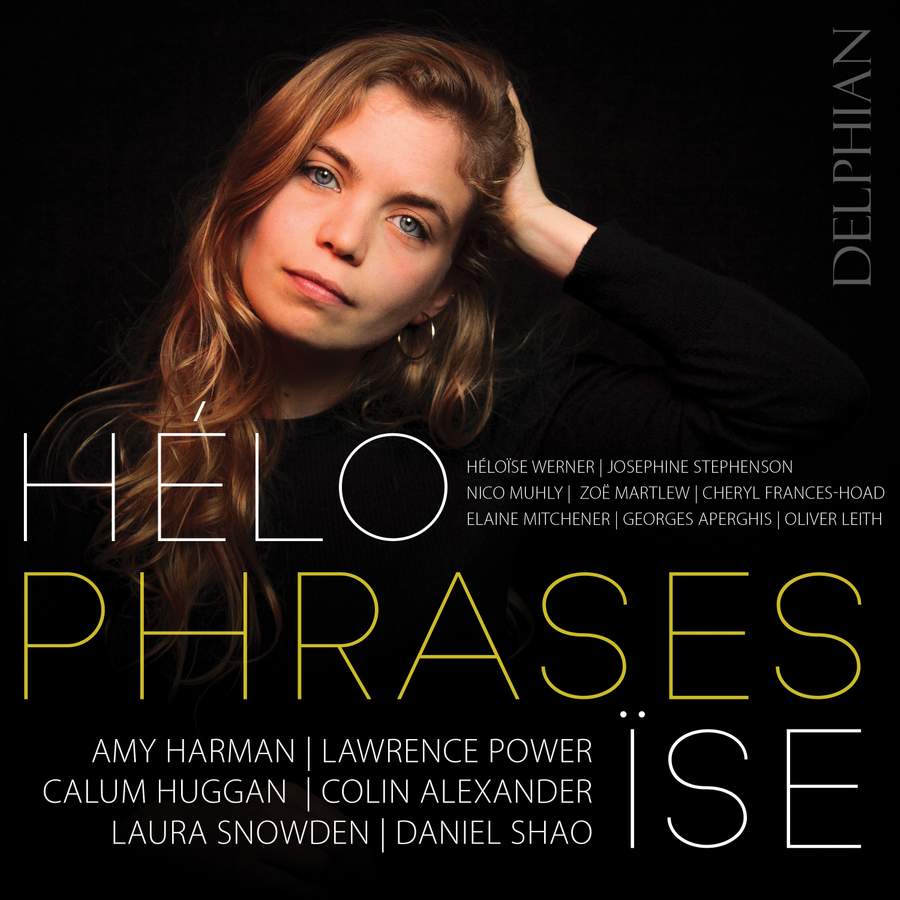 It is hard not to be in awe of Héloïse Werner: a soprano of extraordinary range, tone and vocal abilities, possessing a seemingly inexhaustible expressive range, whether singing, speaking or – as in Elaine Mitchener’s curious, nightmarish, baffling whetdreem – sighing, moaning, and is that snoring at one point? She is no mean vocal actress, either, as her rendition of Cheryl Frances-Hoad’s Something More Than Mortal, based on fragments from Ada Lovelace’s letters, attests. The comparisons with Cathy Berberian and Meredith Monk quoted in Delphian’s booklet are no exaggeration; there is something of Jane Manning, too, in her astonishing facility for contemporary music – unsurprisingly, as Werner is a composer and arranger of subtle imagination. Oh, and did I mention that she is a cellist as well?

Her instrumental acumen is only evident using the cello as a percussion accompaniment in the vibrant Syncopate (composed with cellist Zoë Martlew), one of two brief extracts from her solo opera The Other Side of the Sea (the other track is Confessional, where she plays a crotale). In both pieces, wordplay – whether sung, spoken or half-sung – is the crucial element of the musical effect. So, too, in the four Récitations by Georges Aperghis, from the set of 14 for solo female voice (1978). No 3 is purely verbal (alas, none of the texts for the Récitations are included in the booklet), No 8 an ostinato between repetitive spoken patterns and sung notes, features reversed in No 9 and explored further in No 11. The effect is mesmerising if exhausting.

If Aperghis moves to the edge of music – Mitchener, arguably, beyond it – elsewhere there are less unconventional measures of Werner’s interpretative range, from the euphonious – Josephine Stephenson’s Comme l’espoir/you might all disappear (beautifully accompanied by guitarist Laura Snowden) and Nico Muhly’s Benedicite Recitation (Daniel Shao the sensitive accompanying flautist), to Oliver Leith’s discomforting and somewhat dreary study in repetition, yhyhyhyhyh. It is Werner’s own pieces that I will come back to most often, though: Mixed Phrases, Unspecified Intentions and especially the opening track for voice and bassoon, Like Words, with the terrific Amy Harman as her partner. It sounds like a medieval chanson the identity of which, maddeningly, remains just out of reach. Delphian’s sound is first-rate, catching the full dynamic range and every nuance of Werner’s voice.

Something More Than Mortal