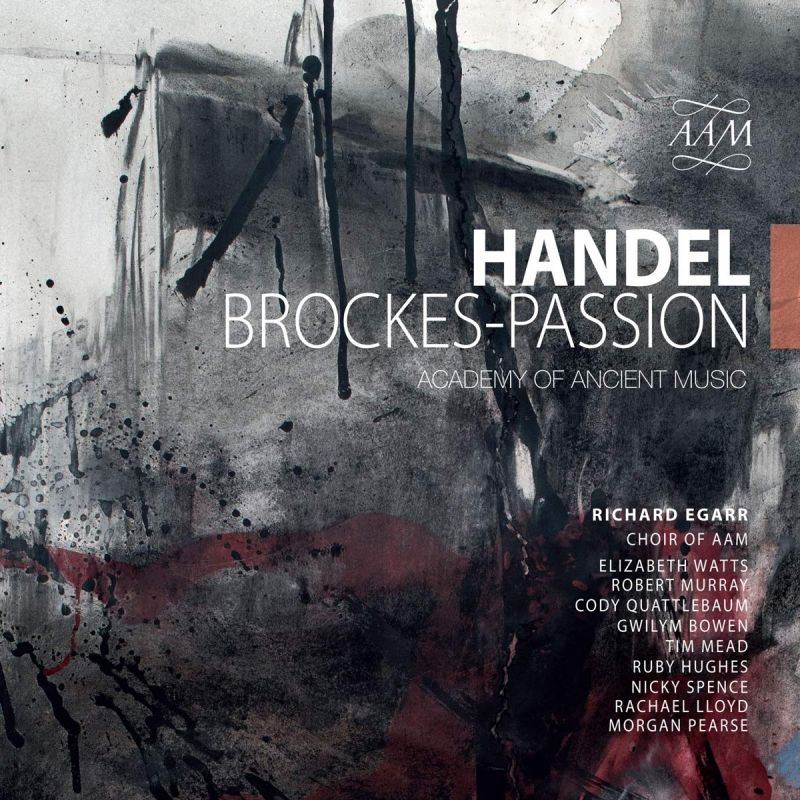 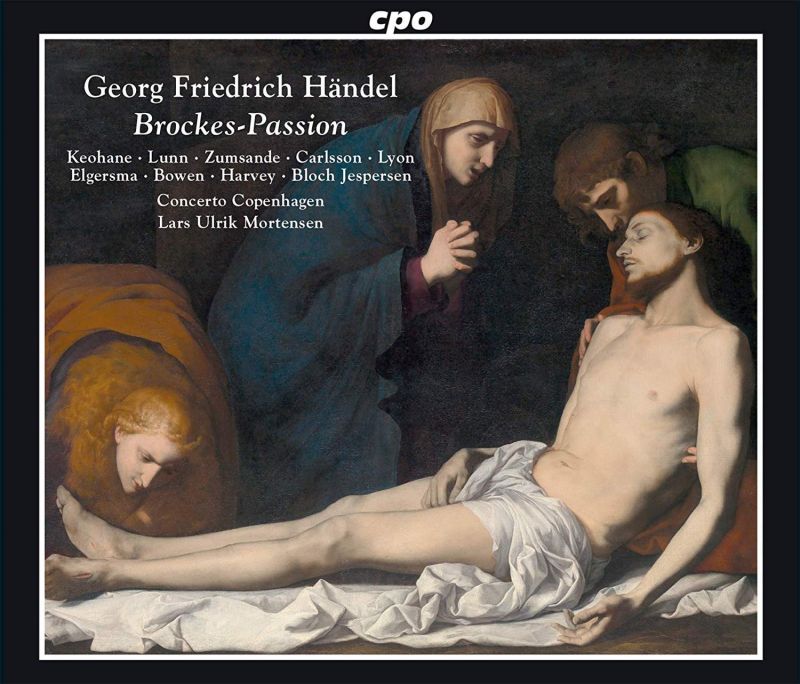 ‘In the Brockes Passion Handel comes nearest to challenging Bach, and retires discomfited’, was Winton Dean’s withering verdict in his classic Handel’s Dramatic Oratorios and Masques (OUP: 1959). Other commentators have been equally tepid. Move forward some 60 years and Richard Egarr, in the lavish documentation to his new recording, ranks Handel’s Passion oratorio above Messiah. The Handel scholar Ruth Smith reckons Brockes’s text, with its luridly graphic imagery, more dramatic than either of the Bach Passions. Both claims might seem questionable. Yet the earlier parts of this poetic paraphrase of the Passion story, devoted to Christ’s agony in the garden, Judas’s betrayal and Peter’s remorse, do indeed give rich scope to Handel’s gifts for drama and acute human characterisation. The portrayal of Peter, in particular, has an almost shocking immediacy. Handel’s pithy turba choruses are less elaborately developed than Bach’s but barely less powerful. The pace does, though, slacken dangerously in the latter part of the work, essentially a series of meditations on the meaning of Christ’s sacrifice for the allegorical figures of the Daughter of Zion and A Faithful Soul.

What is irrefutable is the high quality of the music in this neglected outlier among Handel’s major works, some of it fruitfully plundered for Esther, Acis and Galatea, Deborah and Athalia. Even when one reflective soprano aria succeeds another towards the end, Handel’s powers of melodic invention usually carry the day. Although the Passion’s origins are obscure, it seems to have been written round 1716 to a commission from Germany. The first performance we know of – not necessarily the premiere, as confidently stated in the booklet – was in Hamburg in April 1719. Three hundred years on, Richard Egarr and the AAM gave an enthusiastically received performance at the Barbican using a new edition by the orchestra’s oboist Leo Duarte, followed by recording sessions in London’s Henry Wood Hall.

From the French-style opening tableau, the only extended chorus in the work, Egarr and his responsive forces hardly put a foot wrong. The superb playing and singing of the AAM go beyond mere notions of good Handelian style, while all the soloists ‘live’ their roles with operatic vividness. The words – overly sentimental or brutal for modern taste – always matter. In the Daughter of Zion’s 14 solos (or have I lost count?) Elizabeth Watts sings with fervent intensity, the brightness of her tone tempered by a warm mezzo glint. Highlights among her arias are legion. I would just pick out the sublime ‘Die ihr Gottes Gnad’ after Judas’s suicide, voice and oboe vying with each other in grieving eloquence, and her no-holds-barred attack in the violent ‘Schäumst du, du Schaum der Welt’ as she rails against Christ’s mockery by the Jews.

Cody Quattlebaum makes a noble, gravely sonorous Jesus, here a more vulnerably human figure than in the Bach Passions. He has some of the most affecting music in the work, including a poignant duet with Mary, movingly sung by Quattlebaum and Watts. Of the three tenor soloists, Robert Murray is a clear, sympathetic Evangelist, Gwilym Bowen an intensely dramatic Peter, whether in his splenetic outburst at Judas’s betrayal (‘Gift und Glut’) or his own self-lacerating remorse (‘Heul, du Schaum!’), with its grinding clashes between voice and oboe. Toby Spence deploys his heroic Wagnerian tones to thrilling effect in ‘Erwäg, grimmiger Natternbrut’, egged on by spitting, jagging violins. The pure voiced Ruby Hughes also makes her mark as A Faithful Soul, not least in the assuaging minuet aria ‘Was Wunder, dass der Sonnen Pracht’, warmly coloured by bassoons. Handel, who always knew when he was on to a good thing, drew on this aria a couple of years later in Galatea’s ‘As when the dove’.

On the face of it, it might seem unlucky that CPO has released its Brockes Passion in the same month as the AAM’s superb recording, whose scholarly, sumptuously illustrated booklet runs to over 200 pages. There are minor differences in the musical text used, most obviously in the opening Symphonia, where Egarr prefaces the fugue with a triple-time Vivace (Handel recycled both these movements in his Concerto grosso Op 3 No 2). Not surprisingly, CPO’s presentation doesn’t stand a chance against the AAM’s. Musically, though, this finely recorded performance, more intimate in scale than Egarr’s (with the choral numbers sung by the soloists), hardly suffers from the comparison.

Lars Ulrik Mortensen gets eager, alert playing from his trim band, while his solo team is uniformly strong. Of the three fresh-toned sopranos who share the role of the Daughter of Zion, I’d single out Joanne Lunn for her limpid grace and touching personal expressiveness, both in aria and recitative. Ed Lyon is at least Murray’s match as the Evangelist, varying his pacing in keeping with the rather more reflective conception of the whole performance. Peter Harvey is a sympathetic Jesus, lighter and more tenorish of tone than Cody Quattlebaum for Egarr, while Gwilym Bowen – who must have spent large chunks of 2019 singing Peter – is just as anguished and incisive as on the AAM recording. Occasionally Mortensen’s broader tempos struck me as more apt, especially in the five chorales that Dean and others have unfavourably compared to Bach’s. Whereas Egarr, typically, goes for urgency, Mortensen allows you to savour the beauty of the string suspensions in the first chorale. Against that, Egarr and his singers are altogether more gripping in the tense dialogue between the Daughter of Zion and the Faithful Souls ‘Eilt, ihr angefocht’ne Seelen’, the model for Bach’s setting of the same text in the St John Passion.

If I plump, just, for Egarr and the AAM, it’s because their performance is that much more dramatic and, on the whole, even better sung. The luxury presentation, including a ‘bonus’ disc offering alternative versions of several numbers, may sway it for some collectors. But no Handel lover who buys the excellent Mortensen recording will feel short-changed. Reviewing the first-ever recording of the Brockes Passion, from August Wenzinger (Archiv, 4/68), with a slightly bowdlerised text, Stanley Sadie suggested that ‘had Bach’s St John and St Matthew Passions never existed, I think we would find Handel’s Brockes Passion a satisfying piece to listen to each Easter’. On this evidence I’d put it more strongly than that. Happily, there is a place for all three.