HANDEL Music for the Carmelite Vespers 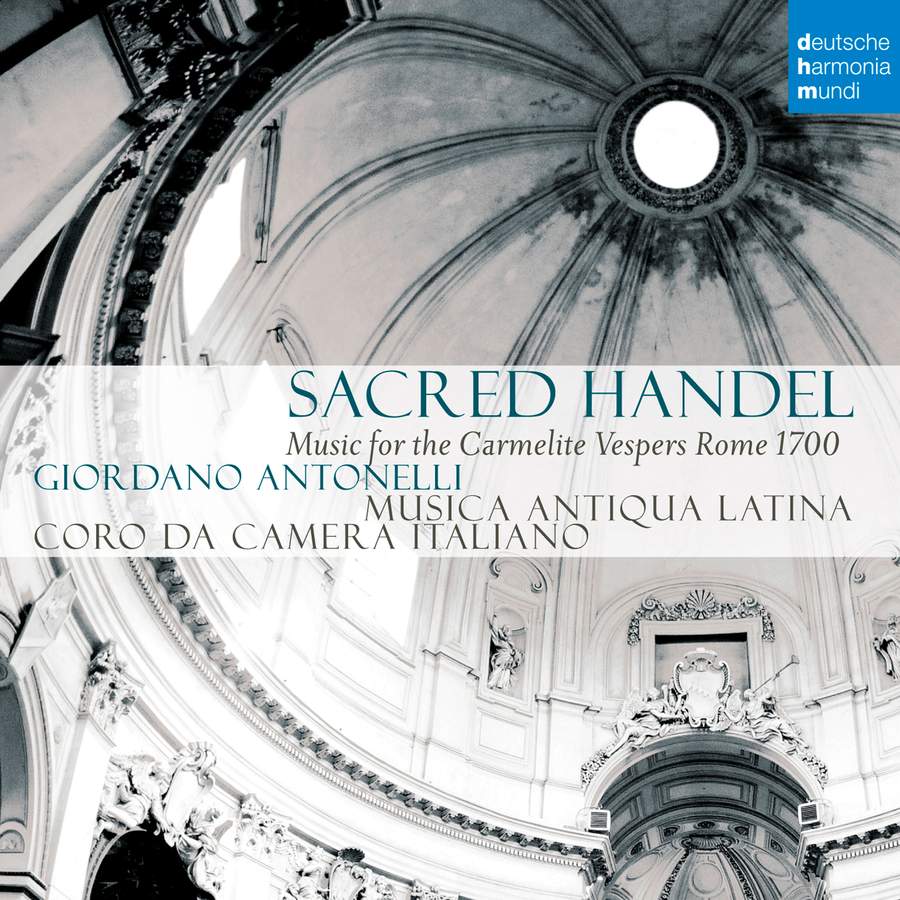 This problematically titled album explores numerous composers who participated in the annual feast of the Madonna del Carmine (July 16) celebrated at S Maria di Montesanto in Rome during the 1690s and early 1700s. Luca della Libera’s scholarly note reports evidence found in the Vatican archives that the Carmelite Vespers celebrations featured music-making by Corelli and his orchestra, the Bolognese Colonna, his pupils the Bononcini brothers, and Alessandro Scarlatti. A broad picture of the sorts of things that might have been used in a complete Carmelite liturgy (although not on any single occasion) is compiled using chants taken from different suitable sources and performed in different ways, a few different bells tolling, and numerous short pieces by Kerll, Pasquini and Frescobaldi played solemnly by organist Salvatore Carchiolo.

Handel wrote five pieces for the Carmelites’ Vespers services in 1707 and possibly 1708 (two psalms, a soprano solo motet and two alto solo antiphons). Both brief antiphons are included here; the psalms and motet are not. Deutsche Harmonia Mundi perpetuates the annoying myth that Dixit Dominus was composed for the Carmelites (it was finished in early April 1707 for an unknown occasion). Giordano Antonelli’s desire to include it is more comprehensible than why he replaced its second and third movements with Gregorian plainchants. The 13-strong Coro da Camera Italiano sing with admirably shaded rhythmical inflections that are let down sometimes by inconsistent tuning. The strings of Musica Antiqua Latina convey characterful musical ideas despite sporadic technical infelicities. Antonelli’s quick pacing and shaping spring a few surprises, such as a rapidly dextrous ‘Conquassabit’, and the soprano duo, quiet pulsing strings and men’s unison intonations in ‘De torrente’ are balanced meticulously.

HANDEL Music for the Carmelite Vespers