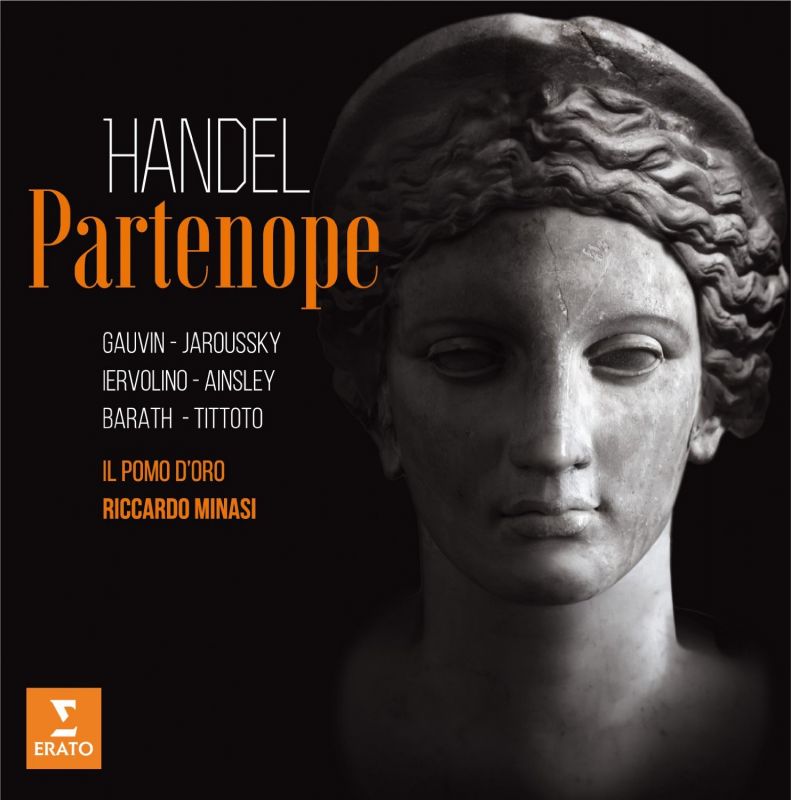 ‘[Senesino] put me in a sweat in telling me that Parthenope was likely to be brought on the stage, for it is the very worst book (excepting one) that I ever read in my whole life…’ (Owen Swiney)

All the reasons why Partenope was originally rejected by London’s Royal Academy of Music in 1726 – frivolity of tone, lack of extended arias and too much recitative – are those which make it so natural a fit for a contemporary audience. EJ Dent describes the libretto as ‘Shakespearean’, putting his finger on the unusual balance of dramatic modes Stampiglia and Handel achieve in a story that ends in a double wedding but could just as easily end in tragedy. Shorter arias distil all Handel’s mature melodic instincts into more emotionally concentrated expressions, while longer recitatives allow for quicker, wittier interplay and more detailed character development.

Which makes it all the more baffling that this is only the third commercial recording of the opera, joining Sigiswald Kuijken (1979) and Christian Curnyn (2004), as well as the DVD production directed by Francisco Negrin (2008). While all three have their interest, and Curnyn’s treatment has been a valuable benchmark since its release, Riccardo Minasi’s triumphant new recording is so sensitive to the work’s shifting tone – by turns buoyant and light-footed, tender, humorous (just listen to the mock-martial relish of the horns in Rosmira’s Act 1 closer ‘Io seguo sol fiero’) – and so impeccably cast as to bring this unusual work’s virtues into sharp new focus.

At the centre of Handel’s love-tangle is Queen Partenope, who must choose between her many suitors: Emilio, the pugnacious Prince of neighbouring Cuma, smooth-talking Arsace, who has abandoned his beloved Rosmira to pursue the queen, and the shyly sincere Armindo.

An onstage battle adds political scope and instrumental colour to an essentially domestic narrative, generating a thrilling sequence of orchestral and vocal episodes. The introductory Marche captures the difference between Curnyn and Minasi. Precise, measured and texturally clean, Curnyn’s battle would do any British general proud, but Minasi’s is the florid, boisterous conflict of opera, bright with jangling percussion additions and the sword-clatter commentary of Federica Bianchi and Davide Pozzi’s harpsichords. You can smell the blood and the braggadocio.

Is there a better Handelian soprano than Karina Gauvin currently working? Her Partenope does nothing to dull the sheen on the Canadian’s crown. The queen must remain a cipher to the end, never showing her hand. Gauvin twitches her lovers’ strings just tightly enough to set them dancing. We hear the relish in her extraordinary ‘Spera o godi’, in which she simultaneously praises Armindo and punishes Arsace (Minasi’s orchestra her willing co-conspirator), and the casual brilliance of her top C in her opening aria ‘L’amor ed il destin’ is deployed with calculated ease. Yet there’s a shy warmth to her ‘Si, scherza, si’ that says that the seductress has finally become a woman worthy of the faithful Armindo.

In contrast to Lawrence Zazzo’s vocal muscularity (Chandos) and René Jacobs’s forceful delivery (Sony), Philippe Jaroussky’s Arsace is all softness – more a lover than a fighter, and the more persuasive for it. He croons his promises to the forsaken Rosmira with such sincerity (‘Ch’io parta?’) that neither she nor we can refuse him. Jaroussky’s bright, light instrument captures both the character’s peevish vanity (‘Sento amor’) and his fragile charm (‘Ma quai note’).

Casting a soprano as Armindo rather than a countertenor (as both Curnyn and Kuijken do) gives the role an innocence that articulates a poignant contrast with the deceitful Arsace. Emo˝ke Baráth makes an exquisite, persuasive suitor. The Hungarian singer grows from tentative delicacy in Act 1 to ringing joy in Act 3 – a constant of sincerity in this group of dissemblers. Mezzo Teresa Iervolino makes much of Rosmira’s low-lying music, retaining vocal colour even in the depths of ‘Furie son dell’alma mia’, and together with bass Luca Tittoto (wonderfully characterful and agile in the supporting role of Ormonte, chief of guards) brings an anchoring depth to a work dominated by so many upper voices.

Minasi follows previous recordings in using Handel’s original 1730 score as the basis for his performing edition, but also steals judiciously from later revivals – notably an extra aria for Armindo (‘Come se ti vedro’) and an attractive trumpet sinfonia. The result, burnished with the conductor’s swift speeds and careful pacing, is a recording that needs no visuals to bring its story to life, an opera lively with human insight and understanding – to comedy what Giulio Cesare is to tragedy.

Minasi has made a masterpiece, catching the passing glances and sideways smiles of Handel’s score, and transforming them into something of real dramatic substance. Minasi’s back-catalogue is exceptional but this is his finest work yet.