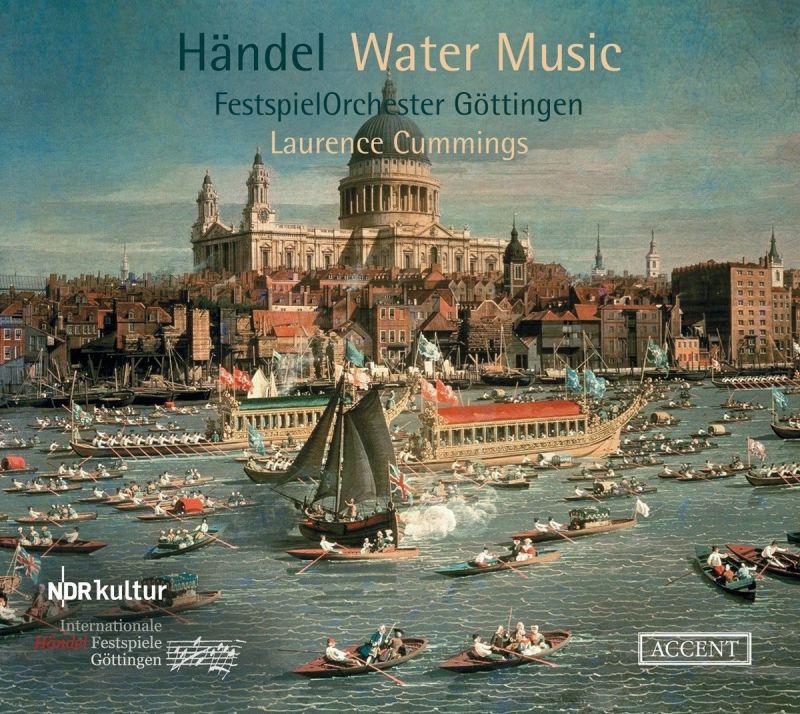 Every now and then a recording’s arrival equates to Christmas coming early, and for me this was one of those. Göttingen’s International Handel Festival has been releasing live recordings on the Accent label for some time, but until now they focused on the festival’s operatic and choral performances. Consequently the resident FestspielOrchester Göttingen has only ever featured as accompanying ensemble, and this has felt like a trick being missed, because what Laurence Cummings produces each year with this band of period specialists – drawn from ensembles such as Les Arts Florissants and the Akademie für Alte Musik Berlin – is something quite unique and wonderful. It’s a sound of zing, spring, heat and finesse; light-textured yet intense; multicoloured and with bristling timbres leaping so vividly into the air that you feel you actually could reach out and touch them.

So finally here they are centre stage, recorded at their 10th-anniversary concert last year in Göttingen’s Stadthalle, and as for what they bring to Handel’s much-recorded Water Music, to all the qualities listed above add lively tempos and a particularly rhythmic, dancelike feel. Highlights would be the organicism with which the flutes’ gentle phrases emerge from and build on each other throughout the Sarabande. Another would be the exuberant and gorgeously shaped brass opening to the Allegro preceding the Alla Hornpipe, which then concludes with a transitional passage of exquisitely crisp and delicate string-playing. More generally there’s the gloriously perky woodwind, Cummings’s merry harpsichord, and indeed an overall joie de vivre that builds to such a climax for the final Menuet that it’s impossible not to actually smile.

These are readings which would verily sing through the open air as Handel intended, and incidentally they may also be particularly close to what Handel first wrote, because Cummings has used the new Hallische Händel-Ausgabe edition, which is based on the source thought to be the work’s oldest. The concerto grosso from Alexander’s Feast that rounds off the programme is equally top-notch, with some beautifully supple concertino playing.

I don’t say this lightly, but however many recordings of Handel’s Water Music you already own, this one is worth expanding your collection for.