HAYDN The Seasons (in English) 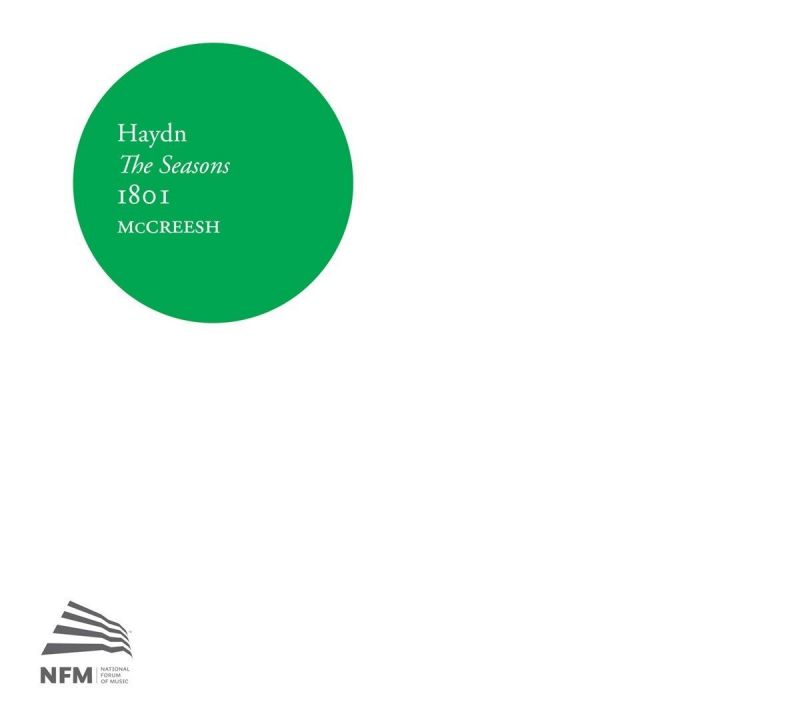 ‘Haydn is writing with new zeal since he has had the good fortune to lose his nasty wife’, noted the Swedish diplomat Fredrick Silverstolpe in May 1800, when the composer was immersed in The Seasons. Silverstolpe later remarked that ‘the subject is much more limited than that of The Creation but closer to the composer’s own taste’. Haydn’s own words suggest the opposite. He repeatedly protested at the moralising banality of Baron van Swieten’s text, freely adapted from James Thomson’s pastoral epic, and derided the imitations of insects, cattle and frogs, so delightful to us, as ‘Frenchified trash’.

Haydn later claimed that his exertions on The Seasons had undermined his health. Yet whatever his feelings on his unloved wife’s death, the ‘new zeal’ reported by Silverstolpe is borne out by the result. Publicly premiered in Vienna’s Redoutensaal in May 1801, this most hedonistic of oratorios is at once a life-enhancing celebration of Arcadian harmony and a paean to enlightened deism, culminating in the magnificent certainty of salvation. In the Anglophone world The Seasons long lagged behind The Creation, hindered by van Swieten’s stilted, sometimes ludicrous English translation. On CD, of course, buyers are now spoilt for choice, with a clutch of fine versions, in German, from, inter alios, Gardiner (Archiv), Jacobs, Harnoncourt (both Harmonia Mundi), Herreweghe (PHI) and Colin Davis (LSO Live). If you prefer your Seasons in English, the only two recordings hitherto available have been the eccentric – and cut – late-1950s Beecham recording (Somm) and Colin Davis and BBC forces (Philips) from 1968, using a spruced-up version of the Baron’s mangled English. For this new Anglo-Polish collaboration, Paul McCreesh has reworked van Swieten’s libretto more radically, keeping as close as possible to the German, and making the recitatives, especially, much more idiomatic, all within the spirit of Thomson’s original.

What emphatically sets this Seasons apart from all previous recordings, whatever the language, is the scale. As on his Gramophone Award-winning Creation (Archiv, 3/06), McCreesh replicates the forces of the public premiere, pitting a chorus of around 75 against a superb period-instrument orchestra of 100-plus. Although the resonant acoustic of the Wrocaw National Music Forum can impede ideal clarity, the big choruses, topped by a shining, un-wobbly soprano line, generate a visceral excitement unmatched by any rivals, not least in the harmonic ‘purple patch’ that crowns the autumn chorus in praise of toil. ‘Strauss’s Zarathustra eat your heart out’, I mused at the blazing climax of the summer sunrise. In the cataclysmic thunderstorm, rasping, minatory brass to the fore, the terrified populace evokes Verdi’s ‘Dies irae’, while the autumn hunt, raucously fuelled by anarchic natural horns, has never sounded more uninhibitedly exuberant. In the wine harvest, with its final tipsy fugue, McCreesh conjures a Burgenland bacchanalia to rival Jacobs – high praise indeed.

More consistently than Jacobs and Gardiner, McCreesh also gives Haydn’s gentler and more reflective music plenty of breathing space: say, in the prayer in Spring, ‘Heav’n be gracious’ (though the concluding fugue is dangerously precipitate), or the tenderly lilting evening chorus that closes Summer. While not necessarily eclipsing their counterparts on rival recordings, the three soloists have ideally weighted voices, combine well in ensemble and relish their opportunities for scene-painting. With his attractive lyric tenor and keen feeling for words, Jeremy Ovenden excels alike in the shrouded introduction to Summer, the hushed, fearful description of the oppressive midday heat and – a highlight – his unusually urgent portrayal of the winter traveller lost in a blizzard (unlike Thomson, van Swieten provides a happy ending). Andrew Foster-Williams, more baritone than bass, makes a genial, firm-voiced Simon, singing his ploughman’s song with unforced gusto – impressive agility, too – and bringing a grave eloquence to his valedictory aria in Winter. Carolyn Sampson’s vernal tone and grace of phrasing always give pleasure, though her words, unlike the men’s, can be hard to decipher. All the soloists make something eagerly characterful of the ‘dry’ recitatives – operatic fizz, and a twinkle in the eye, rather than oratorio solemnity.

While the best German-language versions (with Jacobs my own favourite) are not displaced, McCreesh and his massed Anglo-Polish forces have given us a Seasons that thrillingly catches both the work’s bucolic exhilaration and its invocations of the sublime. And for sheer sonic splendour it’s in a class of its own.

HAYDN The Seasons (in English)