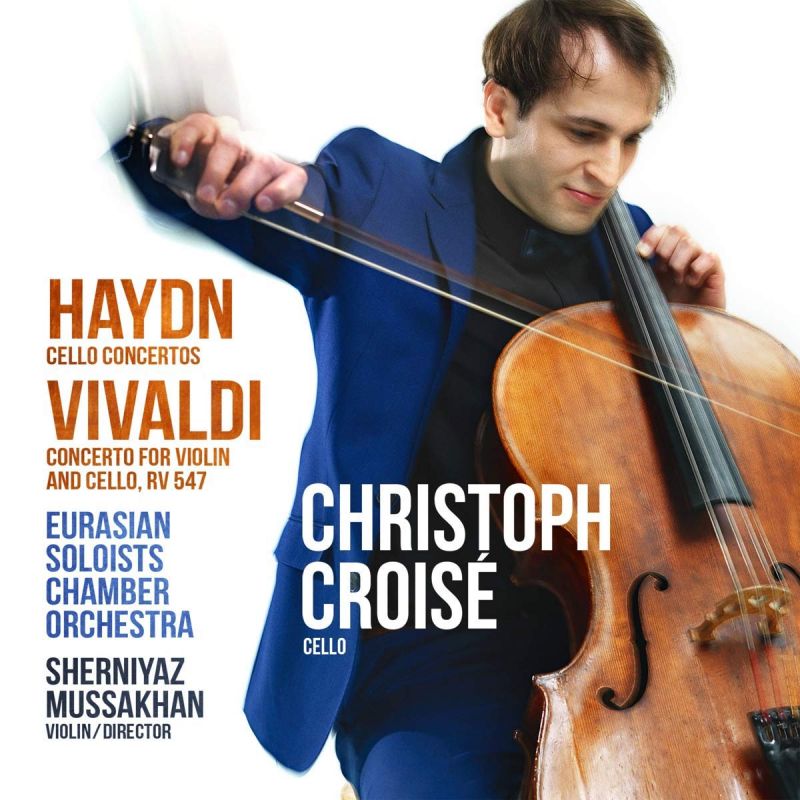 This conductor-less release from Avie manages to capture something too often lost in recordings of the early cello concerto repertoire: fun. With the brilliance of steel strings – no sheep were harmed in its making – the Eurasian Soloists Chamber Orchestra encapsulate the phrase, ‘a band that plays together, plays together’. This delightful sense of the social and chamber music-making infuses producer Joël Cormier’s mix.

His first recording of a cello concerto from the canon, Christoph Croisé’s offering of Haydn’s Concerto No 1 in C is an act of humility met with stunning virtuosity. The first movement, on the steadier side of moderato, is majestic. Croisé plays with the benevolence of an 18th-century king, spinning phrases of loving length, generous in resonance and appoggiatura. The insouciant grace of the recapitulation – ‘yes, I have returned, and so?’ – is enviously stylish; one can feel the breeze from the French-Swiss-German’s hair flick. And amid bullet-fire precision, the percussive slap of flesh against fingerboard reminds us that Croisé makes this all sound so easy. The Concerto in D, the lesser known of the Haydn pair, makes for almost equal enjoyment. Though Croisé leaves the operatic diva at the door, and thankfully so, the Adagio occasionally gets stuck in wistfulness. Nevertheless, these are cycles of fifths I would gladly be trapped in for longer.

The recording finishes with Vivaldi’s Concerto for violin and cello, RV547, in which leader Sherniyaz Mussakhan joins Croisé as soloist. Hot on the heels of La Serenissima’s recording (Vladimir Waltham’s ‘luminous tone’ and even ‘silkier sound’ from violinist Adrian Chandler – Avie, 9/18), the ESCO would have to deliver something impeccable to compete. The entire ensemble is spot-on, swerving in the surprises of Vivaldi’s harmonic language. Mussakhan, however, lies on the sharp side of in tune; his rubato is predictable and repetitive. But in the final Allegro molto, Mussakhan gives Croisé a run for his money and is everything a violinist should sound like. This is a recording teeming with sparkle and relentless in fizz.