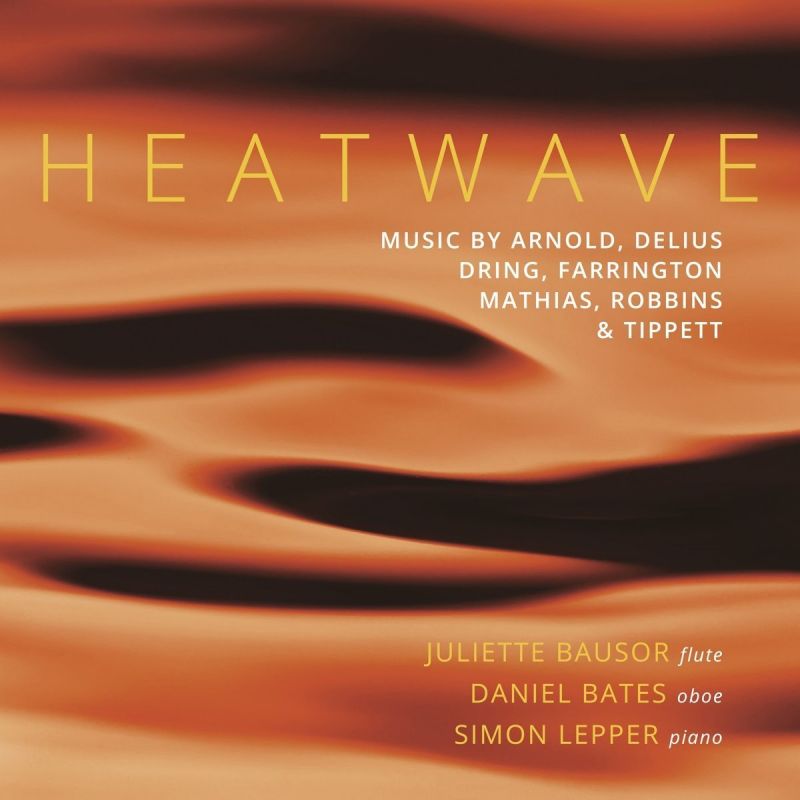 The title ‘Heatwave’ might well conjure rather a different music from that for flute, oboe and piano, though this disc affords sultriness aplenty. Not least the work of that name (2006) by Iain Farrington, which evokes appropriately hot weather in its incisive and often jazzy outer movements together with, in its central ‘Siesta’, sensuousness lurking behind the enervation.

The other pieces here range widely across earlier generations of British composers. Delius’s Intermezzo (1910 – derived from his opera Fennimore and Gerda) retains a wistful charm in Eric Fenby’s arrangement, and Tippett’s own reworking of music from the third act of King Priam (1962) equally conveys the ethereal beauty of this frequently violent opera. Good to see two short-lived composers represented: Geoffrey Robbins concentrated on light music, with Pastorale and Bagatelle (1948) denoting his keen lyrical gift, while the Trio (1968) by Madeleine Dring exemplifies her fastidious idiom in the limpid poise of its Andante or the airy elegance in the woodwind ‘cadenza’ of its finale. The Divertimento (1964) by William Mathias enriches its intricate part-writing with especially quick-witted animation and, in its Andante, an expressive equivocation underpinned by discreet harmonic dissonance. Finally, Suite bourgeoise (1940) finds the still-teenage Malcolm Arnold flexing his stylistic muscles over five pertly contrasted miniatures which anticipate the ironic and suave humour to come.

Music for flute, oboe and piano is unlikely to evince profundity yet can exude a pathos as is found through all the pieces here. Performances and recording are excellent.