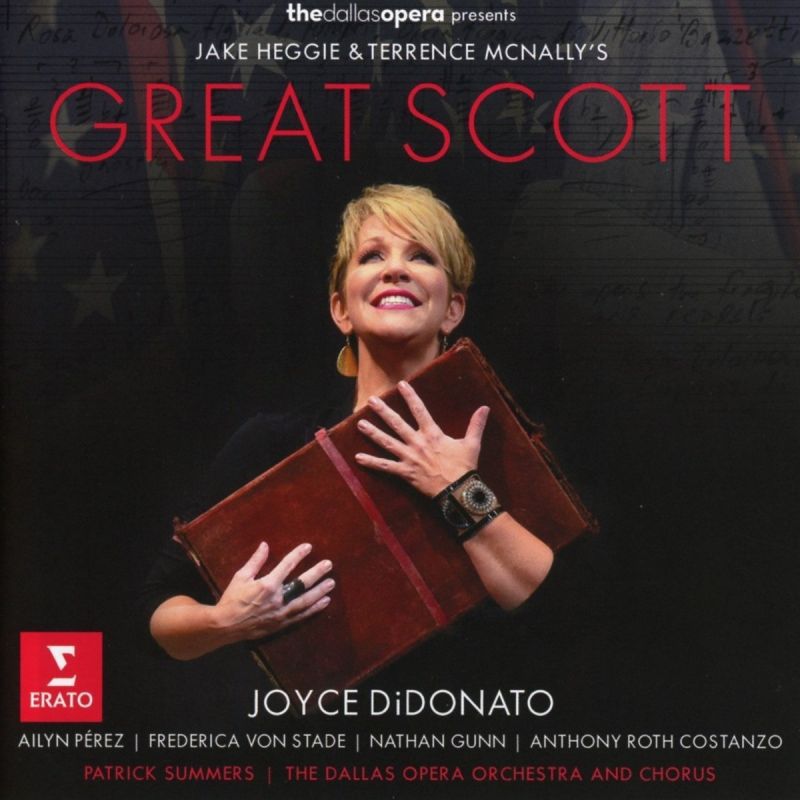 There’s a cunning (and witty) interplay of ideas at work here. Sport versus Art, better yet American Football versus Opera; an opera within an opera, better yet an Italian opera within an American opera. You can absolutely smell librettist Terrence McNally’s glee at getting to channel his own not-so-secret passion for high-end music theatre (be it opera or musical theatre or indeed his play about Maria Callas, Master Class) into a piece that positively revels in the mad extravagance of opera while embracing the grace and gorgeousness of the American lyric stage. It was always written in the stars that the librettist of two great American musicals – Kiss of the Spiderwoman and Ragtime – should collaborate with the most successful and most internationally recognised exponent of American opera, Jake Heggie, and this latest of their endeavours is a wholesale love-in of all that rocks their respective worlds.

So here it is: a large American city, a respected but struggling opera company and a thriving professional football team. Returning to save the company, American Opera, that launched her career is international opera star Arden Scott – in the larger-than-life personage of Joyce DiDonato – and the long-lost opera that she herself discovered, Rosa dolorosa, figlia di Pompei. The only problem is that the premiere falls on the same night as the home football team’s first national championship, the Super Bowl. And if that’s not in itself a culture clash of operatic proportions I don’t know what is.

The jokes are there for McNally’s picking – all the backstage intrigue and rivalry (not least that centred on the obligatory Russian soprano), the company infatuations and antagonisms. Heggie gets to spoof the sub-Rossinian bel canto on an elaborate scale (up to and including those celebrated crescendos) but in so doing manages to transcend mere pastiche in the creation of genuinely elegant and beautiful lines and authentic vocal fireworks that challenge and tax DiDonato as surely as the roles in her core repertoire. The operatic set pieces here truly have a ring of authenticity about them. But then there is the other element, the American element, where the personal and the intimate aspects of the plot – like Scott reunited with her one-time lover Sid (Nathan Gunn) – mine a seam of music where Heggie’s Broadway inheritance is inescapable. As we know from his other operas (not least Dead Man Walking and the astonishingly good Moby-Dick), Heggie does not hide behind the fanciful or the tricksy or the unsingably ‘cutting edge’ but rather serves and illuminates his texts through the honesty and gratefulness of his vocal writing. His gift for melody (and I’ve said this too often) is special.

Take the climactic trio ‘It’s always the song, not the singer’, where the three key women in the piece (DiDonato, Frederica von Stade and Ailyn Pérez – quite a trio) muse on the art which ultimately puts them at the service of their material. This is Heggie’s Rosenkavalier trio and it hearkens back to a brilliant little scene where Scott invokes the ghost of her composer Vittorio Bazzetti to seek reassurance that there is purpose and the promise of posterity in her endeavours. And his riposte – ‘American Opera – I didn’t think there was such a thing’ – wryly goes to the heart of Great Scott’s charm. The skill here, from both composer and librettist, is the way in which the comedic melds with the wistfully humane. But there are also the bullseye ironic moments like the laugh-out-loud coup of having the Russian soprano superstar, Tatyana (Pérez), sing the Star-Spangled Banner at the Super Bowl. Inevitably you can’t hear the tune (or the words) for the embellishments. As in-jokes go, this is a honey.

It’s very easy to put down a piece like Great Scott by arguing that it doesn’t push the envelope, musically or stylistically, that it rejoices in the past not the future, that it courts popular appeal. But tell that to the very vocal audience of this Dallas Opera premiere. And, pace Maestro Bazzetti, there is such a thing as American Opera – and it’s alive and well and living in the imagination of practitioners like Heggie and McNally.