HELLAWELL Up by the Roots 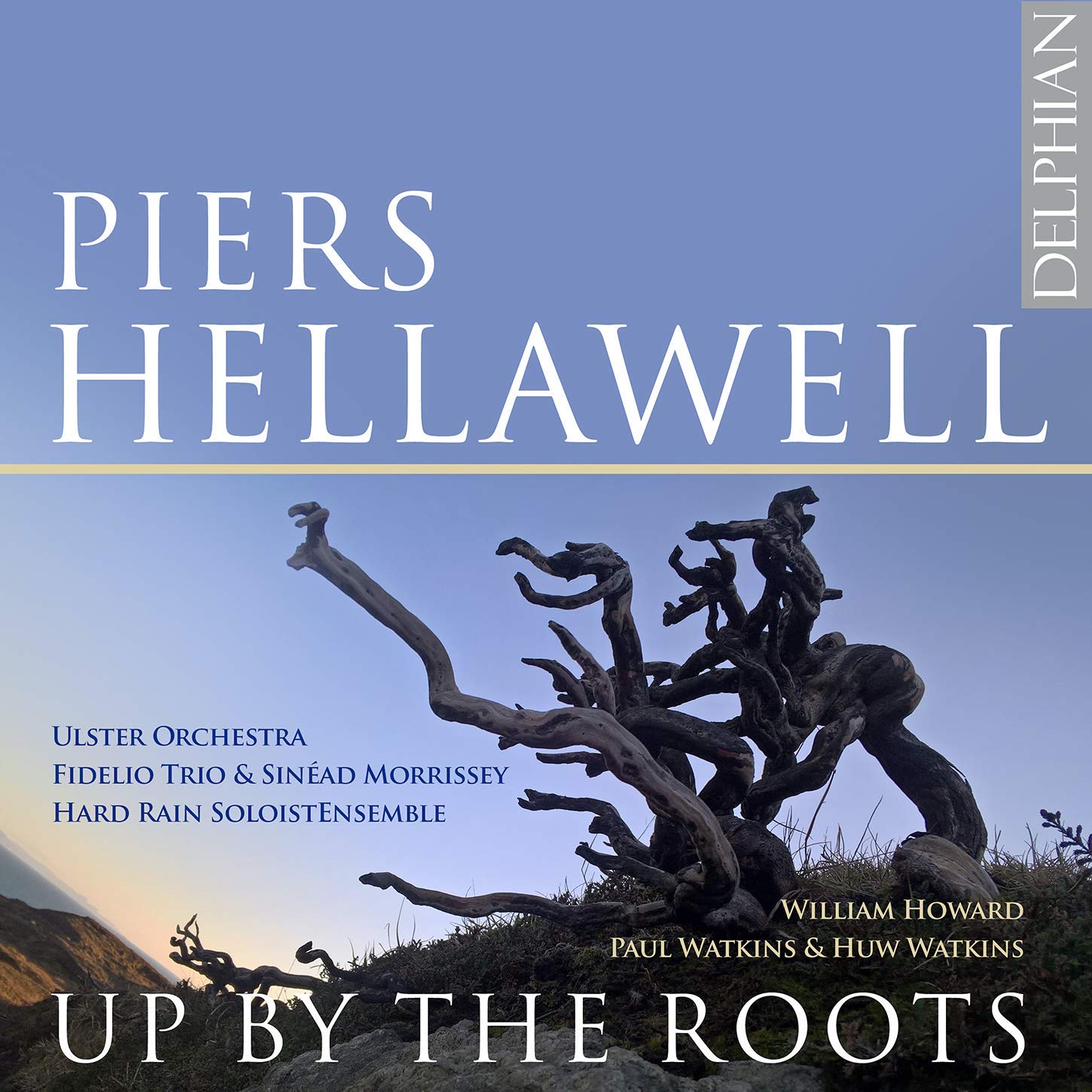 As a title, Wild Flow might look like another well-meaning contribution to the aesthetics of Extinction Rebellion. However, the 20-minute, five-movement orchestral work Piers Hellawell composed for the BBC Proms in 2016 is no mere sermon in sound but a response to an image of surging turbulence that resists control yet proves, in the end, to have been shaped by forces which determine both its progress and its duration. Not only is there the overt formality of clean breaks between the separate sections, but as a whole Wild Flow moves to a conclusion that neither stops abruptly nor dissolves into silence. Instead, there are indications of a kind of thinking about harmony that acknowledges the long history of cadential closure as something determined not by bass-less flux but from the bottom up; and this is where Up by the Roots, the title of the first work on the disc, becomes musically as well as poetically relevant.

Since a literally immobile music is inconceivable, the topics of mobility and migration – so fundamental to human history in the age of modernity – have special resonance when spoken poetry and sounding music combine. Up by the Roots, a phrase in the poems by Sinéad Morrissey chosen by Hellawell to alternate with and ultimately to overlap with music for piano trio, signals perspectives on rootedness and mobility with profound and disturbing connotations in Irish history. The expressive contrast between the dramatic musical material and Morrissey’s rather matter-of-fact recitation of her poetry might not immediately suggest a productive convergence of media. But the sense of emotions suppressed rather than simply absent in the spoken verse and, as it were, brought to life by the music becomes much clearer as the piece proceeds, and as Hellawell’s characteristic working with oppositions between the restless and the becalmed begins to assert itself.

A rhetoric reflecting the tensions between the long shadows of post-Lisztian Romanticism and mid-20th-century expressionism is even stronger in the three instrumental works which come between Up by the Roots and Wild Flow: the relatively expansive final sections of atria and Ground Truthing are particularly striking instances of an idiom that gains strength from keeping seductive hints of nostalgia at bay. At the same time, however, the ways in which intricately patterned layers of texture proclaim their essential independence place this music firmly in the present day. Without exception, all the performers relish the technical fluency of Hellawell’s scores; the variously sourced recordings are uniformly first-rate and the composer’s booklet notes helpfully explain such enigmatic titles as Piani, Latebre and Ground Truthing.

HELLAWELL Up by the Roots

Up by the Roots