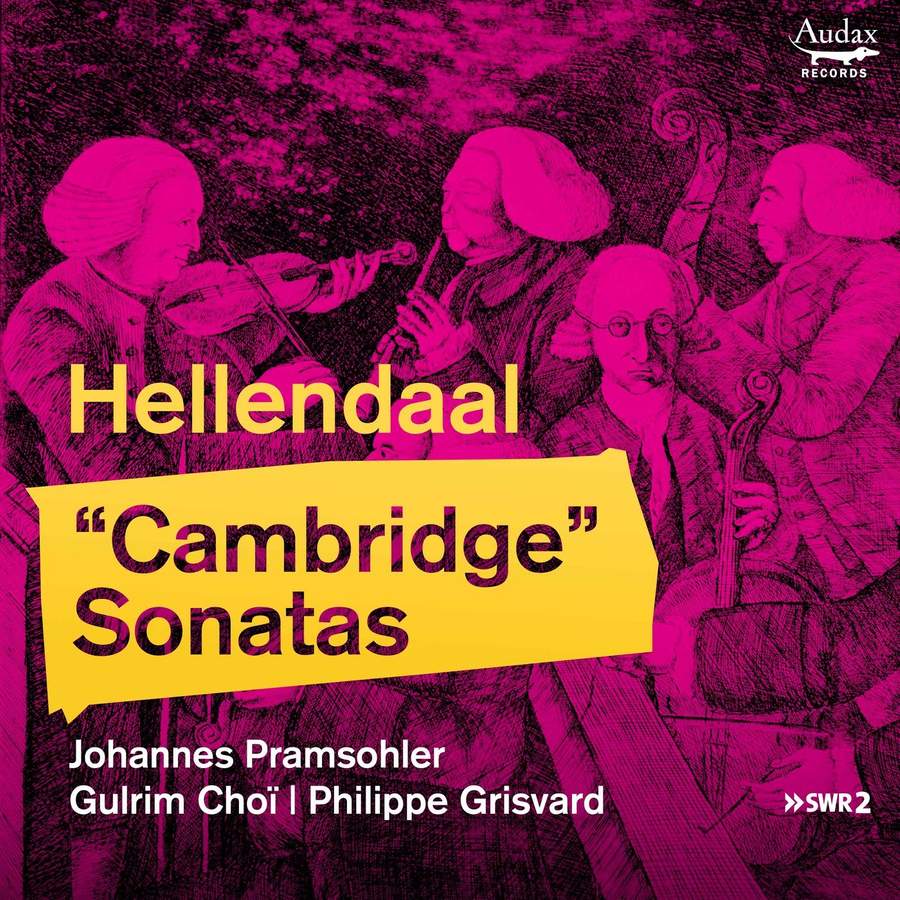 Johannes Pramsohler unearths long-forgotten Baroque gems, then presents them to the world via a superlative premiere recording. It’s now a familiar pattern, and one I’m pleased as punch to be enjoying another dose of here.

The Dutch violinist Pieter Hellendaal was the last in a lofty line of Continental late-Baroque violinists who chose to settle in England, following in the footsteps of such names as Francesco Geminiani and Nicola Matteis. He arrived in 1751 in London, where he played between acts of Handel’s Acis and Galatea. However, it was Cambridge where he eventually settled a decade later, and thus it’s in Cambridge’s Fitzwilliam Museum that you can find the manuscripts to his Op 3 set of 12 violin sonatas – works clearly in the line of Corelli, preserved complete with numerous sketched-out cadenzas, ornamentations and alternatives, and employing the full gamut of bowing technique and acrobatics which no doubt were bestowed upon Hellendaal by his teacher, the virtuoso violinist and bowing pedagogue Giuseppe Tartini.

It’s the first six of the set Pramsohler has chosen to record with his Ensemble Diderot colleagues, the cellist Gulrim Choï and harpsichordist Philippe Grisvard, and their readings bring such poetic vibrancy to the sonatas’ luxurious ornamentation and richness of articulation that it’s unarguable that this music’s value stretches well beyond the historic performance pearls they bestow. Pramsohler on a 1713 Rogeri is a treat, bringing all manner of colours and shadings and delicious curves to the violin’s often highly virtuoso lines, peerless evenness to the double-stopping and beautiful weighting of parts to the contrapuntal writing. Then listen to the throbbing, birdlike song he makes of the high-register intricacies tucked into the cadenza of No 4’s Allegro, or its affecting bariolage. Meanwhile, Choï on a mid-18th-century cello by the London maker J Simpson, and Grisvard on a harpsichord after a 1769 Pascal Taskin, are superglued to his side in all respects. Melodies sing; fugues dance along with light-as-air ease.

The architecture of the programming itself is also satisfying, the six sonatas having been mixed so as the three whose introductory movements are showcases for improvised embellishment – Nos 2, 4 and 6 – occupy the recording’s beginning, middle and end points.

If these musical enchanters fancy recording the set’s final six, then that’s fine by me.