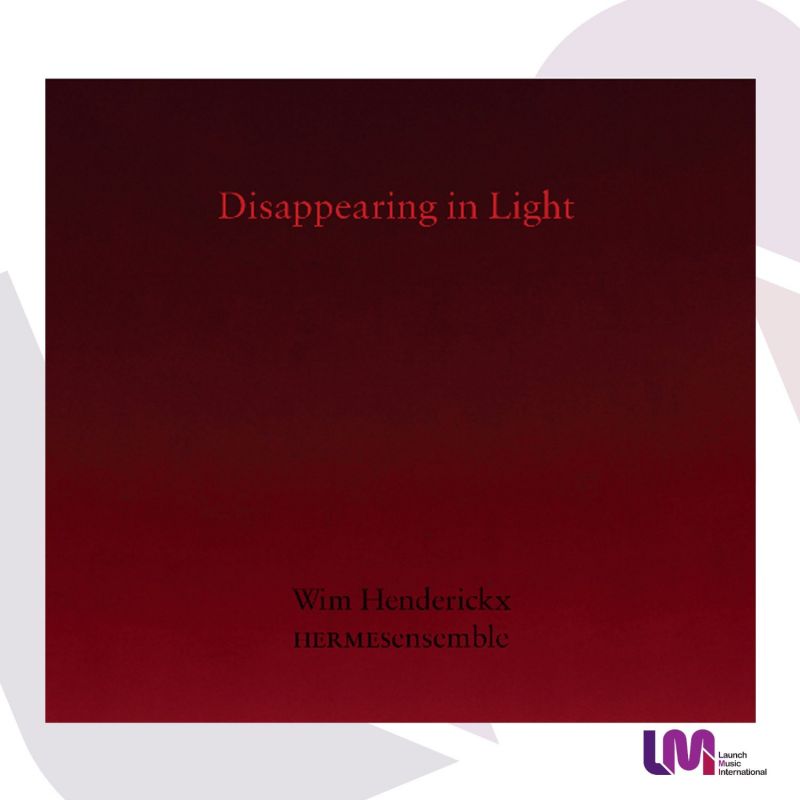 Breathy notes on shakuhachi answered by an eerily floating mezzo-soprano vocalise, punctuated by splashes of sounds on temple gongs and followed by a bowed note or two on the kokyu¯. A scene from a Japanese puppet play, perhaps? Except the shakuhachi is in fact an alto flute, the kokyu¯ a viola, and the music composed by Flemish-born Wim Henderickx.

For over 20 years, Henderickx (b1962) has been composing music which possesses more than a nod to the East and its many musical and spiritual traditions. There is nothing remotely exotic about Henderickx’s east/west fusion, however. Sounding neither entirely European nor Eastern, Henderickx engages deeply with the question of ‘integration’ and has produced a distinctive style that is true both to itself and to the cultures and traditions upon which it draws.

In fact the first composition on this disc, Disappearing in Light (2008), takes its cue not from Japan but from India, forming part of the large-scale Tantric Cycle, which also includes a string (or saxophone) quartet, a song-cycle, an opera, a number of other ensemble pieces and the highly impressive Tejas for orchestra. Disappearing in Light does not possess the power and impact of Henderickx’s percussion-heavy symphonic music but does draw very effectively on the composer’s fondness for dramatic contrasts across its five-movement design. The ensemble evoke a vast array of colours and gestures in this performance, also heard in the more recent The Four Elements (2011), which rounds off the disc. Mezzo-soprano Mireille Capelle’s vocalisations are especially characterful. The other work included here, Raga III (2010) for viola and electronics, is a reworking of Henderickx’s earlier Raga III (1995) for viola and orchestra with the orchestral part stripped down to little more than an electronically generated drone, the solo part played here with plenty of warmth and expression by the excellent Marc Tooten.