Ockeghem and the ripples of his Franco-Flemish influence 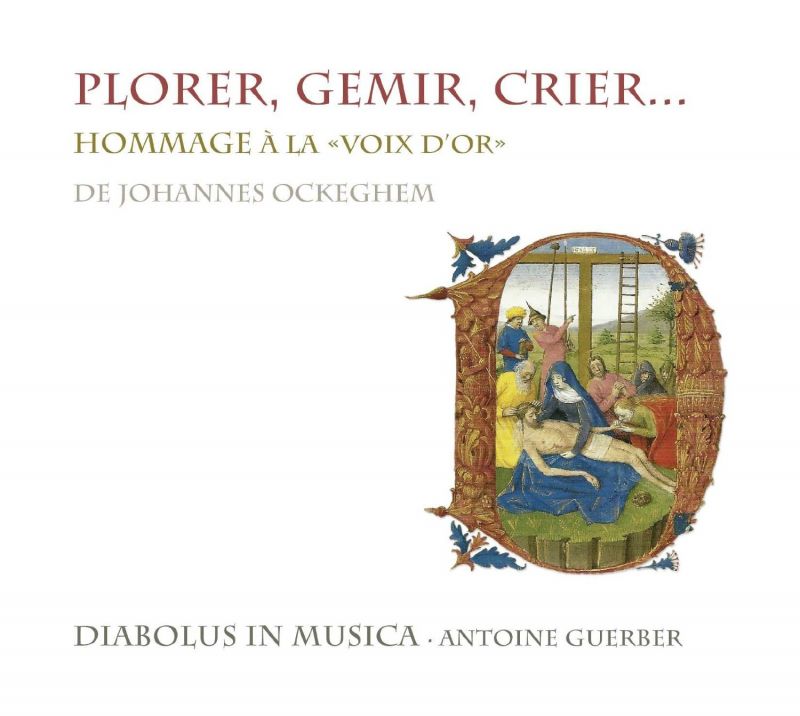 In a recent online round-up, I remarked that Obrecht’s discography is more remarkable for quantity than consistency, especially in the domain of the Mass. All the more reason to welcome this new issue from the French ensemble Diabolus in Musica. This is an imagined memorial for Johannes Ockeghem, with Obrecht’s Missa Sicut spina rosam (to give it its correct name) as its centrepiece – fittingly, for it borrows liberally from the elder composer’s famous Missa My-my. This performance is so well judged that it positively invites repeated listening. The Credo, which has two voices in the top range rather than one, is particularly impressive. Obrecht’s ear for beguilingly full sonority is underpinned by a masterly command of musical architecture, which depends for its full effect on a fine judgement of tempo. Happily, Antoine Guerber’s ensemble convincingly accounts for both. Moreover, its sound is quite distinctive; grainy, but not obtrusively so.

The Mass is framed by two chansons, Josquin’s famous Nymphes des bois and La Rue’s Plorer, gemir, both of which employ the Requiem plainchant. Admittedly, the notion that the latter was conceived as an Ockeghem memorial is speculative and Guerber’s completion of its text is offered in the same spirit. Less successful are the two motets that conclude the programme: Busnois’s celebrated, extrovert In hydraulis calls for an intensity that the four soloists can’t quite summon, and Lupi’s Ergone conticuit is a perfectly respectable piece but stylistically far removed from the rest. Never mind, for the Obrecht is superb.