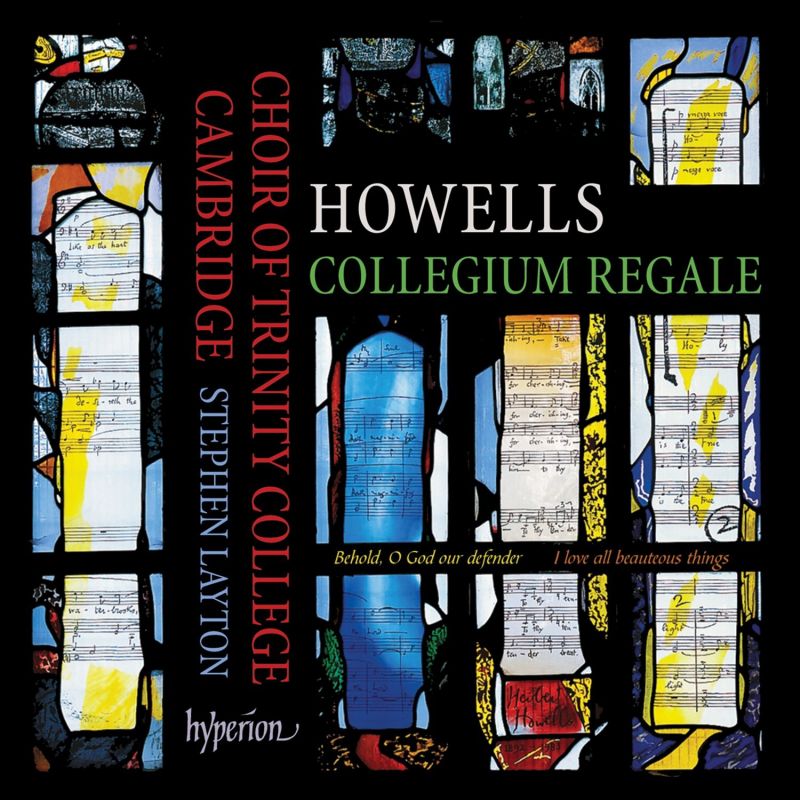 It was indeed fateful that Howells should have found himself in Cambridge during the Second World War in order to stand in for the recently appointed St John’s College organist Robin Orr, who was on active service in RAF intelligence. Having contributed little of any significance to Anglican liturgical music for two decades, Howells found the renewed experience of choral services (one he had formerly known at the cathedrals of Gloucester and Salisbury) highly amenable and invigorating. Thanks additionally to the stimulus of Dean Milner White, one of the Anglican church’s great liturgical innovators, he was persuaded to write his only full setting of the Morning and Evening Canticles for King’s College, Cambridge (‘Collegium Regale’) in 1944 and, with this, began the outpouring of anthems and service music that effectively established his reputation as a composer of church music and as a worthy successor to his teacher, Stanford.

This is a stunning recording in so many respects. Attention to dynamic detail, especially the hushed quality of the Magnificat, brings out the ethereal, not to say numinous character of this highly original miniature, imbued as it is with a whiff of French Impressionism. The splendid recorded sound also allows us to hear the fuller role of the tenor soloist in the Nunc dimittis, close surely to what Howells intended as Simeon’s song of joy, yet shot through with a typically English introspective melancholy. The darker, modal hues of the Te Deum and Jubilate benefit from the lavish role of the Coventry Cathedral organ, especially at points of climax (with which both movements abound), while moments of more characteristic Anglican prayerfulness are shaped by Layton and the Trinity choir with true, intimate poetry. I think particularly of the Te Deum’s magnificent lyrical closing bars – ‘O Lord, save thy people’ – with its reference to plainsong and the contrapuntal intricacy of the ruminative coda ‘Vouchsafe, O Lord’, both of which contrast with the sublime cri de coeur of ‘Let me never be confounded’. It is good, too, to hear the more sinewy Communion Service for King’s, written almost a decade later, juxtaposed with the more fulsome post-Romantic canticles, whose material is reworked with intriguing, cyclic ingenuity.

The other two anthems on this recording, Behold, O God our defender, written for the 1953 Coronation, and the setting of Robert Bridges’s ‘I love all beauteous things’ of 1977, are magical gems, sung here with tender care. And for all those devoted to art of Howells, the early psalm chants and the slightly more mature Rhapsody in D flat of 1917 (a little redolent of Parry perhaps?) provide a window into the world of the composer’s apprenticeship in the organ loft.

I love all beauteous things