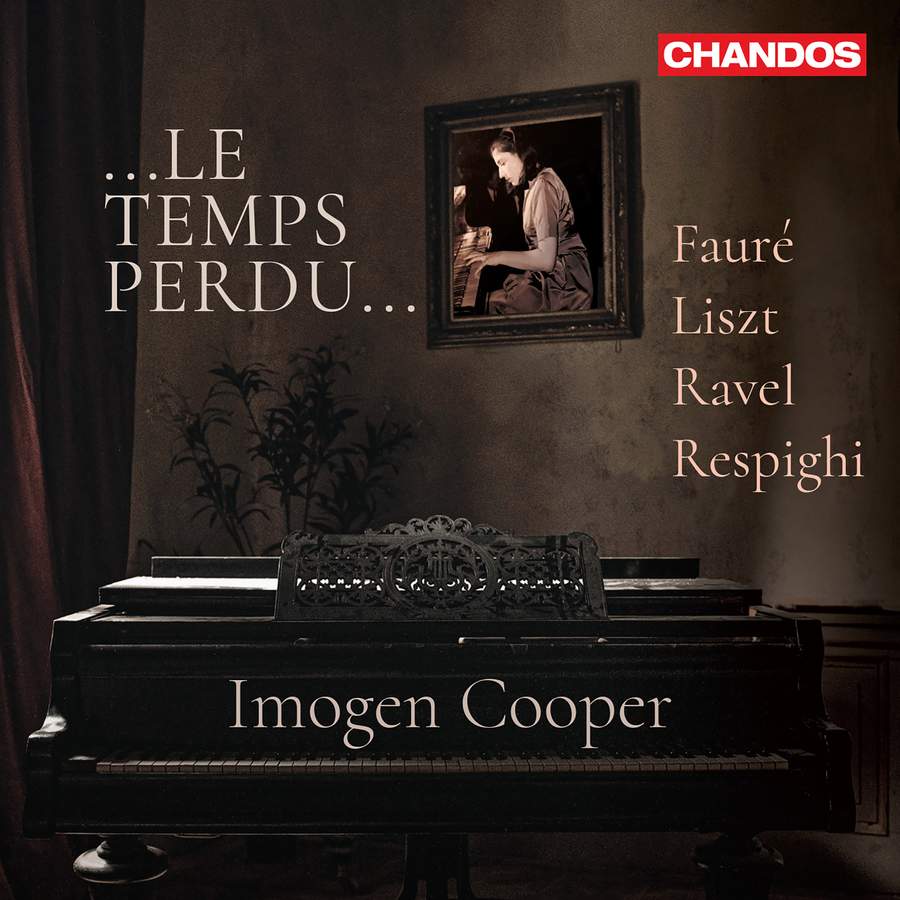 In the charming booklet essay for her stunning new recording, ‘… Le temps perdu …’, Imogen Cooper explains the title’s reference to Proust. The programme consists of works she took up either as a student at the Paris Conservatoire or during her work with Alfred Brendel in Vienna, but which haven’t been part of her active repertoire since. It’s a phenomenon many musicians can attest to. Music, rigorously prepared then set aside, seems to gestate, ripening in the subconscious, only to emerge later transformed. Hence the sense of something long forgotten rediscovered.

Réminiscences de Lucia di Lammermoor, among the earliest of Liszt’s operatic fantasies, was composed just a year after the 1835 Neapolitan premiere of Donizetti’s opera. Cooper obviously relishes this opulent elaboration of the celebrated Act 2 sextet, teasing out the voices with aplomb. One easily imagines Caruso, Galli-Curci, Egener, Badá, de Luca and Journet lined across the stage, giving it their all. If the 13th Hungarian Rhapsody were a gypsy campfire smouldering on the puszta, the embers beneath the ashes would glow white-hot. Cooper ignores any temptation to swathe this music in indiscriminate rubato, giving full rein to its innately rhythmic hauteur. Les jeux d’eaux à la Villa d’Este, centrepiece of the third Année, is a model of judicious pacing and immaculate phrasing. Arrival halfway through the score, where Liszt superscribes the words of St John, ‘but the water that I shall give him shall be a well of water springing up into everlasting life’, sounds, for once, like genuine rapture.

Unsurprisingly, Cooper’s approach to Fauré and Ravel is as close to French as is possible without actually being French, with the added advantage of a foreigner’s objective appreciation. Her intelligent reading of Fauré’s Op 73 Variations, among the most compelling I’ve heard, raises the question of why this splendid work is played so seldom outside France. Following Cooper through this sombre yet wistful theme’s progress seems a metaphor for observation of a life’s experience in retrospect. In Ravel’s Sonatine, too, alongside all the colouristic brilliance, Cooper plumbs expressive depths that make the work seem entirely new. The Valses nobles et sentimentales is the epitome of grace and elegance. It is also tinged with a subtle melancholy, which opens an unanticipated dimension within Ravel’s exquisitely wrought abandon. Jeux d’eau is crystalline, flowing unimpeded.

It’s rare to come across music-making so unguardedly personal. Add piano-playing at once cultivated and supremely natural, all of it delivered from an open mind and heart, and the combination is something you won’t want to miss.