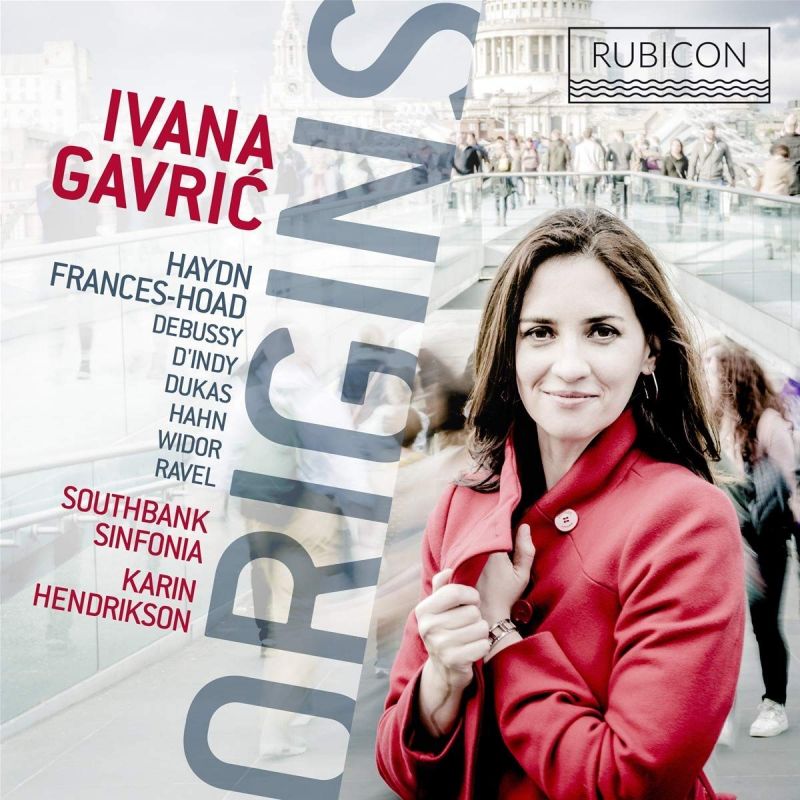 Seven brief homages to Haydn form the centre of this programme: six from 1909 by leading French composers of the day who were commemorating the centenary of Haydn’s death, and a more recent tribute by Cheryl Frances-Hoad. Ivana Gavrić plays all these with clarity, supple grace and a finely shaded colour palette. But it’s the pair of concertos that bookend the programme that are its true heart.

The disc opens with Haydn’s D major Concerto, and in her booklet note the Sarajevo-born pianist explains how her connection with the work deepened when she read that the theme of the ‘Rondo all’Ungarese’ finale might actually be based on a Croatian or Bosnian folk melody. This idea led her to commission a new concerto from Frances-Hoad that would incorporate the unofficial anthem of her hometown, Kad ja pođoh na Bentbašu. Compared with, say, Bavouzet (Chandos, 9/14) or Andsnes (EMI, 4/00), Gavrić’s Haydn sounds rather bluntly phrased, and in the outer movements lacks both sparkle and vivacity, while the slow movement is overly cool. Significantly, perhaps, it’s in Frances-Hoad’s cadenzas that her playing seems to connect emotionally to the music (and, by the way, these concise cadenzas are extremely clever in the way they channel late Beethoven and thus create the same kind of wonderfully jarring stylistic leap that one hears in the cadenza Beethoven later added to his own B flat Concerto).

Frances-Hoad’s substantial piano concerto takes its title, Between the Skies, the River and the Hills, and much of its inspiration from Ivo Andrić’s Nobel Prize-winning novel The Bridge Over the Drina. The evocative opening movement often brings to mind Britten at his painterly best – listen starting around 4'00", where the music’s powerful waves are made woozy by woodwind glissandos – while the central Scherzando has a caustic, Prokofiev-like bite. In the finale, marked Lento lamentoso, the folk melody that was essential to Gavrić’s commision becomes the repeated bass line in a broad passacaglia; this gives solid structure to the movement while simultaneously conjuring an aural image of the tune wandering in search of its home.

The solo part is often quite spare, particularly in the first half of the finale, where it seems to go its own way until 8'32" when piano and orchestra suddenly come together – a stunning moment that packs an emotional punch, and that’s eloquently projected here. Indeed, this is a gripping performance, thanks in large part to Karin Hendrickson’s sure and sensitive conducting of the Southbank Sinfonia. Despite my reservations about the Haydn, this is a most stimulating programme. Warmly recommended.

Between the Skies, the River and the Hills