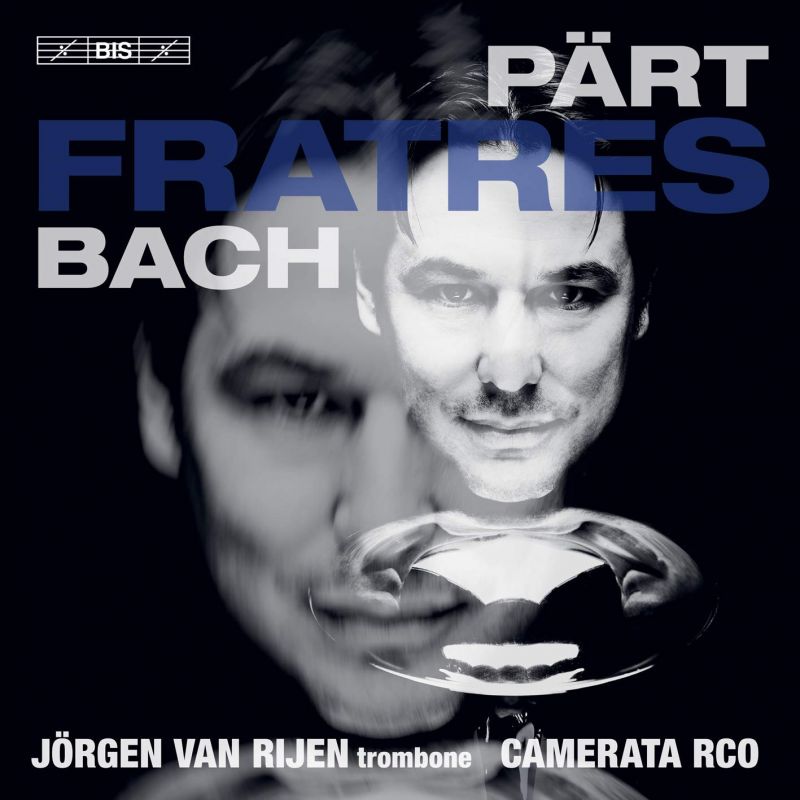 The ever-versatile Royal Concertgebouw Orchestra trombonist Jörgen van Rijen has done a great deal to extend his instrument’s representation on disc by means of new concertos, bold rearrangements and unlikely collaborations. He has taken us into Baroque territory before but this project, which partners two composers who share so much, isn’t without its problems.

The first arrives straight away, with the arpeggio figurations that launch Pärt’s Fratres and the general principle that the ergonomic difference between moving a bow across four strings and shunting a trombone’s slide back and forth inevitably sounds in the performance. However plaintive and musically fluent van Rijen’s playing is, that difference – and the very fact that the all-important reposeful responses come from strings, not brass – trespasses too much on the wellspring purity of the piece. The shades of brown in Pärt’s An den Wassern zu Babel are beautiful but it is the collective ensemble, no single soloist, that makes them so.

Van Rijen’s arrangements are his own – with some tweaking of originals by Christian Lindberg – and while it’s often said that the notes count more than the instrumentation in Bach, I fear the effect here is once more to apply heavy colouring to music that can’t always take it. The Bach concertos can feel stodgy, with unsubtle harpsichord-playing, even before van Rijen’s trombone sound grounds them even more. His sound is rounded, warm and perfect without the rasp we would associate with the Baroque (fair enough, as this makes no claims for historical accuracy) but the instrument can feel unwieldy and his appoggiaturas can sound like slips. Sometimes the instrument appears to be in a world of its own and at others the microphones suggest it literally is, as in BWV891, where the impression is that it’s at the other end of a long room while we’re right there with the orchestra’s strings. The net result, like the disc itself, puts us listeners in a strange no-man’s-land.