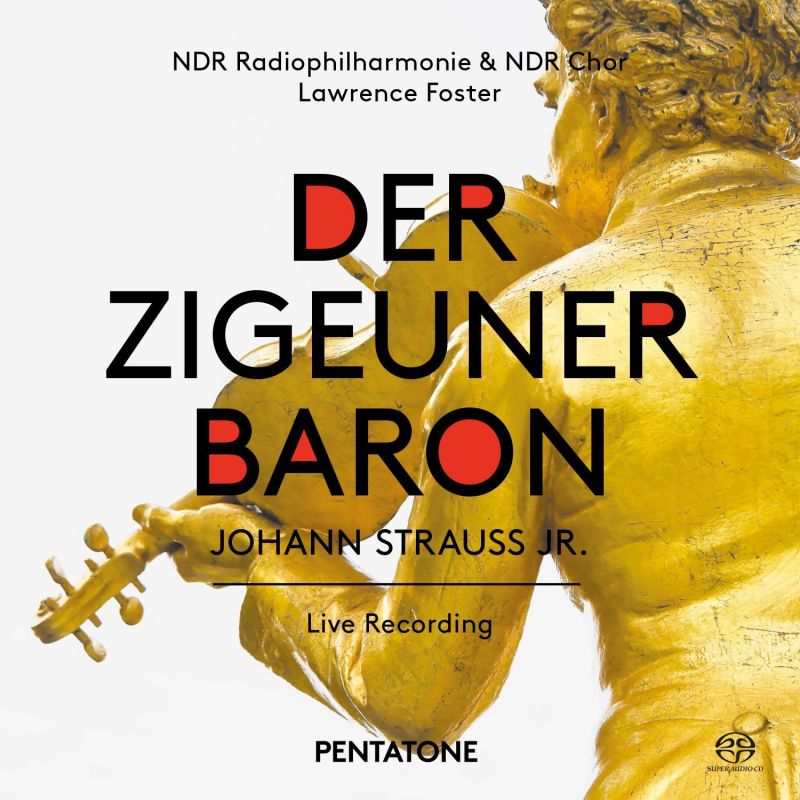 You can rely on Eduard Hanslick to get the wrong end of the stick. ‘Close to the dangerous borderline of grand opera’ was his verdict on Der Zigeunerbaron – to which many operetta lovers would respond, ‘bring it on’. By writing a comedy set in Hungary and Vienna, Strauss may have been hedging his bets in both halves of the old Dual Monarchy. But with its melodic spiciness and dramatic sweep – particularly the magnificently extended finales to Acts 1 and 2 – he might just have created his single most accomplished stage work.

That’s the quality that comes through most strongly in this new recording, apparently taken (the information in the booklet is sketchy) from a May 2015 Hamburg concert performance by the NDR Radiophilharmonie and Chorus under Lawrence Foster. The clear, natural-sounding recording gives more presence to the orchestra than you’d expect from an operetta recording, placing the voices within a broader texture.

The effect is twofold. You become more aware of the sheer beauty and harmonic imagination of Strauss’s orchestral writing – listen to the gently blossoming eloquence of the short prelude to Act 2, or the nature sounds at the beginning of the finale to Act 1. And the whole thing takes on an added gravitas and dramatic depth: particularly in those two finales, which Foster paces with almost symphonic momentum.

But gravitas isn’t, perhaps, the quality you might be looking for in a Zigeunerbaron. Singing might well be, and Foster’s cast is well matched. As Barinkay, Nikolai Schukoff has an agreeable swagger, even if his voice has a tendency to flare at the top. Claudia Barainsky is a red-blooded Saffi and Khatuna Mikaberidze provides depth and tenderness as Czipra. Markus Brück gives Homonay an appropriately patrician bark while Jasmina Sakr as Arsena gets around her coloratura brightly enough. And Jochen Schmeckenbecher, in the great comic role of the pig farmer Zsupán, rolls his Rs with the best of them – though there are certainly riper Zsupáns in the catalogue.

That’s the problem, of course: any new Zigeunerbaron is up against some impossible comparisons. Foster’s team is simply outsung on every front by Franz Allers’s 1968 Munich cast (which includes Nicolai Gedda, Rita Streich and Hermann Prey), and that in turn pales beside Otto Ackermann’s glorious 1954 mono set, still – for style, atmosphere and pure joie de vivre – in a class of its own. It’s rewarding to hear Zigeunerbaron played relatively straight but you do miss those naughty little flashes of glamour that make operetta so toothsome. A touch more paprika might have lifted this out of the concert hall; as it is, it remains – in every sense – a perfectly respectable Gypsy Baron.