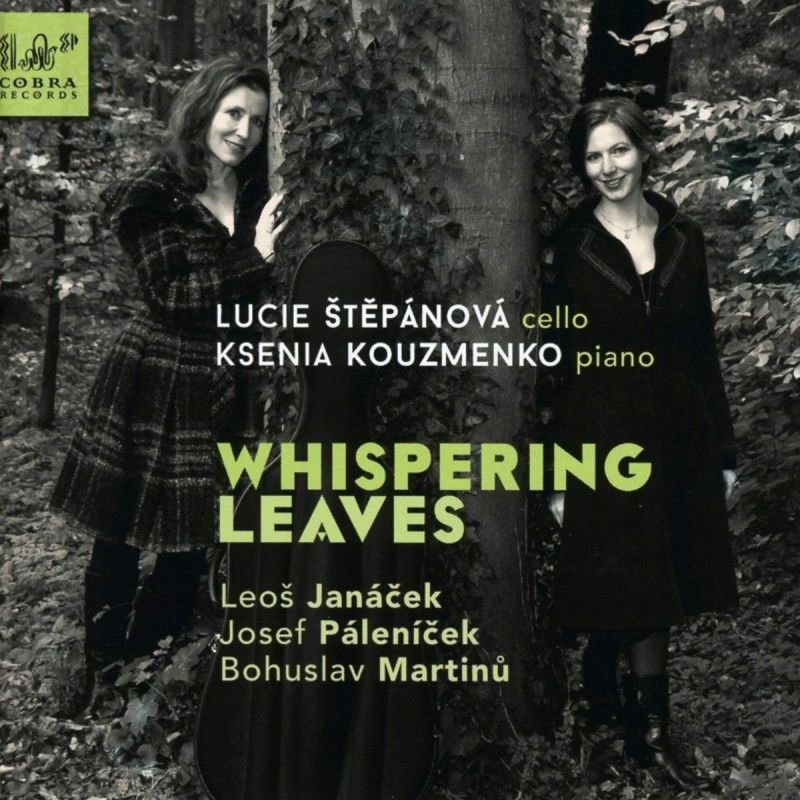 This is a beautifully constructed and rather beautifully played recital of Czech music for cello and piano. At its heart is a real discovery, Josef Páleníček’s Chorale Variations on the Theme ‘O Sacred Head, Now Wounded’ (1942). Remembered primarily as a virtuoso pianist with many fine recordings for Supraphon, Páleníček (1914 91) was also an accomplished composer of concertos (including three for piano), chamber music (a Piano Quintet, String Quartet and more), choral and vocal works. Variation forms feature largely in his output and the present set of nine constitutes a work of extraordinary range and expressivity. The appropriation of the Lutheran chorale acts as a metaphor in reverse for Czechoslovakia’s occupation by the Nazis, the composition occasioned by the Gestapo’s arrest of a local benefactor. Politics aside, it is a masterly work and Lucie Štěpánová and Ksenia Kouzmenko play it in masterly fashion.

Although a noted exponent of Janáček, I can find no trace of a recording by Páleníček of Pohádka (‘Fairy Tale’; 1910, rev 1923), probably the best known of the works here (there are over 40 rival accounts listed by Presto Classical). With measured tempos, Štěpánová and Kouzmenko’s account is worthy of comparison with any; Štěpánová’s tone is rich, with impeccable intonation, Kouzmenko a most sensitive accompanist. The brief encore, arranged by Miloš Sádlo, is nicely done, too.

Martinů’s Second Sonata (1941) is a sterner challenge but again Štěpánová and Kouzmenko provide an account to vie with any competitor, albeit rather slow – over four minutes behind the Watkins brothers, who generate more excitement in the outer movements. Yet the newcomer catches the lyrical essence superbly. Cobra’s sound is first-rate, making this a very recommendable disc.

Sonata for Cello and Piano No. 2