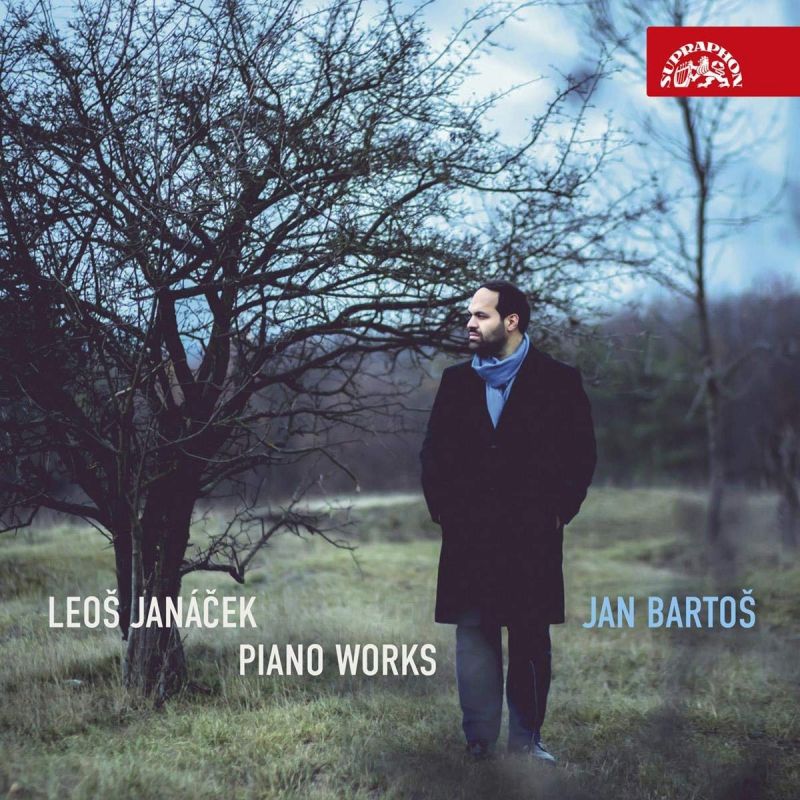 Jan Bartoš follows up his first two Supraphon releases respectively devoted to Mozart concertos (10/17) and Beethoven sonatas (A/18) with an all-Janáček release that easily stands alongside reference Janáček offerings from Rudolf Firkušný (DG, 6/72), Charles Owen (Somm, 7/03) and Håkon Austbø (Brilliant Classics). Like his erstwhile teacher Ivan Moravec, Bartoš accepts and internalises Janáček’s intimate, conversational sound world for what it is, while imbuing the composer’s often stark textures with a fullness of tonal body and shimmering translucence.

At the same time, classical reserve and textual honesty prevail. In the Sonata’s Adagio, Bartoš is one of the few pianists to make the composer’s distinct marcato and staccato directives meaningfully audible. In the opening and closing sections, you’ll hear how Bartoš (as well as Moravec) abruptly releases the sustain pedal so that the quirky semiquaver rests truly register. Even in a catalogue awash with fine renditions of In the Mists (the songful intimacy of Piotr Anderszewski’s live Carnegie Hall recording remains quite special – Virgin/Erato, 8/09), Bartoš uncovers fascinating details to savour. In the third piece, he imparts more of an upbeat lilt to the left-hand line than commonly heard, and observes the central appassionato section’s unrelenting accents without overbuilding the climax and consequently losing the narrative flow. And Bartoš conveys subtle yet noticeable distinctions between the final piece’s rapid shifts between Presto and Meno mosso, an effect easier said than done.

Bartoš’s gifts for finely honed characterisation further come home to roost throughout the On an Overgrown Path selections. Note, for example, his discreet shifts of emphasis on the repeat in ‘Our Evenings’, the perfectly timed accelerando and return to tempo in ‘Come with us!’ or how the gradations of timbre in ‘Unutterable Anguishes’ underscore the middle voices’ implicit commentator role. Although Janáček’s early Theme and Variations contains only traces of his mature style, his sly assimilations of Mendelssohn, Schumann and Brahms are not blatantly derivative. Bartoš clearly relishes details such as Var 3’s obsessive rhythms, while he sings out Var 6 from the bottom up, letting the plangent bass lines lead.

The booklet notes are given over to an extensive conversation between Bartoš and the musicologist Jiří Zahrádka that explores this repertoire in great depth, providing a valuable adjunct to an excellently engineered and highly satisfying release that no Janáček lover should miss.