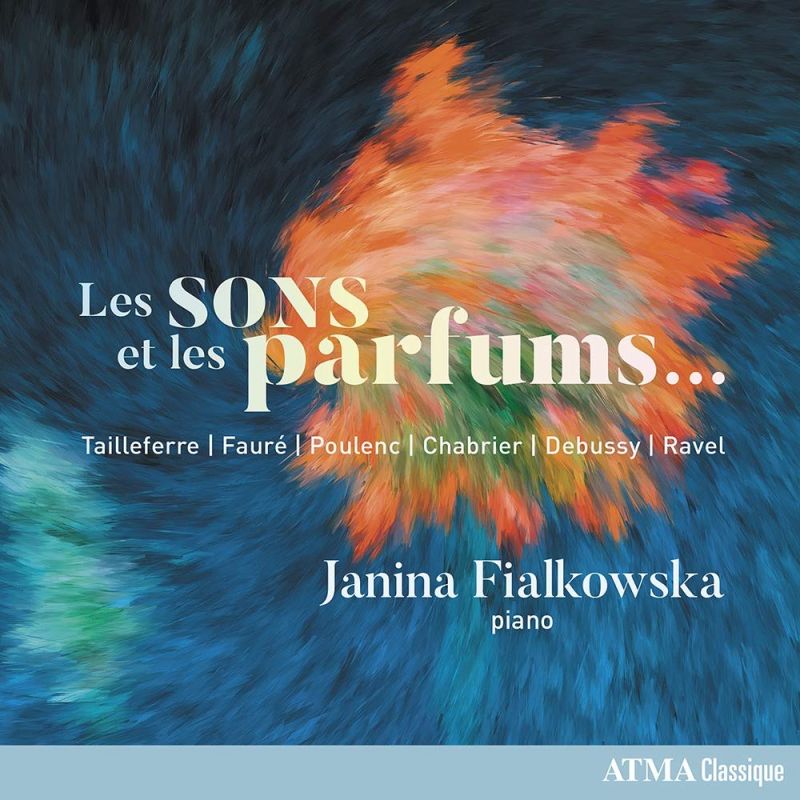 Not since her 1998 album ‘La Jongleuse’ (CBC) have we had the pleasure of hearing Janina Fialkowska in a mixed-repertoire recording. At first, her new ATMA release of French music, ‘Les sons et les parfums …’, might seem something of a departure for an artist steeped in Liszt, Schubert, Mozart and Polish composers from Chopin through Lutosawski and Panufnik. That is until we recall that Fialkowska’s teachers in Montreal, her mother and Yvonne Hubert, and Yvonne Lefébure in Paris were all pupils of Cortot.

Germaine Tailleferre’s 1909 Impromptu opens the programme on just the right note of gracious welcome. In an unusually shapely E flat Nocturne, Op 36, Fialkowska is alive to Fauré’s subtlest indications. The extended middle section maintains a true tranquillo, so that when at last we reach its fortissimo appassionato peak, it is as though we survey the surrounding terrain with awe. The insouciant bonhomie of Poulenc’s Intermezzo provides apt contrast to the highly nuanced Fauré and the sultry languor of Chabrier’s Habanera.

As evocative and delicately coloured as are these four pieces, each creating its own distinct microcosm of sensibility, actually they serve as teasers for the main event: four pieces of Debussy and two of Ravel, played with such sympathy, understanding and stylistic discernment that the personalities of the two composers have never seemed more vividly delineated. In the two pieces from Images, ‘Poissons d’or’ and ‘Reflets dans l’eau’, Fialkowska brings to bear an extraordinary variety of touch, producing sounds that seem tailored to their respective pieces. ‘Les sons et les parfums tournent dans l’air du soir’, from the first book of Préludes, is scintillatingly atmospheric.

Ravel’s Jeux d’eau has a pliant rhythmic spine that lends cohesion to the kaleidoscope of colours Fialkowska unleashes. The Sonatine strikes me as one of the finest on record, and certainly comparable to the reading of Martha Argerich (DG, 8/75).

This programme, selected with such care and affection, is imbued with the character, style and intelligence which are the hallmarks of Fialkowska’s playing. The piece I haven’t mentioned is so overexposed that it has become almost a meaningless cliché. ‘Claire de lune’ is lifted from the context of its suite and presented here as a stand-alone. The highest accolade I can think of for Fialkowska’s music-making is that her conception of Debussy’s shimmering moonlight is so strikingly original, yet stylistically aware and profoundly felt, that it’s as if you’ve never heard it before. There’s simply no one quite like her.