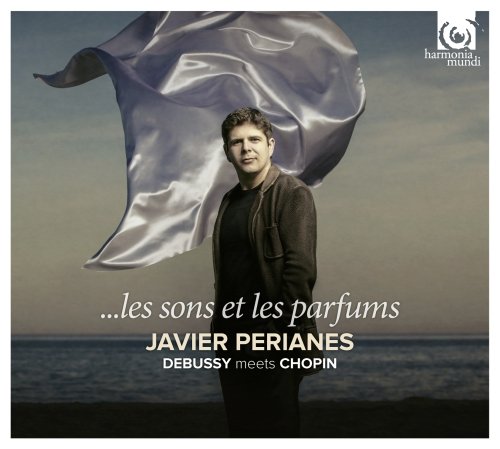 One could quite easily listen to this beautifully recorded disc simply as one which alternates short works by Chopin with short works by Debussy. It’s a novel idea which, though unique in my experience, is an entirely apt and, indeed, obvious pairing. ‘I loved Chopin almost from the moment I began to love music,’ Debussy told the critic René Doire in 1910, ‘and I have continued to do so.’ Debussy’s earliest piano teacher, Madame Mauté de Fleurville, claimed to have had lessons from Chopin himself, though there is no reliable evidence to support this. ‘The important thing was,’ as booklet-writer Yvan Nommick observes, ‘that Debussy believed it, and that this certitude impregnated his musical sensibility at a very early age.’

But this recital goes further. In the booklet and the spoken contributions on the brief, engaging DVD that comes with the recital CD, Nommick and Javier Perianes are keen to pair particular works because of precise, deep-rooted connections. Thus, Chopin’s Berceuse is followed by ‘Clair de lune’, both in the same key of D flat, evoking ‘the magical character of the night’ and ‘affirming the poetic affinities that exist between Chopin and Debussy’. More persuasively, Chopin’s Etude in A flat major, Op 25 No 1, because it shares the same tonality, concentration on arpeggio motifs and even the same circular hand movement in performance, is coupled with Debussy’s Etude ‘Pour les arpèges composés’ (No 11 of the set dedicated ‘to the memory of Frédéric Chopin’).

I am not convinced that the role of trills in Chopin’s Barcarolle and Debussy’s L’isle joyeuse, and the fact that the secondary themes of both are in A major and ‘unfold a flexibly undulating melodic line’, amount to evidence of an ‘obvious kinship’. No matter. It adds to the pleasure of hearing this refined Spanish artist whose sensitivity in these predominantly soft-voiced works is matched by an unerring handling of shape and structure (the fermata before the F minor Ballade being a case in point). And whether or not you think such connections are central or tenuous, the Nommick-Perianes thesis is intriguing and, more importantly for us, works as a most satisfying musical sequence.