JIRÁSEK When the Soul Speaks 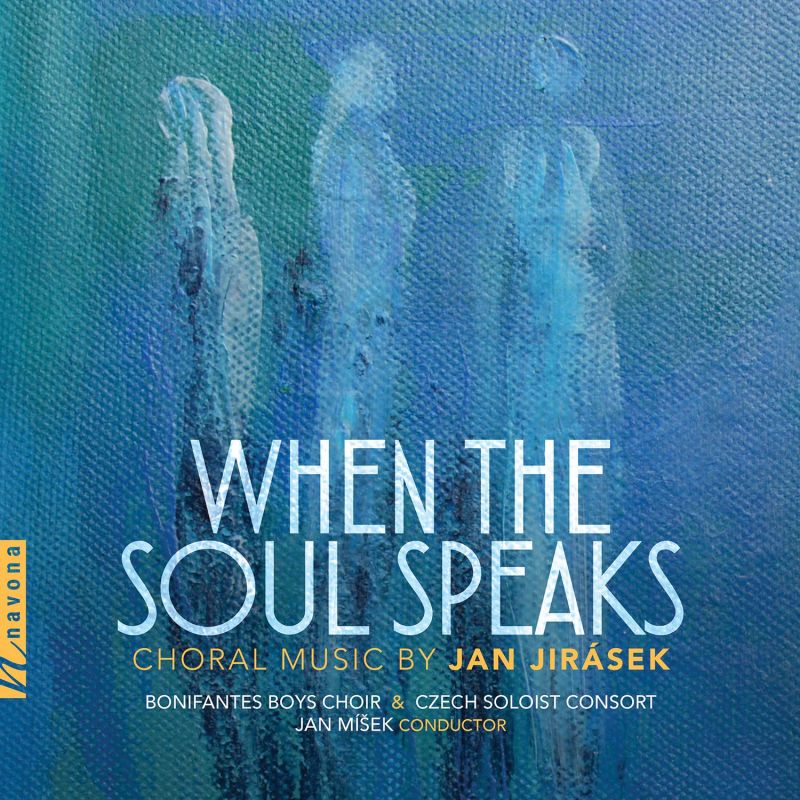 Jan Jirásek’s current representation on disc is quite modest, his most popular recorded work undoubtedly the austere Missa propria (1991 95), sung here – as on Catalyst (nla but reissued by ArkivMusic) – by a cappella boys’ chorus; the version for girls’ chorus (1997) is available on Navona’s ‘Parallel Worlds’ (NV6101), which similarly includes an alternative version of the motet cycle Mondi paralleli (2006 09).

Missa propria catches one’s attention as well as any better-known modern liturgical setting. Structured as a triptych, after an impressive Kyrie eleison Jirásek (b1955) dispenses with the Sanctus, embeds the Miserere within the Gloria and concatenates the Credo and Agnus Dei. There is an over-reliance on vocal portamentos in the later sections, a trait not repeated in the lighter-toned Mondi paralleli, seven brief settings of Latin texts (the Miserere again, Benedictus, Sanctus, Agnus Dei, Te Deum and Dona nobis pacem) interspersed with phrases from Buddhism, Islam and Judaism. After the Mass’s sombre tones it makes valuable textural contrast, but its avowedly inclusive message should not be overlooked.

Most exciting of all, though, is the motet-triptych Tam, kde sláva nepřestává (‘Where glory ends not’), derived from three of the oldest pieces of Czech music and concluding in an electrifying battle for chorus, flutes, bass trombones and drums based on ‘Ye who are warriors of God’. This and all the works are winningly performed, captured in bright, clear sound. A little short-measure at 46 minutes but well worth buying.

JIRÁSEK When the Soul Speaks