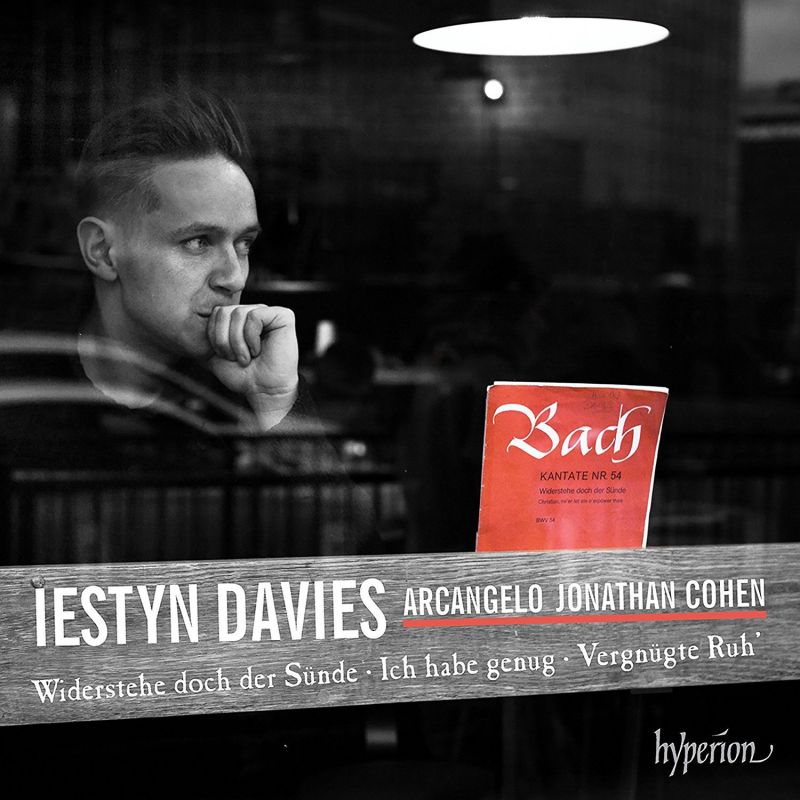 The question is not if but when a distinguished countertenor decides to record the Bach solo alto cantatas. The catalogue offers a remarkable range of individual vocal timbres which seem to influence interpretative parameters to a startling degree. One thinks of Alfred Deller’s small, floating lines unveiling exquisite intimations in Cantatas Nos 54 and 170 (with the young Leonhardt and Harnoncourt and their future wives) testing the historical waters in the early 1950s (Vanguard). At the other extreme, Andreas Scholl projects his honeyed and flexible instrument with richly uncompromising projection (Harmonia Mundi, 5/98).

Iestyn Davies falls somewhere in between the two and yet he is no less distinctive in personality and musical ambition. Jonathan Cohen’s invigorating direction of the top notch Arcangelo and Davies’s extraordinarily questing approach make for a happy balance between abstract delight and rhetorical flair. For example, in the centrepiece of No 170, ‘Wie jammern’ – a world turned upside down by Satan – disorientation is conveyed more by a plague-like itchiness than by the tendency to over-emphasise the imagery. There are a few unsettled moments in No 170 and there have been more close-knit readings between singer and obbligato organ, but the crystalline character here is original and affecting.

Cantata No 54 sits within the small surviving group of Weimar cantatas in which the voice, emblematically at least, sits as primus inter pares in the motet tradition of Bach’s late-17th-century forebears. Davies and Cohen give little quarter to emotional indulgence, as can so often be the case. What ensues is a highly refined essay of beautifully articulated singing and playing; the forward-leaning tempo never appears frenetic, with the opening movement as resolute as Bach clearly intends.

The least well-known alto cantata, No 35, usually makes up the trio but Davies forsakes this and plumps for Ich habe genug. If ostensibly a celebrated bass cantata (which the composer reworked for soprano and flute), the transition to alto works astonishingly well, but only because the soloist is so exceptionally accomplished. ‘Schlummert ein’ with single strings is deeply moving, framed by the supple and poetic oboe-playing of Katharina Spreckelsen.

Two ruddy sinfonias – reworkings of the Brandenburgs – provide agreeably colourful and vivacious interludes. Yet the dominant virtue in this fine collaboration between the outstanding Davies and Arcangelo lies in an unsentimental perspicacity, reassuring in its intelligence and deep sensitivity.