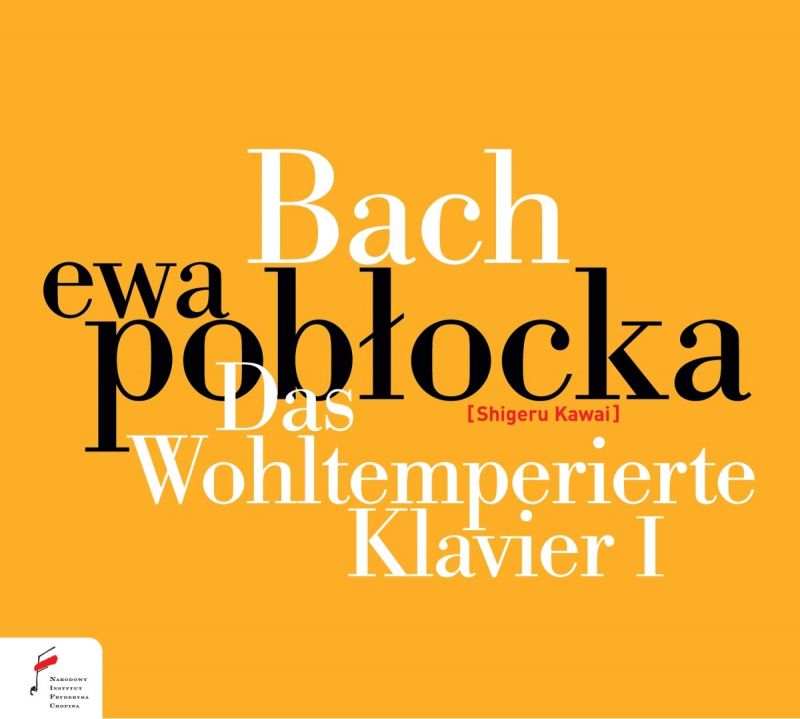 Ewa Pobłocka’s name first came to my attention back in 1980, when she tied for fifth place in that year’s Warsaw International Chopin Competition, and Deutsche Grammophon issued a selection of her performances from that event on a bygone LP. Since then she has pursued a steady and successful career as both soloist and chamber musician, with a sizeable discography to her credit. Gramophone readers may be familiar with her acclaimed performance of Panufnik’s Piano Concerto with the composer conducting (RCA, 5/92), and a terrific recital of Polish songs where the pianist supports the mezzo-soprano Ewa Podles´ (CD Accord, 10/99). I enthusiastically endorsed a live archival 1984 recording of Chopin’s E minor Concerto in these pages last April. A good number of Pobłocka’s recordings, however, are either out of print or difficult to source. I hope that will not become the fate of this remarkable release.

Her Bach has everything going for it: pianistic resourcefulness, keen polyphonic acumen, impeccable taste and an ability to imbue each Prelude and Fugue with a distinct point of view borne out of musical considerations. You notice this from the start. Her C major Prelude unassumingly unfolds at a moderate pace, resonating less like a piano than a murmuring organ, while the C major Fugue sounds like a madrigal featuring four distinct yet unified voices with prodigious breath control. By contrast, the C minor Prelude and Fugue stands out for Pobłocka’s hard-hitting detached articulation. The C sharp major Prelude’s arching phrases remind me of Myra Hess’s similarly unpressured vintage recording, and her fluidly lyrical approach to the C sharp minor Fugue highlights the music’s harmonic poignancy yet appreciably minimises its austere reputation.

Note, too, Pobłocka’s swaggering D major Fugue and how each entrance of the D minor Fugue’s exposition is consistently phrased, down to the slight tapering of the trill. Listen to the E flat minor Prelude and try to focus exclusively on Pobłocka’s careful dynamic calibrations in the accompaniment: what understated sustaining power and legato mastery! By contrast, the F major Prelude and Fugue amounts to a masterclass in how to imbue détaché articulation with the utmost colour and character, not to mention trills that are impeccably precise yet never mechanical-sounding. Her E minor Fugue keeps the motoric momentum in the foreground without losing melodic direction, while her intriguing interplay of voices in the F minor Prelude retains textural distinctiveness and cogency throughout. My comments about the C major Fugue likewise apply to the F sharp minor Fugue’s vocally informed trajectory.

Pobłocka uncommonly downplays the G minor Prelude’s long trills (as did Alexandra Papastefanou in her recent recording – First Hand, 10/18) and emphasises the A major Fugue’s dizzying cross rhythms while giving an extra kick to the subject’s first note for good measure. Listen to the gorgeous conversational quality in the F sharp major Prelude, as if Pobłocka’s hands were a pair of chamber music partners. I’ve rarely heard a comparably upbeat and joyous A flat Prelude, or an A flat Fugue so organically tapered. The G sharp minor Prelude is a particularly inspired example of Pobłocka’s controlled freedom and imaginative voicings. She holds interest in the long and difficult-to-sustain A minor Fugue by terracing the dynamics and incorporating myriad alternations of touch and timbre. And Pobłocka’s soaring alla breve reading of the B minor Prelude differs from the measured tread of, say Daniel Barenboim or Edward Aldwell. Although she takes her time over the B flat minor and B minor Fugues, Pobłocka’s strong inner rhythm and subtle organisation of dynamics keep the music alive in every bar.

One can take issue with occasional tenutos that verge on mannerism (Pobłocka’s phrasing of the E flat Prelude’s introduction), or how she glibly trots out the F major Prelude. But such quibbles are inconsequential in face of this pianist’s heartfelt musicality, enhanced by attractively full-bodied sound and a beautifully regulated Shigeru Kawai SK EX concert grand at her disposal. Wary as I am of superlatives, I can claim without hesitation that Ewa Pobłocka’s Well-Tempered Clavier Book 1 encompasses some of the greatest and most fulfilling Bach pianism on record. I look forward to Book 2.