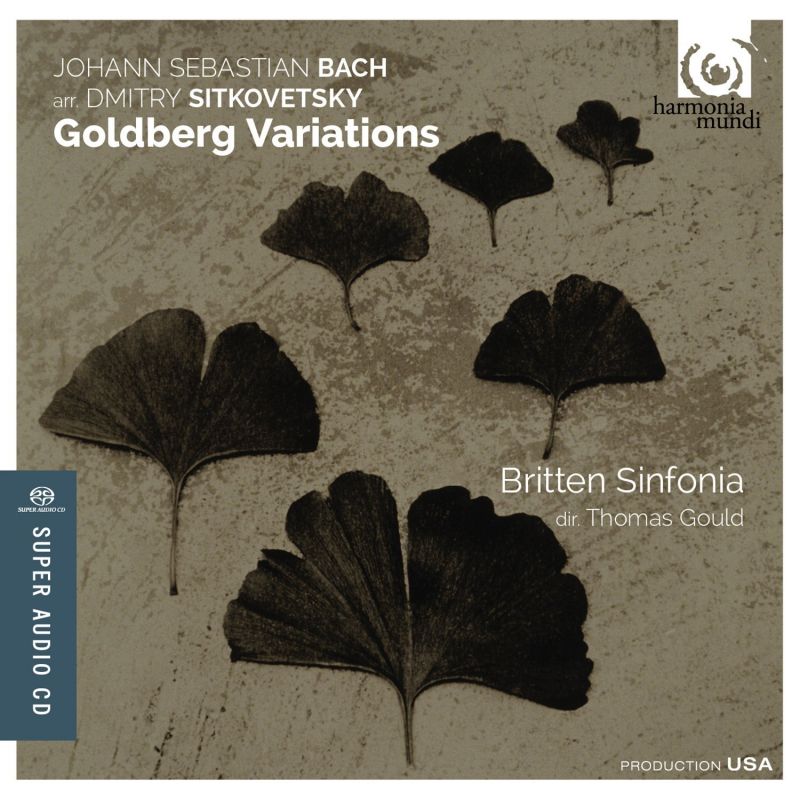 To what extent is one listening to the ‘arrangement’ rather than the piece? It’s a question which has frequently arisen in the life of Dmitry Sitkovetsky’s highly durable 1985 transcription of the Goldbergs. Informed by their constant exploratory zeal in old and new terrain alike, the Britten Sinfonia shift the balance emphatically towards uncovering the breathtaking inventiveness of Bach through the vessel of the medium. If the Leopold String Trio (Hyperion, A/11) gave us a stripped-down, supercharged template of the arrangement, then this takes us on a significantly more kaleidoscopic tour.

From the baleful and mysterious opening theme (Thomas Gould’s capacity for beguiling intimacy reappears, satyr-like, in Vars 13 and 25), timbral suppleness, fizzing roulades and tight-knit dialogue predominate. Employing all repeats, this becomes a patiently unfolding set of considered perspectives, of various tutti and chamber textures, taken to the edge in the delicacy of articulation and luminosity of counterpoint and by an inexhaustibly ambitious fleet-of-foot ensemble celebrating Bach’s mesmerising au courant figuration. When we reach the framing sweetness of the Fughetta and the Canone alla quinta, the Britten Sinfonia have established plangency and puckishness as their prime twin conceits.

The occasional default to staccato playing is doubtless the result of the inevitable stylistic fear of falling unguardedly into a world of dated and swooning modern-instrument Bach. It becomes, however, something of an irrelevance with the tender and vibrato-less Canone alla sesta (Var 18), after which the next tableau of movements reveals the individual and collective brilliance of the Britten Sinfonia’s reading, not least in its heightened emotional coherence.

Such attributes lie at the heart of all memorable Goldberg performances. Unmissable is the desolation of the Adagio (Var 25), a set piece of especially astonishing refinement whose impact not even the ruddy Quodlibet denouement can diminish, especially after Thomas Gould’s thoroughly lived-in final Aria. Stellar Bach-playing.