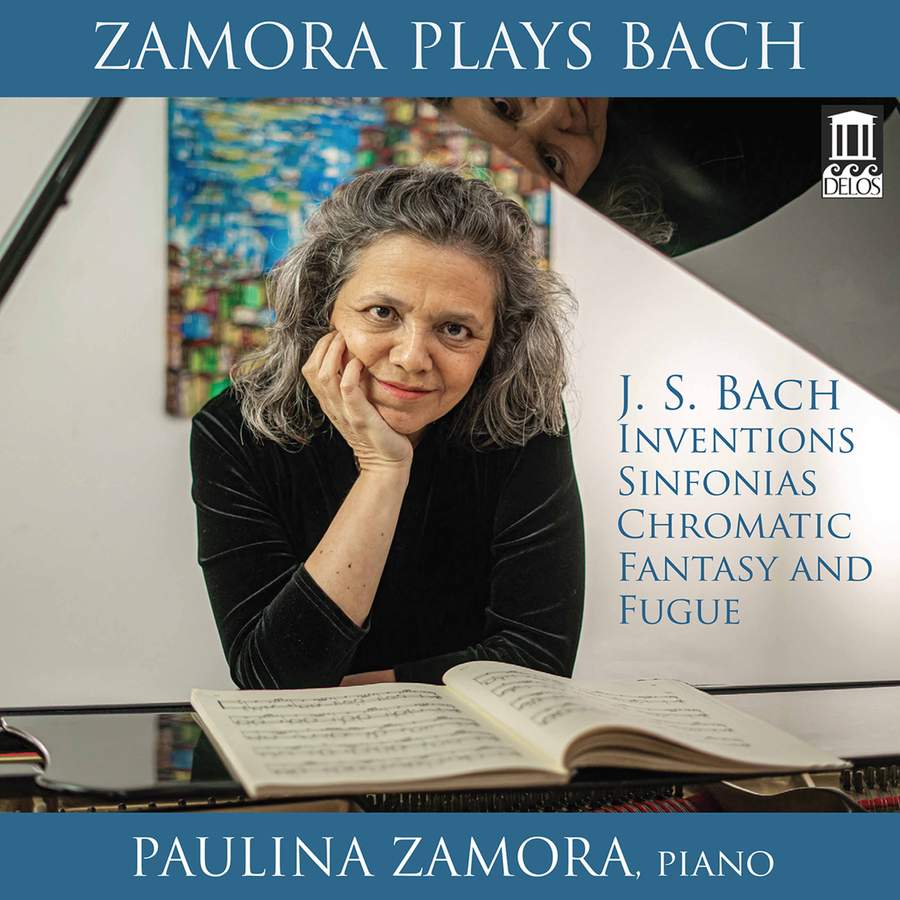 Paulina Zamora certainly has Bach’s Inventions and Sinfonias under her fingers, and she plays clearly and cleanly at all times. To be sure, she doesn’t convey character with the consistency of pianists as divergent as Peter Serkin, András Schiff, Glenn Gould, Angela Hewitt or even Simone Dinnerstein. As a result, Zamora comes off relatively prosaic in pieces such as the C major, D minor, E minor and C minor Inventions. Her tiny tenutos throughout the sublime F minor Sinfonia sound less genuinely expressive than generically predictable as the music proceeds, while the G minor Sinfonia is statically slow. On the other hand, certain Inventions catch you by surprise: Zamora’s brusque and businesslike B flat, a scampering F major or an emphatic, boisterous E flat.

Considering the breadth of individuality, drama and pianistic resourcefulness one finds in numerous recordings of the Chromatic Fantasia and Fugue, Zamora’s straightforward yet unremarkable interpretation ranks around 25th from the top on a scale of one to 100. Still, one must credit her for maintaining the fugue’s textural transparency and basic tempo throughout, whereas one particular Bachian ‘high priestess’ always got heavier and slower in live performance.

I once made fun of a colleague’s describing a recording of Tchaikovsky’s Sixth Symphony as ‘a Pathétique for everyday use’. But now I’m tempted to use that very line to sum up Zamora’s good, honest and workmanlike Bach pianism.