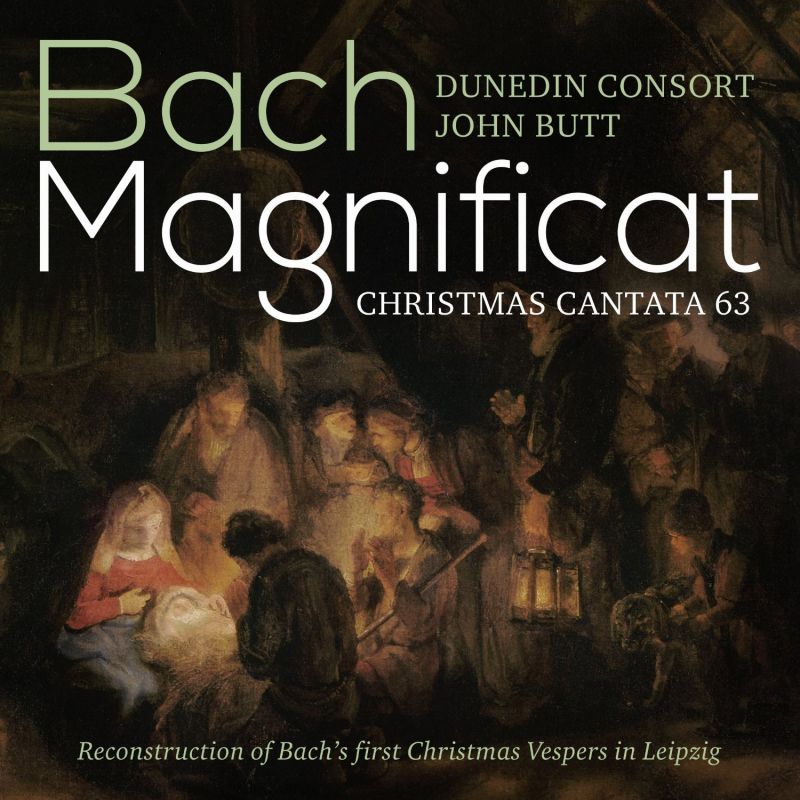 We have got used to the idea now that, coming from the Dunedin Consort, core works will not be quite as they first appear. The Bach Magnificat here is not the piece in its familiar D major version but its original manifestation, cast in E flat and with some slight textual differences, while further potential surprises are that the disc starts with a Gabrieli motet and that the Magnificat doesn’t appear until track 13. The reason, of course, is that this is another of director John Butt’s liturgical reconstructions, this time of Vespers in Leipzig’s Nikolaikirche on Christmas Day 1723, Bach’s first in the job of Kantor. The Magnificat thus gains four delightful little Christmas interpolative movements and sits within a longer programme of congregational chorales and organ preludes (shared between Butt and Stephen Farr on the marvellous organ of Greyfriars Kirk), the Gabrieli and the lyrical, lithe, trumpet-bright Cantata No 63. A full reconstruction would have been too long for the CD, so some extra preludes and a clutch of chant-prayers are downloadable free from the Linn website, where you can also read Butt’s scholarly booklet‑notes.

As usual the forces are small-scale, save for two lusty congregational hymns (adorned with enjoyably headstrong organ improvisations). The Magnificat itself is exciting, fresh and faultlessly paced: the crystal stream of the first chorus, the ‘Et exultavit’ taking just enough time to allow Joanne Lunn to shape her phrases, the compelling build in ‘Fecit potentiam’ to a timpani-powered conclusion – so many interpretative decisions here seem the right ones. The sound (helped perhaps by the low pitch of A=392Hz) is a treat for the ear; the vocal soloists are lucid and distinctive, so that altogether this vital performance is not just a genuinely fascinating new slant on a familiar masterpiece – as the Dunedins’ St John Passion was (3/13) – but a joyous re-encounter with an old friend.

As for those good churchpeople of Leipzig hearing it for the first time, how they must have marvelled at the man they had hired!