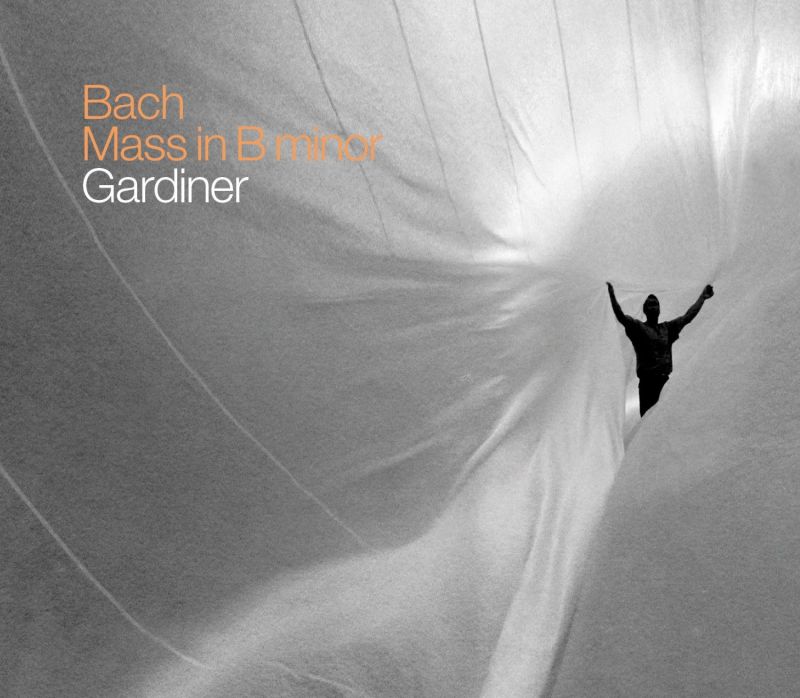 The degree to which conductors are more or less synonymous with particular works is a largely subjective matter, though few would argue that the Mass in B minor captures with special pertinence the flavour of John Eliot Gardiner’s distinctive contribution to music-making over 50 years of professional life. While he has only recorded the work once before, in 1985, performances of the work have peppered his career in all four corners of the globe. That recording was something of a yardstick at a time when the pioneering compact disc coincided with the second birth of the ‘early music movement’ in tsunami mode: Gardiner let rip, in short, with a towering performance of blazing choruses and oratorian solos, firmly planting his feet in the DG space that Karl Richter had vacated with his early death four years earlier.

If that performance now seems uncontained in a bristling vigour of varying durability, the intervening 30 years have transformed Gardiner’s B minor with his consistently impressive Monteverdi Choir and English Baroque Soloists from something less culturally reactive and adrenalin-driven towards a more contained, pictorial and inhabited ideal, though no less energised. If there was anything Gardiner learnt from the monumental traversal of the cantatas during that great millennium year, it was to take longer-breathed interpretative positions with Bach and to know when to let the singers, especially, and the music do the work.

From the outset here, Gardiner’s meticulous grasp of the detail and architecture in tandem is almost terrifyingly auspicious. The Kyrie has never felt more naturally contrasting in both that respect and in the etched placement (some might find it a touch too articulated) of the fugal entries; it’s a ‘melos’ – an unbroken evolution of line – which becomes especially evident from the tautly conceived ‘Et in unum’ and the most luscious ‘Et incarnatus’, each underpinned by skilful dynamic contouring.

Indeed, the idea of the Mass as Bach’s ‘summa’ anthology (a work that may never even have been conceived as a single piece) has often inhibited that elusive golden ‘arc’ where the culminating ‘Dona nobis’ feels magnetised to all before it. How can it be uncovered without pressing too hard on the tempi or under-curating those reflections of discrete stillness? If Brüggen’s first reading with its purity of abstraction comes close in its controversially instrument-heavy recording and, more recently, Jonathan Cohen’s elegant and generous account asks further questions – albeit in the difficult acoustic of Tetbury Church – we have a further vision here with Gardiner’s extraordinary, single-minded, quasi-mathematical proof.

It starts with peerless choral singing, the trumpet-led movements bolted into an unerring tactus and purring through the gears; the ‘Et exspecto’ with its luminous lead-in is quite miraculous, as is the shining portal of the Sanctus. Such is Gardiner’s dramatic placement that the predominance of D major never palls. Less consistent are the solo movements. Gardiner’s policy of showcasing young vocal talent inevitably leads to occasional gaucheness and some hints of tiredness, but the price is small: there is much that is winning, and the ‘Laudamus te’ (Hannah Morrison) is one of several examples of fresh tenderness.

Out of this youthful paradigm emerges an especially corporate endeavour, one that challenges pre-conceived ideas on vocal and instrumental ‘role-play’, and celebrates Bach’s endlessly sophisticated relationship between players and singers: perspectives where our modern ears are forced to re‑evaluate expectations within our conventional understanding. This is borne out in many ways, none more than the dialogues of the ‘Quoniam’, where the bass, horn and bassoons fulfil many purposes in a changing canvas.

Gardiner’s admiration for this work is palpable in every bar, perhaps over-curated for some; and if so the softer-hues of Cohen may be preferred. But in the grip of its conceits and its virtuoso executancy, captured in the strikingly immediate recorded sound of LSO St Luke’s, this High Mass joins a distinguished discography at high table.

Bach Mass in B minor