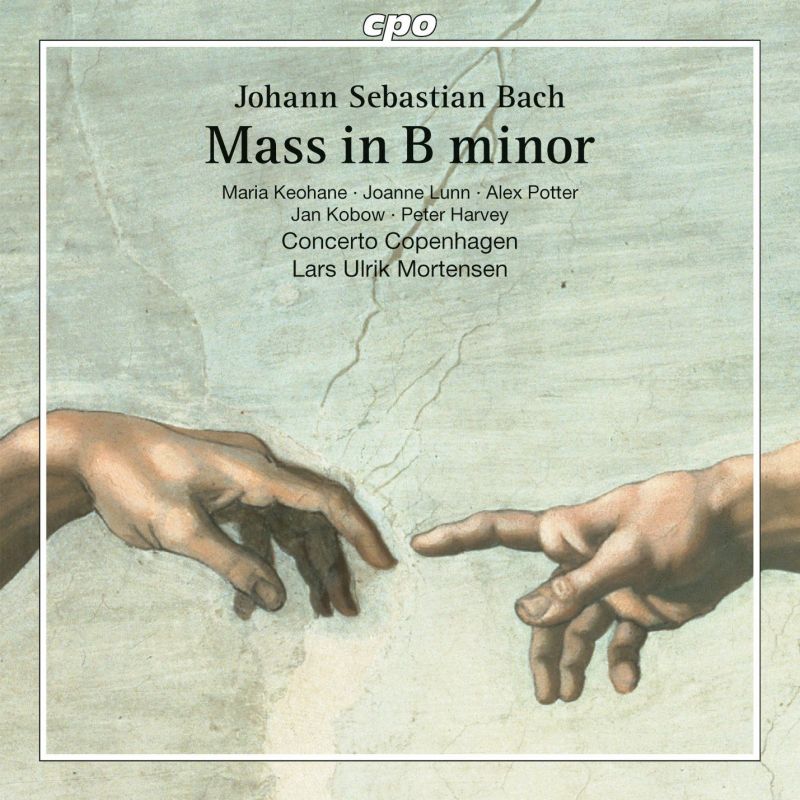 There are a plethora of period-instrument recordings of the B minor Mass big and small, from The King’s Consort’s 73 players and singers (Hyperion) to Cantus Cölln’s 29 musicians (Harmonia Mundi). It is futile to debate whether there is a meaningful pecking order of recordings of the piece, let alone a single benchmark version. Concerto Copenhagen and Lars Ulrik Mortensen adopt the minimalist one-voice-per-part approach to the choir, as advocated by the research of Joshua Rifkin and Andrew Parrott: 10 expert voices have been chosen shrewdly, with five ‘concertino’ singers (the soloists) reinforced in choruses by an additional five ‘ripieni’ voices.

Polemical debates about performance practice will continue to rage on and will probably never be settled satisfactorily, but in the meantime open-minded Bachians might be content to simply evaluate each performance according to how successful it is in reaching a clear set of aesthetic aims. To my mind, Mortensen’s special performance, which is full to the brim with insightful musicianship and has a refreshing avoidance of contrived formulas, comfortably joins Parrott (EMI), Junghänel and John Butt (Linn) as the finest examples of this kind of perspective on performing Bach’s monumental sacred masterpiece.

The opening strains of the Kyrie are phrased compassionately, and the unfurling fugue has an impeccable balance and shapeliness, with an equal democratic balance between the instrumentalists and singers achieving results that are both coherent and eloquent. Mortensen nurtures a natural flowing momentum throughout proceedings; the trumpets, oboes and drums in flamboyant D major choruses achieve conversational transparency, with a convivial dialogue between the choir and orchestra preferred to the kind of bold punchiness one often encounters in grander conceptions. It is gratifying to hear ‘Cum Sancto Spiritu’ in a courtly manner instead of seeming like a hyperventilating bull charging at a gate (there is definitely a place for the thrills and spills of a more impatient method, but not in this performance). The double-whammy of ‘Et incarnatus est’ and ‘Crucifixus’ receive rapturous performances during which the instrumentalists obviously listen and respond attentively to the five concertino singers. The tenor cantus firmus in ‘Confiteor’ is projected too weakly, although the immaculately balanced polyphony proceeded to take my breath away at the transition into ‘et exspecto resurrectionem mortuorum’.

Maria Keohane and Joanne Lunn combine to beguiling effect in an understated ‘Christe eleison’, and the latter sings ‘Laudamus te’ radiantly in partnership with Fredrik From’s sophisticated violin obbligato playing. The musical conversation between oboist Antonie Torunczyk and countertenor Alex Potter in ‘Qui sedes’ ebbs and flows sweetly. Peter Harvey’s ‘Quoniam’ has dignified gravitas (and tasteful horn-playing by Ursula Paludan Monberg), and Jan Kobow sings poignantly in partnership with flautist Katy Bircher in the Benedictus. Moreover, each concertist astutely shades their leading of each strand within contrapuntal choruses. The individual components are routinely marvellous, but Concerto Copenhagen produce something much more than the sum of its parts: one of the most profoundly captivating interpretations to have emerged recently.