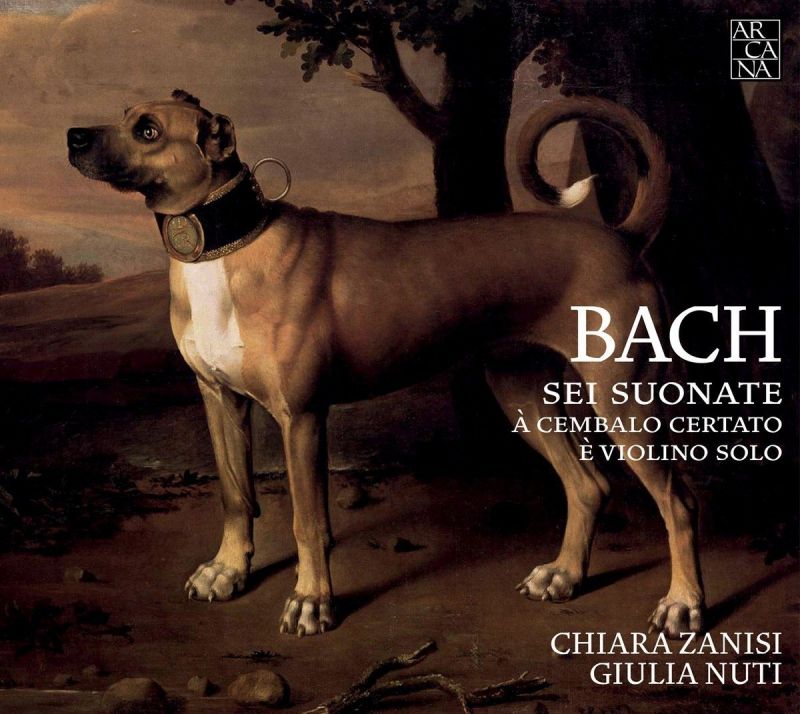 Even before hitting the stereo, this first solo recording from violinist Chiara Zanisi was looking rich with promise, because while her name may be relatively unfamiliar, she’s a longstanding regular within top early music ensembles such as Ton Koopman’s Amsterdam Baroque Orchestra. The presence of harpsichordist Giulia Nuti was an equal draw, as her own first solo recording, ‘Les Sauvages: Harpsichords in Pre-Revolutionary Paris’, won the Diapason d’Or in 2014.

This is indeed very beautiful, too. Their starting point has been the belief that Bach’s music has both an aura of magic and an almost divine form, and the translation of that into performance has yielded warmly fluid readings, and a clear-toned sound from Zanisi (on a 1761 Gagliano) that carries a beguiling twin quality of strength and etherealness. Her technique and shaping are equally lovely; elegant ornamentations, perfectly judged ebb and swell to sustained notes, and faster passagework sounding so at ease that its true complexity often washes over you.

One little quibble is that sometimes Nuti and her harpsichord slightly lose out to the violin in the overall balance, for instance in No 2’s Allegro assai, where you really have to listen in if you’re to appreciate the very real dialogue going on. However, this isn’t a universal issue across the recording, as is demonstrated by the opening movement of No 5. Here, Nuti’s gently sombre reading really is given the space to shine, and not simply because of the violin’s husky mute and Zanisi’s sensitive duetting.

One final aspect worth commenting upon is the acoustic itself, which is a warm, relatively soft-focus one. And all this adds up, for those readers actively in the market for a recent recording of these sonatas, to a contrasting and equally valid alternative to consider alongside Leila Schayegh’s more brightly textured offering from last year, which was so well received in these pages.