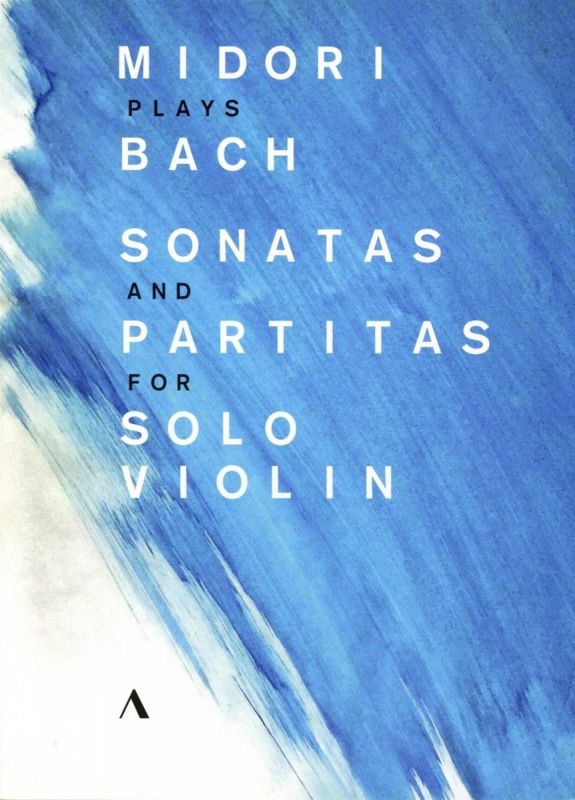 How to get close to the authentic Bach has been both Midori and Begelman’s starting point for tackling this much revered and recorded Everest of the solo violin repertoire, and their respective solutions to this age-old conundrum are strikingly different.

First up Midori, with a DVD filmed by Accentus on which she brings the music ‘home’ to the castle at Köthen where Bach wrote it, performing it in the castle’s various rooms. The idea is a nice one, and it’s equally nice to be able to watch the immersed concentration on Midori’s face as she puts in her graceful, heartfelt, neatly ornamented and technically superb performances, all couched within a timeless stylistic playing approach. However, there’s ultimately something rather emotionally removed about this whole package, and part of the problem here is actually the castle itself; because while once certainly it teemed with the footsteps of Bach and his music, and a whole lot more human colour and mess besides, these days it’s a sparsely furnished museum in which Midori plays marooned among glass display cases. It’s like playing in Sleeping Beauty’s lifelessly slumbering castle, and that sense of disconnection continues with the five short interviews where her gaze is focused on an off-camera interviewer; she never looks us in the eye. Add some rough editing and camerawork, and although the sleek packaging’s promise that ‘music and space merge exclusively in the acoustic offered by location’ is partially realised – it is fascinating the way the violin works in these intimate-sounding rooms – you nevertheless emerge feeling rather dissatisfied.

Begelman’s thoughts on Bach meanwhile come not from the (beautifully engineered studio) acoustics of his surroundings but from his own inner obsessings over the private personality who produced these masterpieces. ‘I would like to know what he was thinking about, serenely sipping his beer in the evening’, he muses in his booklet notes. ‘What grief and despair did he experience at the loss of his child? Yet, strict and reserved, Bach looks down at me from the famous Haussmann portrait, barring my way into his inner world’; and if you’ve never had similar imaginings yourself, Begelman’s subsequent readings should lead you down that dream track. Full, strong and vibrantly toned, technically superb and beautifully ornamented, these are fresh and immensely human-sounding in contrast to the divine quality we hear from Midori. Dance movements energetically propulse forwards, never losing sight of the rhythmic metre even when giving it a playful tweak. Then there are the truly introvert moments. The vulnerable nakedness of the C major Sonata’s Adagio, for instance, with its vibrato-less piano, notes barely sustained, all of which makes the subsequent fugue’s direct tone and tiny injection of vibrato carry especial power. Then there’s the famous D minor Chaconne, because from the moment Begelman’s bow bites the strings for his clipped and punchy opening chords you realise that this is not an interpretation with heavenly aspirations but one articulating the painful buzzings of a human mind not remotely at rest; if this was indeed an epitaph to Bach’s deceased wife, Begelman hasn’t given us spiritual grieving acceptance but, instead, ‘why?’.

One final thing. If you want a visual from Begelman to compare with the Midori, his streamed album contains a joyful bonus encore of the E major Partita’s Gavotte filmed in the Kunsthaus Zurich (Museum for Modern Art); so another museum, but artfully filmed, acoustically warmer, with Begelman himself sauntering through it as he plays, clearly at ease with his musical and physical surroundings.