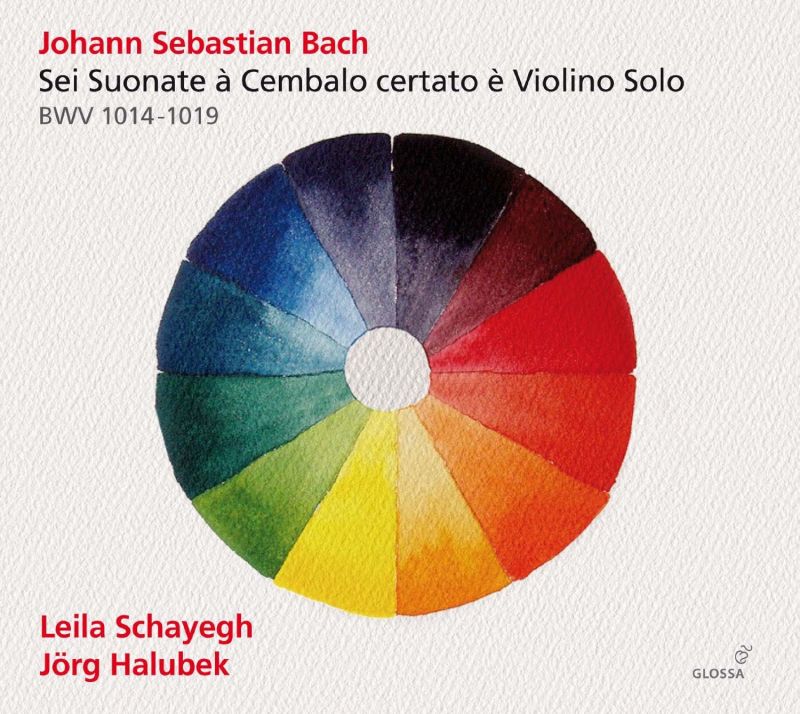 Leila Schayegh is not yet among the most familiar names in the Baroque violin world, perhaps because the sonata recordings she has made so far have tended to be of composers such as Caldara, Mossi, Franz Benda and CPE Bach. The Benda was warmly received in these pages (5/12), and it was her 2014 disc of CPE Bach with harpsichordist Jörg Halubek that first caught my attention. With JS Bach’s sonatas for violin and obbligato harpsichord, though, she now tackles repertoire that is not only considerably higher in quality but which also has a discography which features most of the best Baroque violinists of the last 40 years. That she does so with distinction is testament to her secure technique and shining tone (these pieces are merciless to anyone with a timid sound or dodgy tuning), as well as to the clear vision she and Halubek share of how each of the sonatas expresses itself.

Technical prowess certainly stands them in good stead in the faster movements, which bowl along at speeds that are fast enough to be exciting and carefree without ever sounding rushed (eg in the finale of Sonata No 3). But it is in the slower movements that this duo excel, regularly finding atmospheric beauties and depths in them that many others have either missed or are simply unable to achieve. The very opening of No 1 lets you know that you are in for something special with the most exquisite messa di voce from Schayegh, and a natural control of line and phrasing that is reproduced throughout the set in some of the most beguilingly lyrical music Bach ever wrote. Even more impressive are the eloquent dialogues she and Halubek conjure in these movements, for instance right from the seductively posited curlicues of No 2’s first bars or in the warm and intimately involved exchanges of the Largo of No 5. Add to that convincing ornamentation, the compelling colourings of a wooden mute in the Adagio of No 4 and a leather one (nestling against the harpsichord’s four-foot register) in that of No 5, and an individual view of No 6 that surprises in the sombre complaints of the second movement as well as a light-footed finale, and this recording is a true joy. Let’s hope for plenty more where it came from!