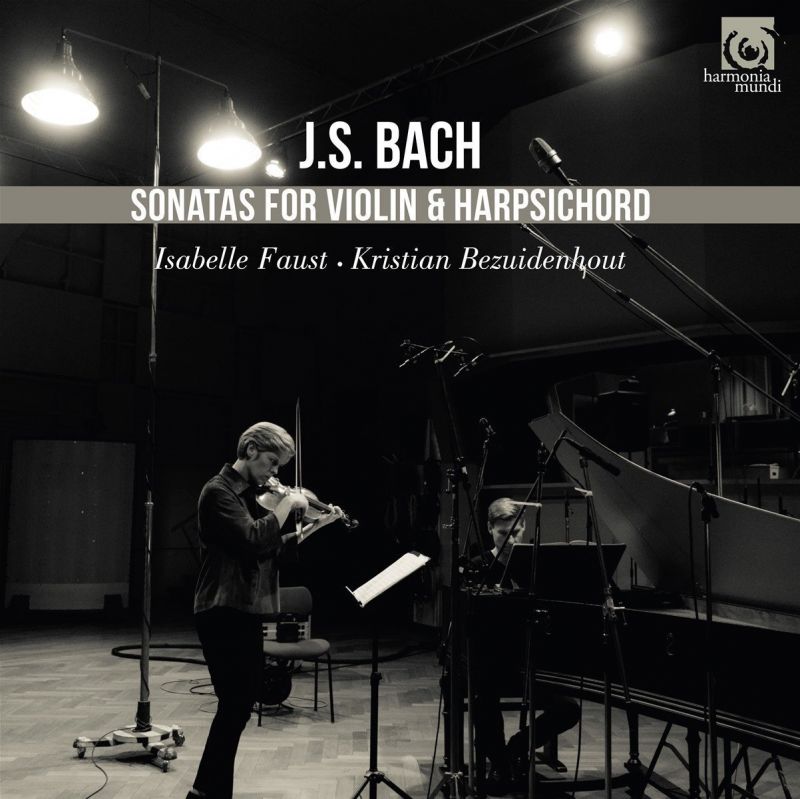 Confession time: I first encountered Bach’s sonatas for violin and keyboard when I heard Yehudi Menuhin soaring deliciously above the plodding harpsichord of George Malcolm and the apprehensive gamba-playing of Ambrose Gauntlett. At least that was the slow movements; in the faster ones Malcolm suddenly came back to life, while Menuhin became less secure.

This is perhaps why it took me a long time to love these sonatas – a reminder of how much recordings can shape our view of repertoire we don’t know. So if someone discovered these pieces through this new set from Isabelle Faust and Kristian Bezuidenhout I like to think they’d be instantly won over by the music. The harpsichord is a fabulous copy by John Phillips after a Johann Heinrich Gräbner instrument loaned to Bezuidenhout by Trevor Pinnock. And Faust has borrowed an equally characterful Jacobus Stainer violin from 1658 which, as Bezuidenhout puts it in his fascinating essay, ‘has the necessary brilliance to cut through some of the more sumptuous keyboard textures’.

Faust and Bezuidenhout played these sonatas a lot in concert before taking them into the studio and it shows – both in the detail and the trust that allows for real risk-taking. Sample the Fourth Sonata, for instance. Faust’s dynamic phrasing of the held notes in the second-movement Allegro gives the line great character, Bezuidenhout seeming to breathe with her, while the finale is full of sparkle and energy but never breathless, the ornamentation sounding entirely inevitable. Something as simple as a sustained note (the opening movement of the Fifth Sonata) is exquisitely coloured and Faust’s double-stopping in the third-movement Adagio has a wondrously confiding quality.

In the opening of the First Sonata, Bezuidenhout is so beguiling that you hardly notice Faust stealing in, pianissimo. Her subtlety is matched by Rachel Podger with Trevor Pinnock, though Faust finds an even greater plasticity of line which is very winning. The fantasy of the opening Adagio of No 3 is also alluring on this new set. Once you add a viola da gamba to the mix, the balance changes and you’re less aware of the violin; and while Manze is always compelling intellectually sometimes I found his tempos a little staid (for instance in the finale of the now gamba-less First Sonata). Richard Tognetti is a wonderfully creative player but the switching between harpsichord and organ even within sonatas is somewhat eccentric. Faust and Bezuidenhout bring these sonatas alive without recourse to gimmickry – sample the joyous closing movement of the Third Sonata.

Can I find fault with this set? No, I cannot. It’s an eloquent and beautifully recorded homage to the composer and demands to be in the collection of all Bach lovers post-haste.